The Queen was ‘patient’ and ‘kind’ with ‘difficult’ mother-in-law Princess Alice of Battenberg because she can ‘get the best out of people’, reveals Prince Philip’s cousin Lady Pamela Hicks

The Queen was ‘patient’ and ‘kind’ with her mother-in-law Princess Alice of Battenberg, Prince Philip’s cousin has revealed.

Lady Pamela Hicks, 90, daughter of Philip’s maternal uncle Lord Mountbatten, told how the Queen, 94, has a talent for ‘getting the best’ out of people, even those, like her mother-in-law, who are prone to being ‘difficult’.

Lady Pamela, a former lady-in-waiting to the Queen, explained this was particularly evident when Princess Alice left Greece to live with the Queen and Prince Philip for the final two years of her life before her death in 1969. 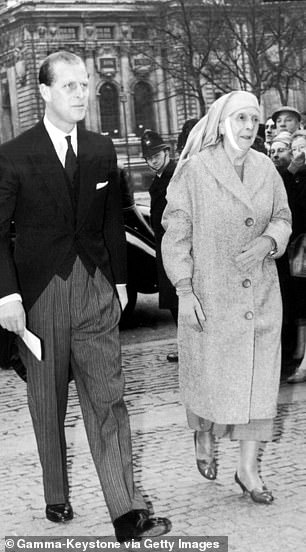 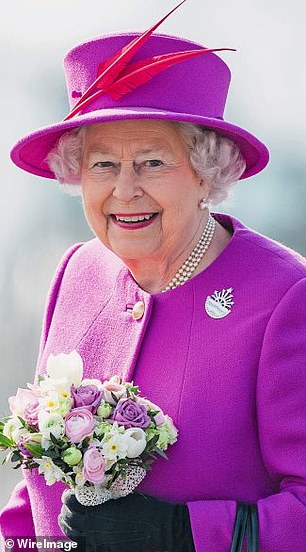 The Queen (right in 2015) was ‘patient’ and ‘kind’ with her mother-in-law Princess Alice of Battenberg, Prince Philip’s cousin has revealed. Left, Prince Philip with his mother in July 1960

‘The Queen was always marvellous with Princess Alice,’ Lady Pamela recalled in a recent discussion on her daughter India Hicks’ eponymous podcast. ‘Princess Alice was staying at Windsor and the Queen felt responsible.

‘The Queen is the kind of person, who, even when everyone else finds someone tricky, actually is very calm and gets the best out of them, always.’

Princess Alice, a great-granddaughter of Queen Victoria, was born congenitally deaf at Windsor Castle in 1885, and married Princess Alexander of Greece and Denmark in 1903. The couple had three daughters and a son, Prince Philip, who would become the Duke of Edinburgh.

India Hicks noted there has been a renewed interest in Princess Alice following her depiction in the most recent series of The Crown. 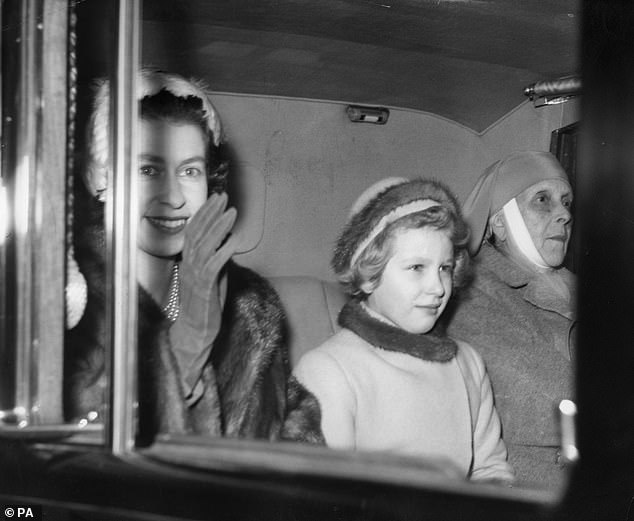 The Queen, Princess Anne and Princess Alice of Greece on their way to King’s Cross to catch a train to Sandringham for their Christmas break in December 1957

It showed snippets from Princess Alice’s final years, which were spent with her son, daughter-in-law and their family at Buckingham Palace. Princess Alice died at the palace in December 1969. 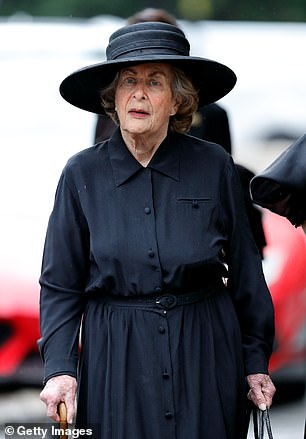 Lady Pamela, who was a bridesmaid at the Queen’s wedding to Prince Philip, recalled how the Queen was always ‘patient’ and ‘kind’ to Princess Alice, who could be ‘very sharp and difficult.

‘I remember, she was staying at Windsor and we were waiting to go into lunch,’ Lady Pamela recalled. ‘The equerry had come to collect her for lunch with the Queen.

‘He was a new equerry, a young man of about 20, and thought he must entertain Princess Alice and talk to her.

‘He unwisely asked, “and what have you been doing this morning, Ma’am,’ to which Princess Alice replied: “And what has that got to do with you?”‘

Lady Pamela also explained that, despite living under the same roof as her son, Princess Alice and Prince Philip led very separate lives.

‘She was in a dressing gown, by choice, in the attic,’ Lady Pamela said. ‘While Prince Philip was very busy down below.’