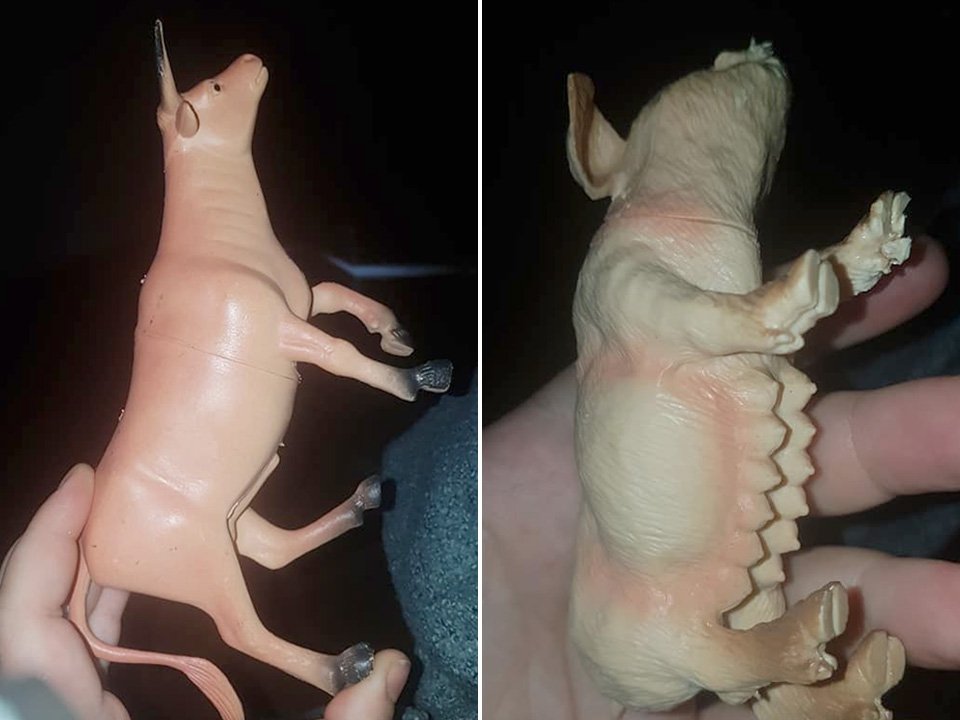 Parents in Australia have been divided over a pack of toys from K-Mart, which some believe depict animals with a little too much accurately.

Pictures of the farm animal set were posted to Facebook, with one mum writing: ‘Got a bit more than I bargained for when I bought my toddler this $19 bag of farm animals.’

In the snaps, you can see that the sow figurine has engorged teats and nipples.

The bull model appears to show a penis or other appendage protruding from the genital region, and other anatomically-correct features include udders on the cow.

While some commenters on the original post thought it was nothing to worry about, others expressed concern.

‘I wouldn’t give these to my child, they are too detailed,’ one woman said after seeing the toys.

‘I find it a bit much,’ said another, specifically about the bull figurine.

Another wrote: ‘Yes some parts may be seen depending but you can’t turn around and flip real animals, you can’t avoid this with these toys. It’s inappropriate in my opinion.’

For those who didn’t find it inappropriate or ‘offensive’ (as one called the toys), there was little issue.

‘I’m amazed how many people are annoyed by this,’ said one woman.

‘My daughter has been able to tell the difference between a bull and a heifer calf since she could talk.’

‘Have to start the conversation sometime, explaining with farm animals is a good lead in to humans. Your child probably won’t even mention it,’ said another.

One more comment read: ‘Clearly some people have never visited a farm or taught their children the correct terminology for body parts.’

Although the set doesn’t appear to be available on the K-Mart website, there are a number of similar available here in the UK such as this on Amazon.