Prince Louis celebrates his second birthday today and pictures have been shared of the young royal. He is the youngest son of Kate Middleton, 38, and Prince William, 37. A body language explained revealed what the choice of portraits reveals.

Today, Kate and Prince William delighted royal fans by sharing a selection of pictures of Prince Louis on the “kensingtonroyal” Instagram.

Like many portraits of the royal children, the caption explained the pictures were taken by Kate.

Analysing the snaps for Express.co.uk, body language expert Judi James revealed what it shows about Kate’s relationship with her youngest son. 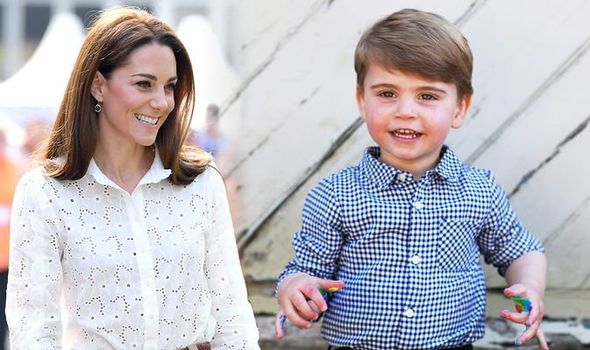 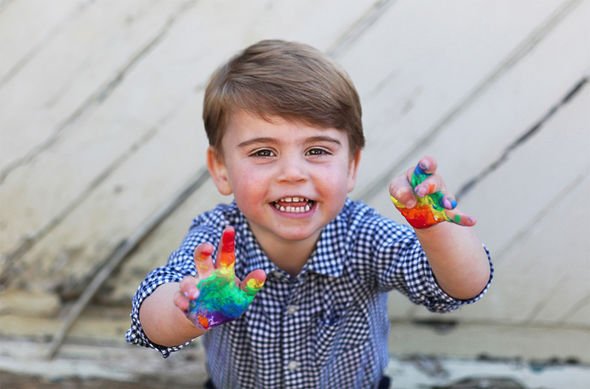 The expert explained there is a special closeness between the two members of the Royal Family.

Judi said: “These spontaneous and playful poses emphasise the very close links between Kate and her youngest child Louis.

“This is because Kate has shot some of them almost face-to-face, creating a more intimate form of direct communication between Louis and the camera.

“Also because Louis’s facial features are obviously so much like his mothers, from the strong eyebrow line to the symmetric, wide smile with the curled and upward-tilted lines of the top lip.”

The playful portraits show Prince Louis as he creates a rainbow finger painting.

The content of the pictures could give a rare glimpse into the lives of Kate and William as they isolate with their children.

While many people are stuck indoors during the lockdown, the choice of pictures could show empathy towards these families.

Judi added: “Small children adore getting messy with paint and so Kate’s idea of getting Louis to do hand-painting has produced some very authentic smiles of delight aimed directly at the camera as well as promoting the rainbow colours theme of current lock-down. 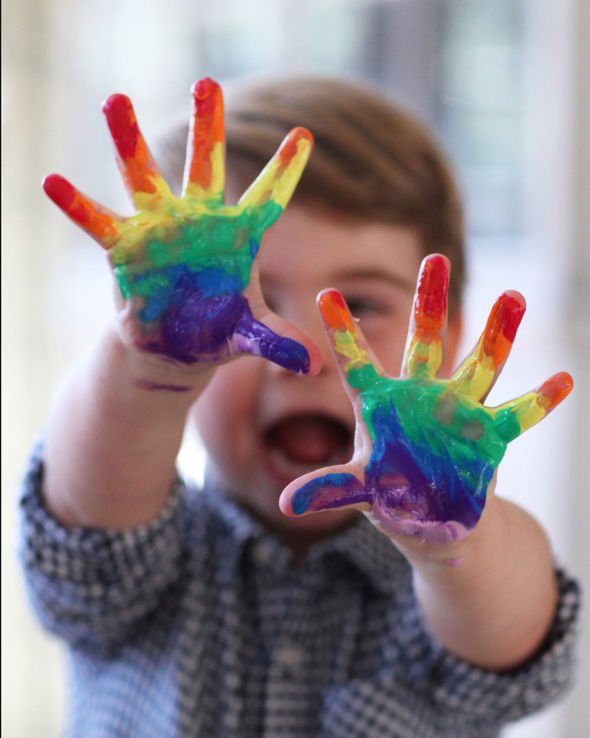 “This seems to have created a more direct and confident response from Louis, making him look less like a child who has been either followed around by the camera or asked to sit still for long periods of time.

“It is an empathetic pose too as it gives the message that – like most parents of small kids right now – Kate and William are busy finding ways to keep their small children happy and occupied.”

Among the portraits is a snap of a painting of a rainbow by Prince Louis.

Rainbow pictures have been shared recently as a sign of support for the NHS during the coronavirus crisis.

By highlighting this picture, Kate has made sure both the NHS and Prince Louis take the attention today, the expert suggested. 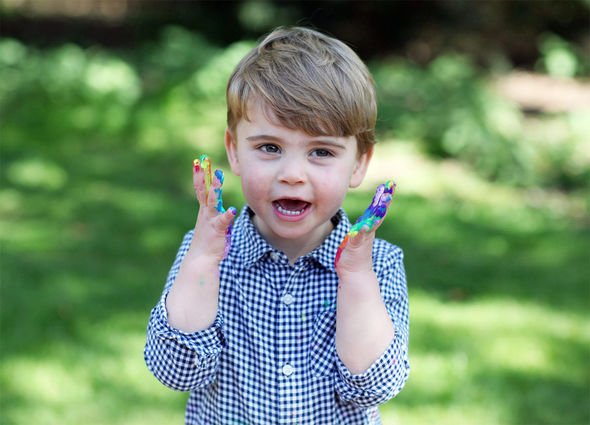 This contrasts from some previous family portraits which have featured more members of the family.

Judi explained: “By reducing the depth of field here Kate has thrown her son into sharp focus while blurring the background and in one photo she has even blurred him while bringing his painted hands into focus, aimed at the camera.

“This means the focus is totally on either Louis and/or the rainbow message, compared to a lot of previous royal second birthday portraits that have involved the parents or emphasised the setting more.”