Prince Philip’s ‘passion for science’ and huge interest in the coronavirus pandemic could be the reason for his ‘very unusual’ statement, royal expert tells Vanity Fair

Prince Philip’s ‘passion for science’ and huge interest in the coronavirus pandemic could be the reason behind his ‘very unusual’ statement yesterday, according to a royal expert.

Yesterday the Duke of Edinburgh, 98, delivered a rare public statement as a heartfelt thank you to key workers who are helping to make sure ‘the infrastructure of our life continues’ during the crisis.

Ingrid Seward told Vanity Fair that it was ‘very unusual’ to hear from the Duke, who has kept a low profile since stepping down from public life in 2017 and hasn’t been seen since he was hospitalised in December.

She said: ‘This is not about Philip trying to reach out to the nation, he leaves that to the Queen…He’s always been interested in science, it’s always been a passion and he’ll be very interested by it all and the rush to try and find a vaccine.’ 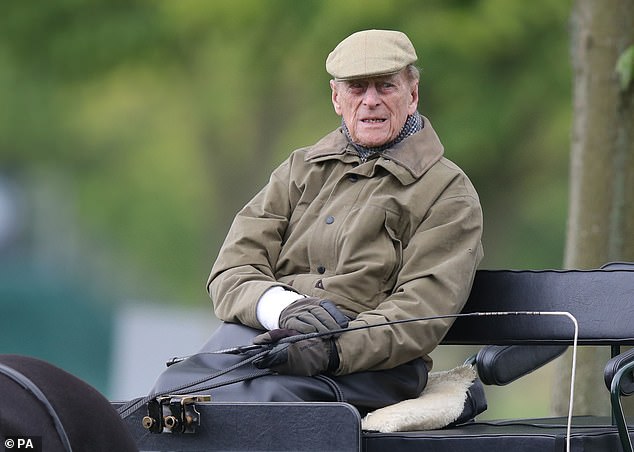 Prince Philip’s, 98, ‘very rare’ public statement may have been inspired by the Duke’s long standing passion for science and interest in the coronavirus crisis, according to royal expert Ingrid Seward

Ingrid went on to say that the Duke’s statement was about supporting charities he is affiliated with and lending his support to others during the crisis.

She added that the royal would be ‘watching everything’ with a keen interest.

A source close to the royal family also revealed that the Queen, 93, and the Duke, who have been self-isolating in Windsor Castle, have been following the development of the crisis ‘very closely.’

In the rare public statement yesterday, which was shared on the Royal Family’s official social media channels, Philip thanked key workers involved in food production and distribution, rubbish collection and the post services. 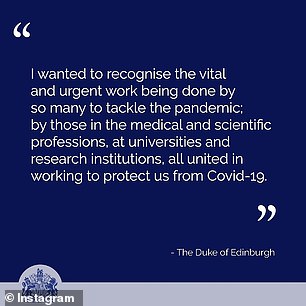 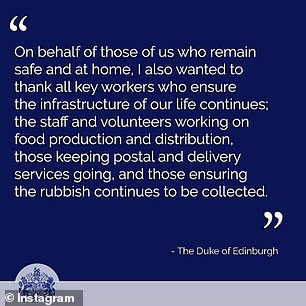 The Duke of Edinburgh, who is currently isolating with the Queen, 93, at Windsor Castle, released a rare public statement yesterday

In his tribute, he said: ‘As we approach World Immunisation Week, I wanted to recognise the vital and urgent work being done by so many to tackle the pandemic; by those in the medical and scientific professions, at universities and research institutions, all united in working to protect us from Covid-19.

‘On behalf of those of us who remain safe and at home, I also wanted to thank all key workers who ensure the infrastructure of our life continues; the staff and volunteers working in food production and distribution, those keeping postal and delivery services going, and those ensuring the rubbish continues to be collected.’

The Duke has long taken a great interest in scientific and technological research and development, as well as the conservation of nature. 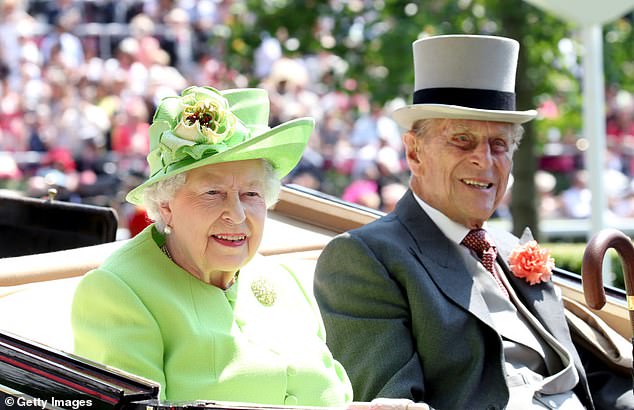 The royal expert said Prince Philip was ‘not trying to reach out to the nation’ because he ‘leaves that to the Queen, 93’

The duke, who is staying with the Queen with a reduced household for their safety, is affiliated to more than 750 organisations.

These include the scientific, technological research, healthcare and infrastructure sectors, which have been responding to the outbreak.

Prince Philip’s statement comes days after Prince William, 34, admitted he was concerned about his grandparents during the pandemic. 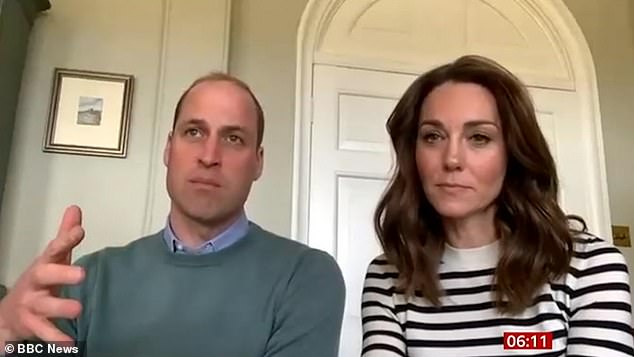 Speaking via video link from his home in Norfolk last week, William revealed the family is doing all it can to protect the Queen and Prince Philip from the virus.

Prince William and his wife Kate Middleton gave a Zoom interview with BBC News in which they discussed life with their three children at Anmer Hall.

During the interview, William said: ‘Obviously I think very carefully about my grandparents – who are the age they’re at, we’re doing everything we can to make sure that they’re isolated away and protected from this.’