Before queer historian Rebecca Hall, PhD, was the author of the groundbreaking new graphic memoir, Wake: The Hidden History of Women-led Slave Revolts, she was a lawyer frustrated with the pervasive racism and sexism in her field. After eight years practicing law, she switched careers and entered the world of academia, where she studied early formations of race and gender in British America, ultimately writing her dissertation on women who led rebellions against slavery.

Eventually, Dr. Hall decided her research needed to be available beyond the halls of educational institutions and made accessible to the public. She joined forces with illustrator Hugo Martinez to turn her dissertation into a graphic novel.

Guiding readers through this history both as the author and main character, Dr. Hall, whose grandparents were born into slavery in 1860, centers Black women’s role in planning and leading revolts, uncovering an important aspect of our legacy in this country. 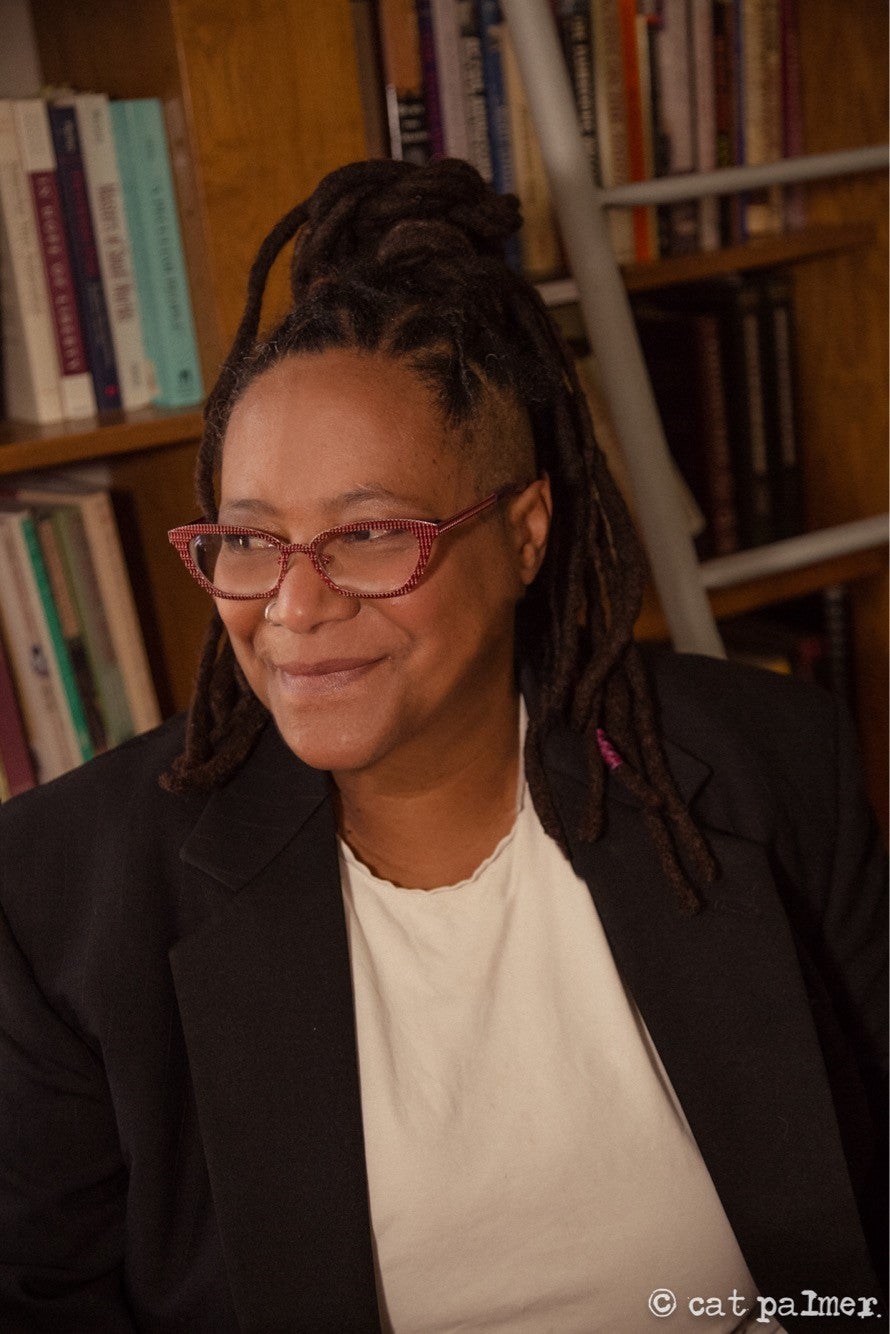 Dr. Hall’s book was recently chosen as the June reading selection for Steph Curry’s Literati Book Club: Underrated. We spoke with the educator about forging a path outside of academia and challenging traditional accounts of slave narratives.

Walk us through learning that your book had been chosen for Steph Curry’s Literati Bookclub.

DR. REBECCA HALL: I was taking a nap and then I got a call from my agent, and she always wants to have video calls, which I can’t stand, and then she’s like, “Oh, you better get up, put some clothes on. I got something to show you.” And then there’s this video of Steph Curry talking to me and they’re filming my reactions. Somebody’s filming it, I don’t know, as I’m watching it. All that happened and in the exact same instant. It was crazy. It was insane. It was amazing. I didn’t know that my agent and publisher had been in conversation with him as a team.  It’s a total honor. I’m already getting, on my Twitter feed, people who are in the book club saying, “I got my book and I’m starting to read it.”

How did you decide that you wanted to write this book?

HALL: After law school, I practiced law for about eight years. I just kept seeing the ways that the legal system was just completely deformed by race and gender. I didn’t want to participate in it anymore and I wanted to understand it better, so I went back to school and got a PhD in history. I had a Mellon postdoc and a couple of visiting professorships and the academic market tanked. I went off the academic market. My partner and I, sat down and it’s like, “Why don’t you figure out what you really want to do?”

I had been frustrated that all this work that I did, and I think a really important story, was just buried in academia. Maybe five history graduate students had read it. And so I was like, what I really want to do is make this work accessible. And then my next thought was, I want to make it a graphic novel, even though I can’t draw, because I’ve always loved graphic novels and found them to be really powerful in the media and really powerful. I found an artist and there it went.

This book is based on your dissertation. What inspired you to write about women-led uprisings during slavery?

HALL: In order to answer the questions that I came into my graduate studies with, I knew I needed to study slavery, and early slavery, kind of the creation of it. But I feel like studying slavery and not studying resistance to slavery is not a good mental health formula.

Also, I think the issue of slave revolts and resistance is something I’ve always been interested in. [When I was growing up] there were books laying around and I read them. I think that the most crucial thing is that when we learn our history and learn something like that we were enslaved for hundreds of years, I think it’s really important for people, young people, to learn at the same time, and we fought that every step of the way. Otherwise, I think we can develop a sense of shame about our past, and we have nothing to be ashamed of. 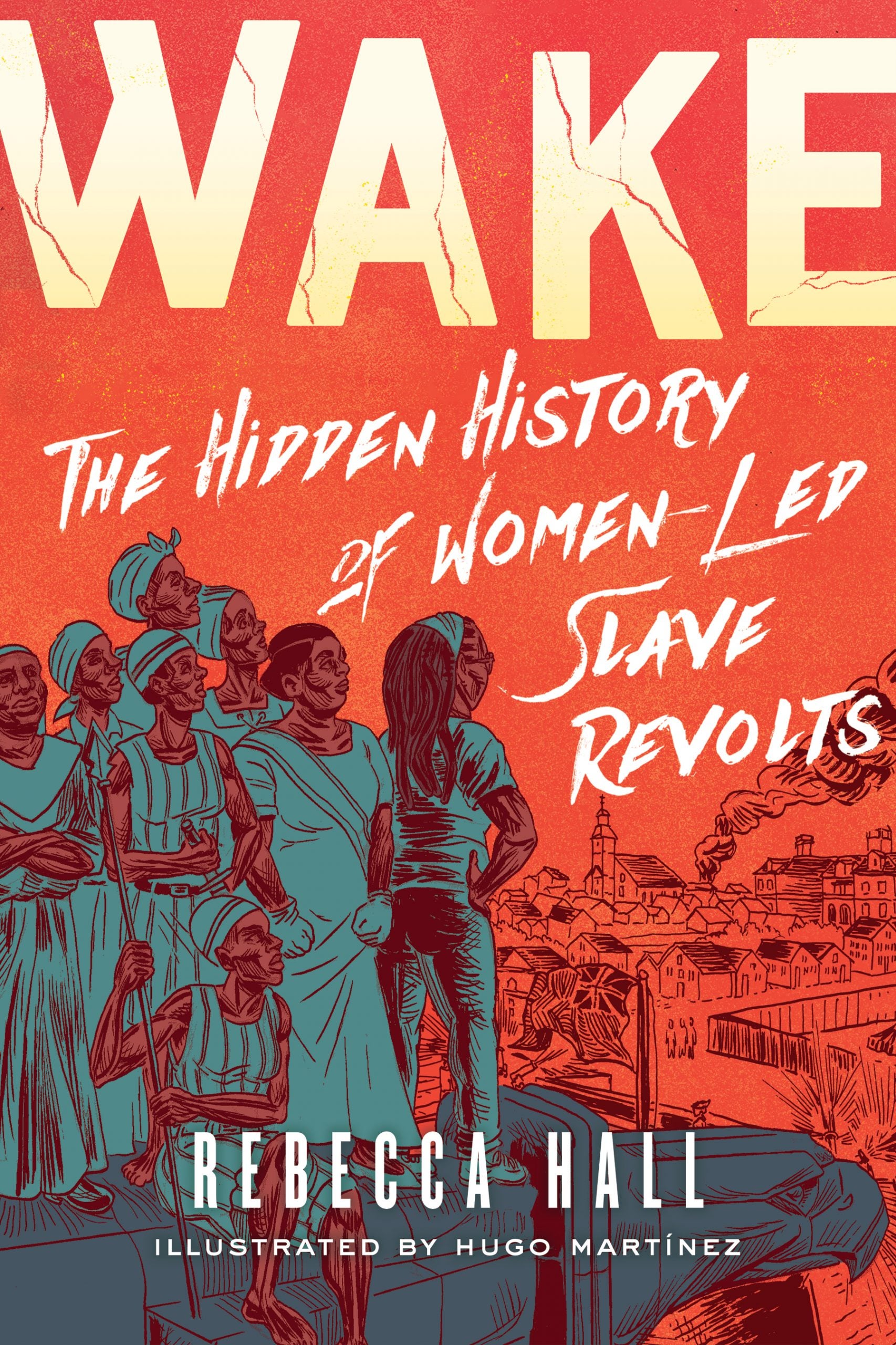 When people read this book, what do you want them to take away from it?

HALL: That there is a very developed history of resistance to slavery. That women participated in and led slave revolts. I want people to know things like slavery was something that happened in the north and in urban settings. A big part of it is in New York City, where I’m from originally. I want African-Americans hopefully to come away with a sense that incorporating our ancestors’ stories into our present is our superpower. I was at a protest this summer and there was this young, Black woman wearing a T-shirt that said something like, “This is not my ancestors uprising.” Kind of like, we’re more serious now, and I just felt so bad. I felt so bad for her, knowing that she probably hasn’t been taught any of this history. I didn’t feel angry. I felt sad for the wearer, because what then is their understanding of our history?

This is definitely a needed conversation. We hear about Harriet Tubman when it comes to resistance, but for revolts, we mostly hear about Nat Turner or Denmark Vesey, if we learn about it all.

Hall: Well, that’s a whole ‘nother discussion. A big part of how I came to this topic as a dissertation topic is because I was studying slave resistance and slave revolts and every book I picked up was like, “This is something men did. Only men did this. This is manly men did this.” And I was like, what is this about? What’s the investment in this?  How come I’m finding women in the primary sources, but the historians writing about slave revolts are only talking about men and only saying that men were involved? I was needing to write against that.

The whole process of recovering the history of slave revolt in this country occurred around the same time there was all of this discourse about the dysfunction of Black gender roles. So, being historians, primarily Black men who were entering the academy in this time period, in the ’60s and ’70s, were writing against this.  And they were doing it by almost pacifying Black women, in order to show that our gender roles weren’t dysfunctional.

History’s always written in a context. It’s written in conversation with society at large and how history has been written in the past. Among historians, what this book is saying is still controversial. I think regular people who read it, your regular, average, intelligent reader are not going to be terribly surprised, but it actually still is a controversial position.