Two residents have died at the Anglicare Newmarch House and the number of coronavirus cases at the aged care facility has reached 39, making it the biggest cluster in NSW after the Ruby Princess.

A 94-year-old man from the western Sydney facility died on Sunday morning and followed the death of a 93-year-old male resident on Saturday.

NSW Chief Health Officer Kerry Chant confirmed on Sunday that the number of new COVID-19 cases at the aged care home in Caddens had risen by nine. 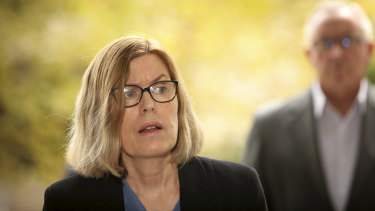 There are 13 staff and 26 residents with coronavirus, after a healthcare worker continued to work for six days at the facility with mild symptoms before discovering she had the virus.

The latest figures were released before the second death was confirmed by Anglicare.

Dr Chant said COVID-19 was "very challenging" in aged care facilities because many elderly people have underlying health conditions and she conceded there could be more deaths at Newmarch.

NSW Health Minister Brad Hazzard said the number of new COVID-19 cases in the state had risen by 21, taking the state's total to 2957. The state's death toll is 28.

The troubled cruise ship had been due to leave Port Kembla last week but it is now expected to be docked south of Sydney until later this week, as more crew are tested. 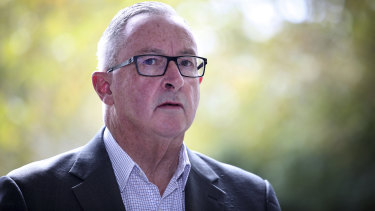 Meanwhile, Mr Hazzard said the state government thought there could have been as many as 700 deaths in NSW based on modelling completed two months ago.

But strict social distancing measures, improved hand washing and people not going to work when sick have been the "cornerstone" of why NSW has "done much better than we would have thought".

But he urged against complacency and said there was still a very long road ahead and everyone needed to continue to wash their hands "like there is no tomorrow" and stay home if sick.

Mr Hazzard also announced that he had just signed a health order that would see anyone who spits or coughs on any worker, including those working in retail or transport, could face a $5000 fine.

"If you could or spit on any worker in NSW the police are open to giving you a $5000 fine," Mr Hazzard said. He stressed "all workers are essential" and spitting or coughing on them would not be tolerated.

Mr Hazzard said the extension of the orders had come after extensive discussions with police as well as union leaders representing retail and transport workers.