Shiels’ side crushed their rivals 11-0 with their win coinciding with the 16th anniversary of the death of the Belfast-born Manchester United icon. 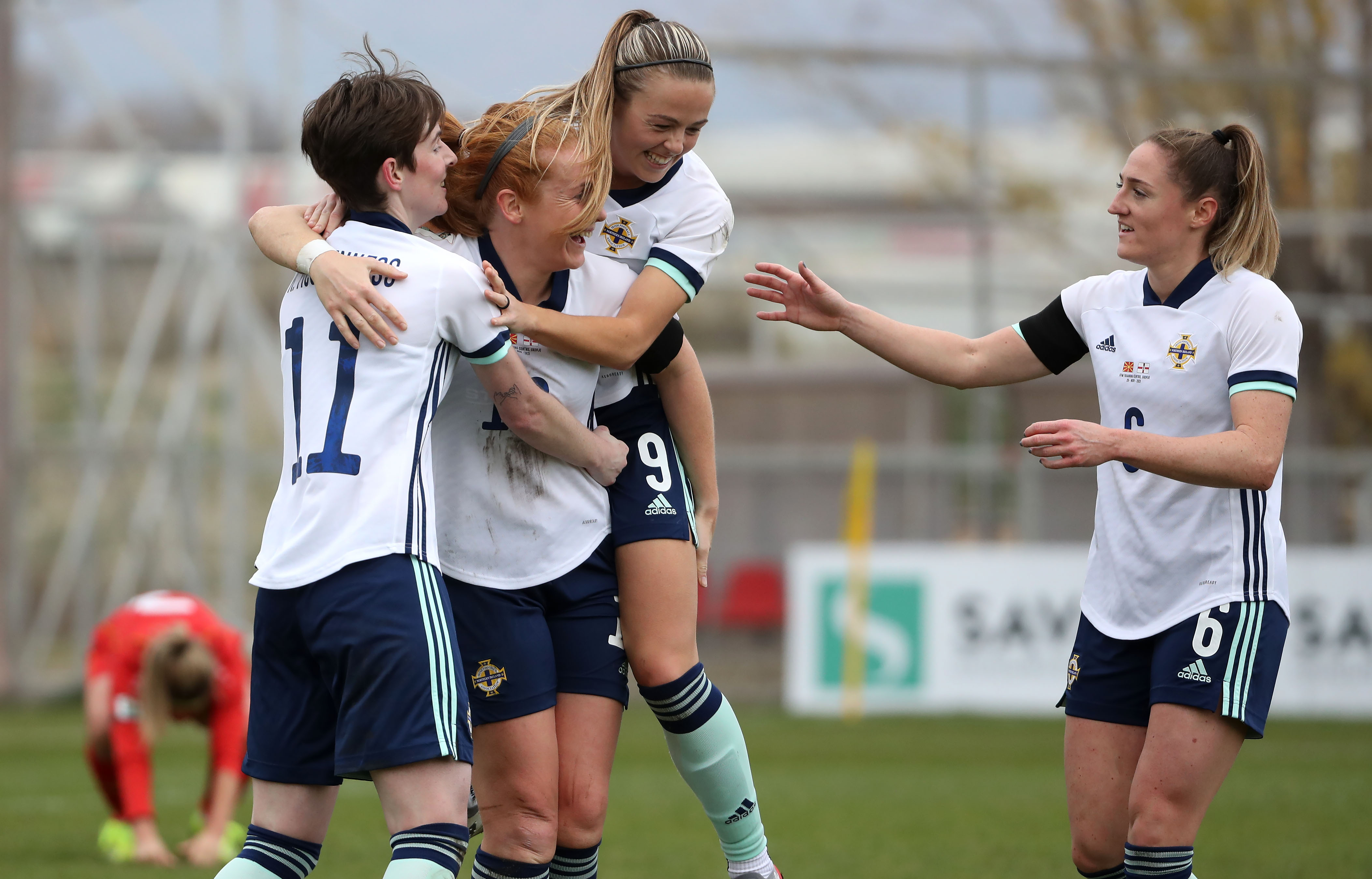 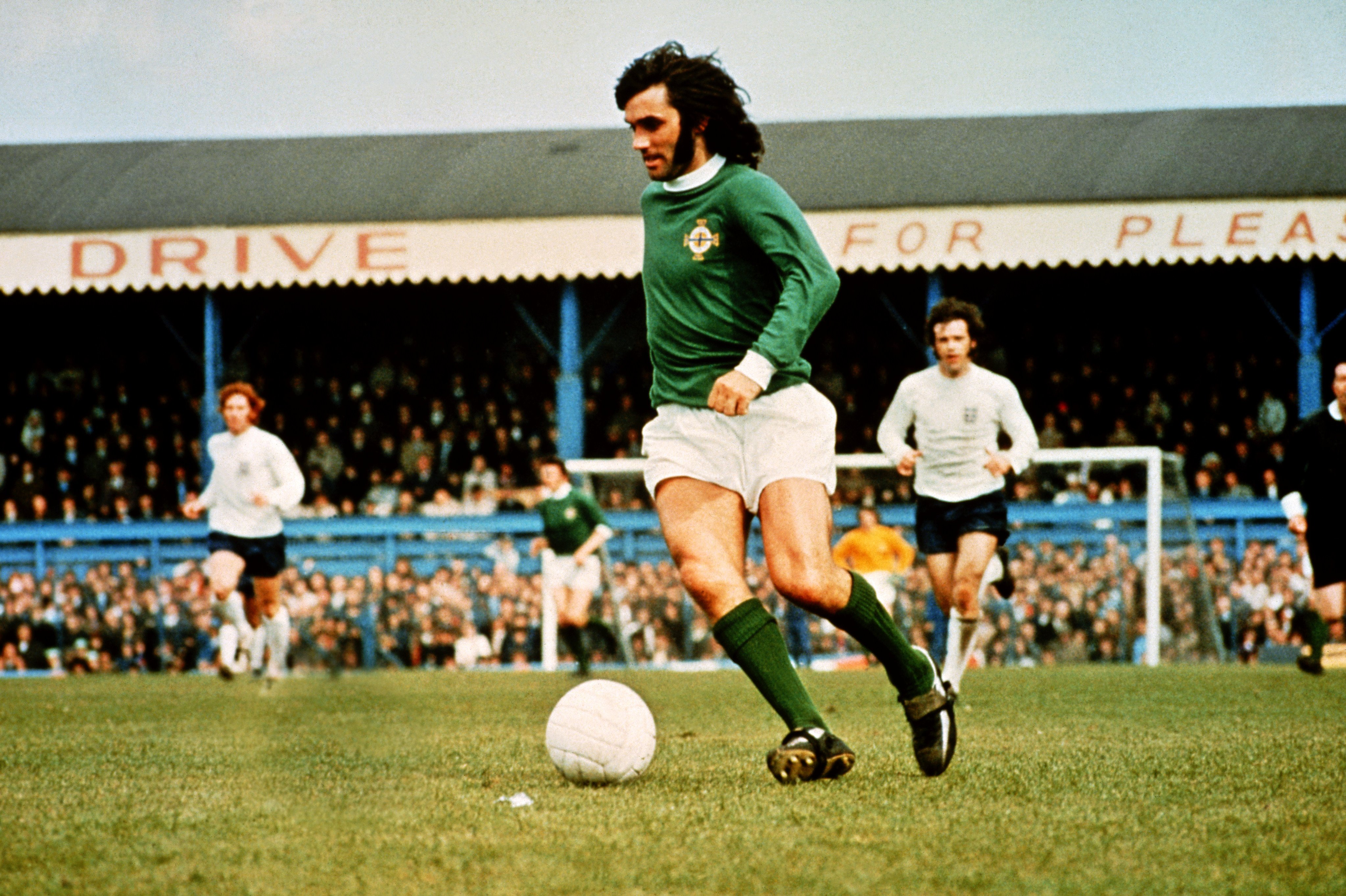 The legendary winger, who is widely regarded as an all-time great, made 37 appearances in a Northern Ireland vest netting nine times for the men's side.

And the match, which was the fifth of their World Cup qualifying campaign, saw Rachel Furness join David Healy as Northern Ireland’s all-time top scorer on 36 goals.

An ecstatic Shiels said: “I thought it (the match) was controlled to really well by the girls. Before it started, we said, ‘let's do it for George.

“He was our hero, and he wore the number 11 shirt when he played for us.

“We've done it in the 11th month, we've scored 11 goals and so all of that is resonating with me.

“It's fantastic and I hope he is watching us up there to see that we're doing it for Northern Ireland because he was one of our heroes, if not the hero.

“That's been in my inner thoughts. Try and get 11 and get a message up to George.”

Before the game, Northern Ireland midfielder Sarah McFadden intended to approach the match with ‘no ego’

By half-time, the Durham star and her team-mates were 6-0 up before notching up another five

And the team had six different goal scorers with Rebecca McKenna, Lauren Wade, Kirsty McGuiness and Birmingham’s Rebecca Holloway all on target.

The scoreline could have been far bigger for the visitors who crashed the woodwork three times and saw Furness miss a first-half spot-kick. 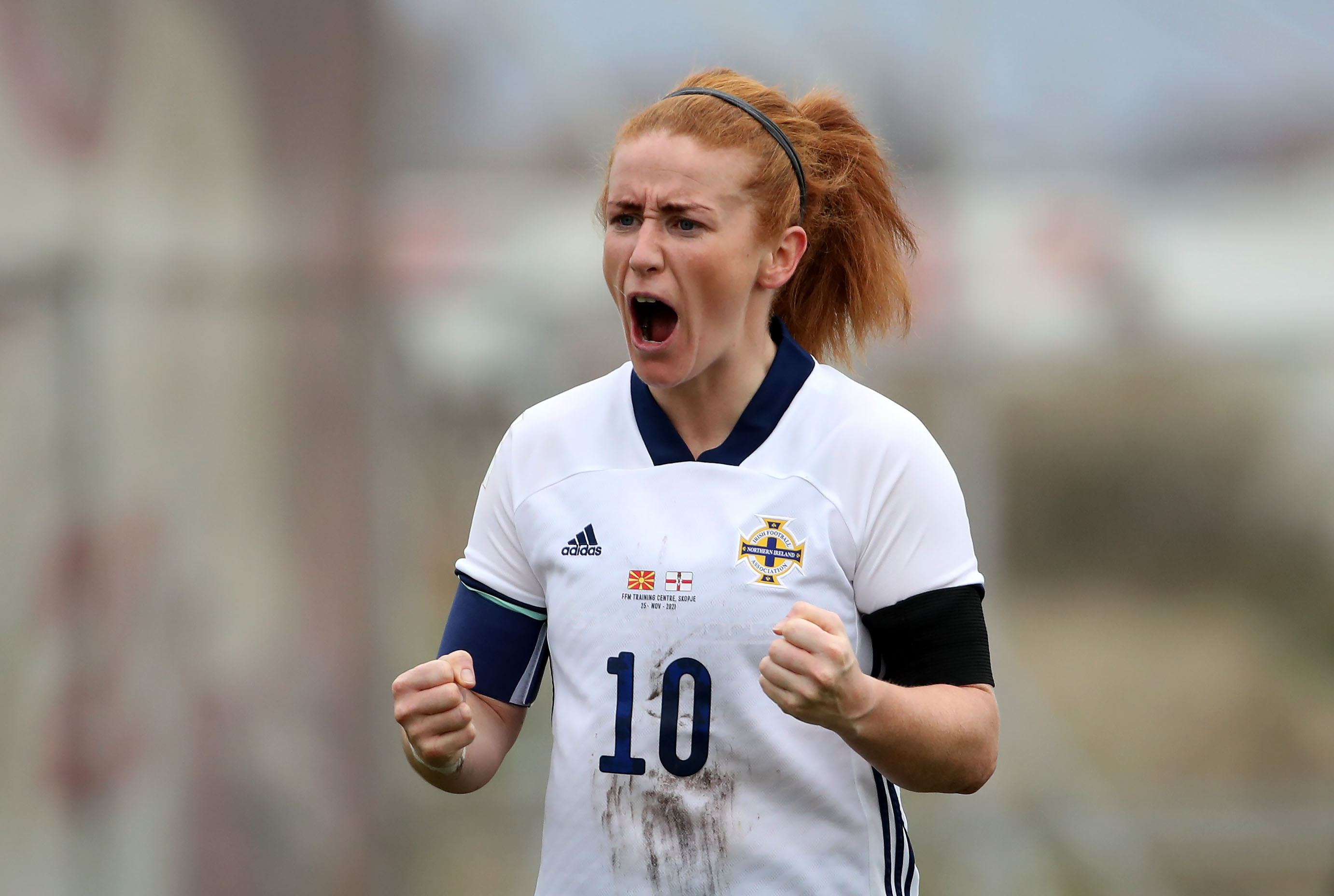 Shiels’ aces brushed their opponents aside in the Macedonian capital Skopje in the third win of their campaign for a 2023 World Cup spot.

Northern Ireland are set to host their rivals at home in the second game of their qualifier double-header this month.

The match will be played in front of a full house at their Seaview ground at 7:00 pm on November 29.

Shiels added: We played them again Monday and it will be a total totally different ballgame.

“Let’s bring it on The Green and White army will be there as well.” 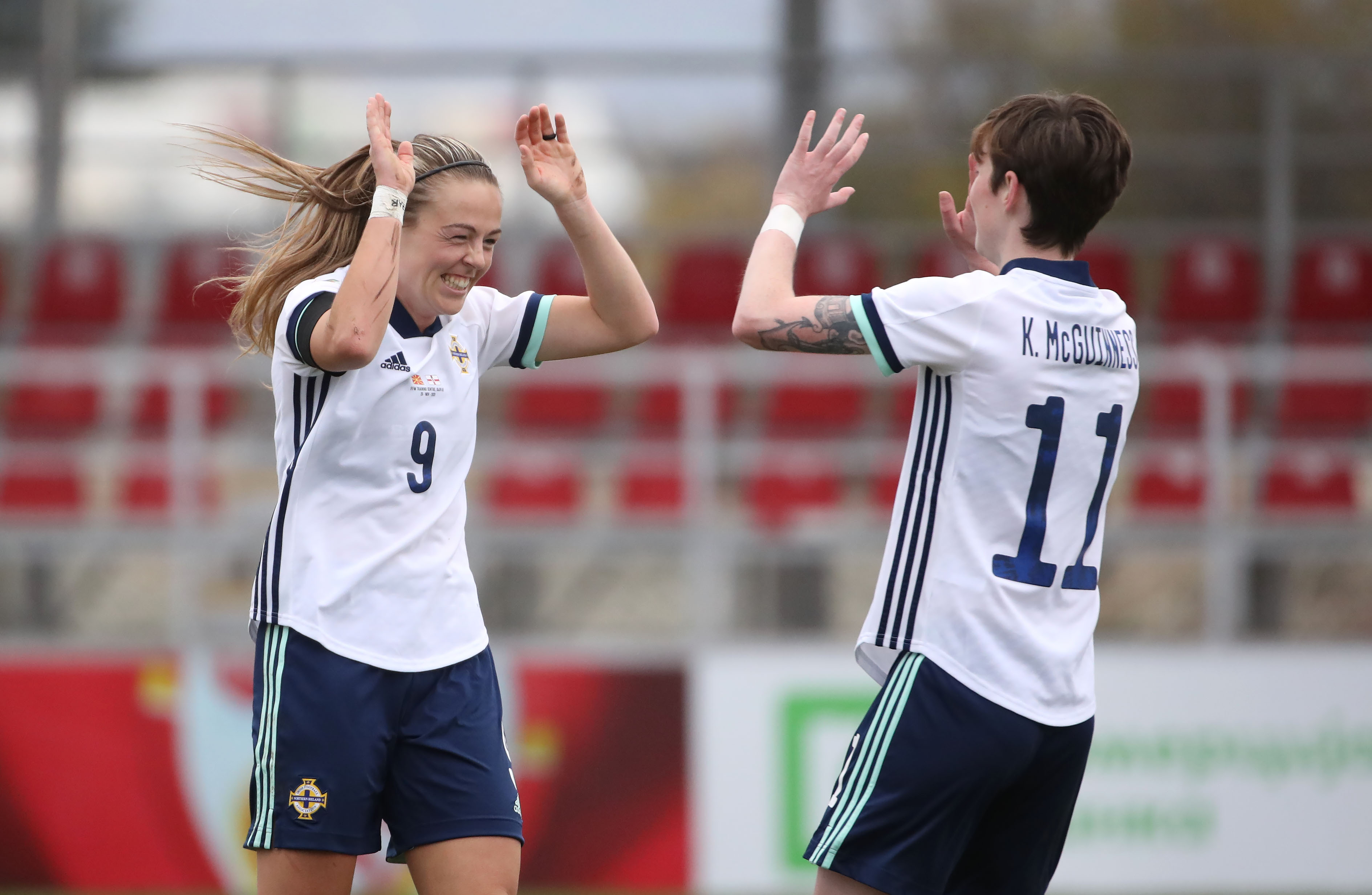