DEM "Squad" member Rashida Tlaib has been slammed for branding the death of Daunte Wright as "government-funded murder".

The Michigan congresswoman also called for police to be abolished in the wake of the shooting that saw a female cop kill the black dad after she mistook her gun for a Taser. 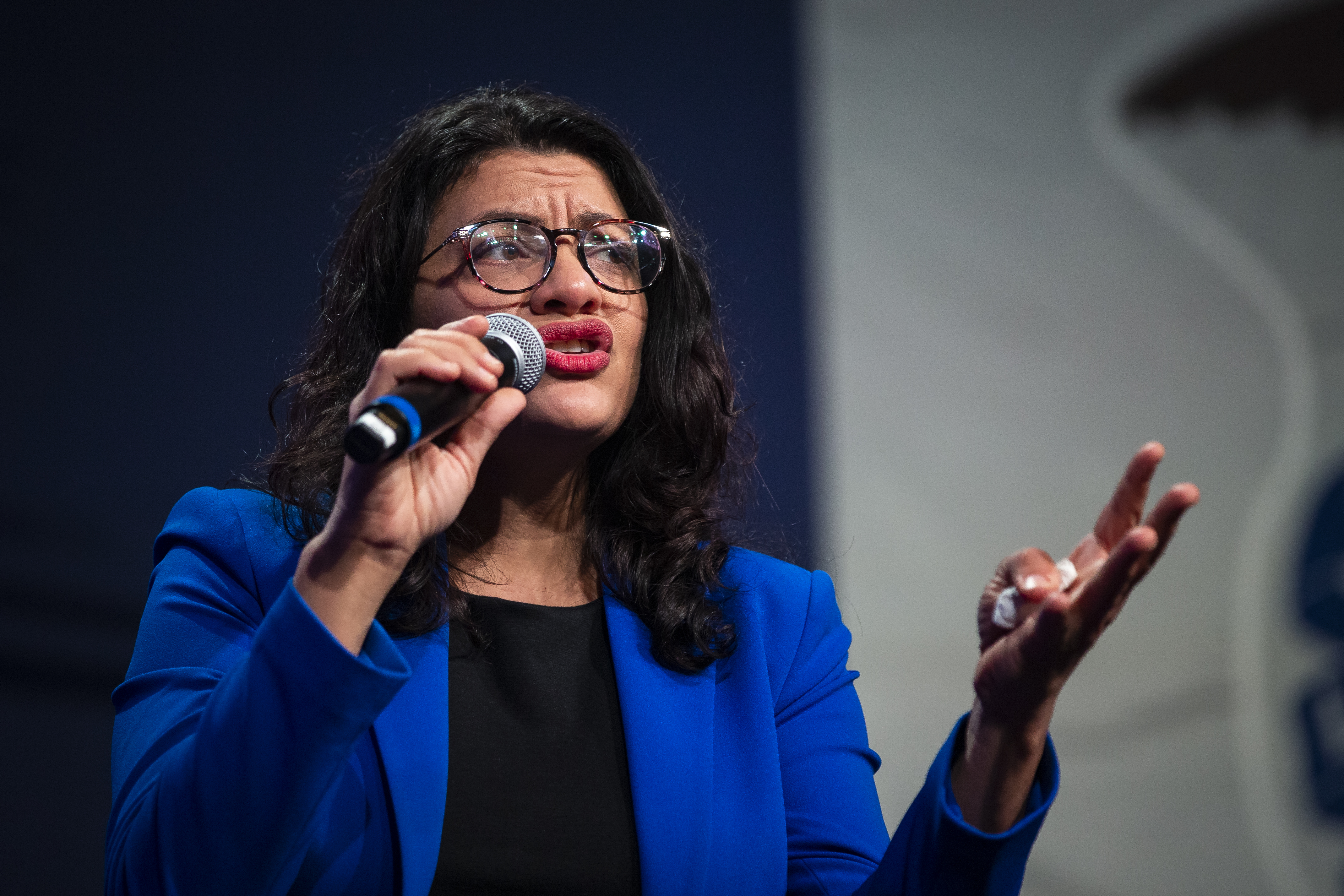 "It wasn't an accident," Tlaib wrote in response to the shooting and death of the Minnesota father on April 11.

“I am done with those who condone government-funded murder.”

Wright, 20, was killed by a Brooklyn Center police officer just before 2pm on Sunday during a traffic stop, and Tlaib’s concluded her response to the incident, “No more policing, incarceration, and militarization. It can't be reformed.”

Not everyone was pleased with the statement from the politician, who is considered a member of the “Squad” of progressive Congresswomen also including Reps. Ilhan Omar of Minnesota, Alexandria Ocasio-Cortez of New York, and Ayanna Pressley of Massachusetts.

“A sitting congresswoman basically sums up our police officers as ‘government-funded murder[ers]’, saying we should end policing entirely,” McEnany responded on April 13.

The current co-host of Outnumbered noted that she would be discussing the “horrible tweet” on her show.

Others in the replies were unhappy with Tlaib’s comments as well.

“‘No more policing… and militarization’ is rich when you're surrounded by a fence, security and National Guard troops in the Capitol…” author Tim Young wrote.

But some agreed with at least part of the statement from the Congresswoman from Michigan.

“Police should not be making routine traffic stops. Police should not be responding to mental health crises,” one person wrote. “No amount of ‘retraining’ will make a difference; their very presence in these situations represents escalation, with predictably awful results.” 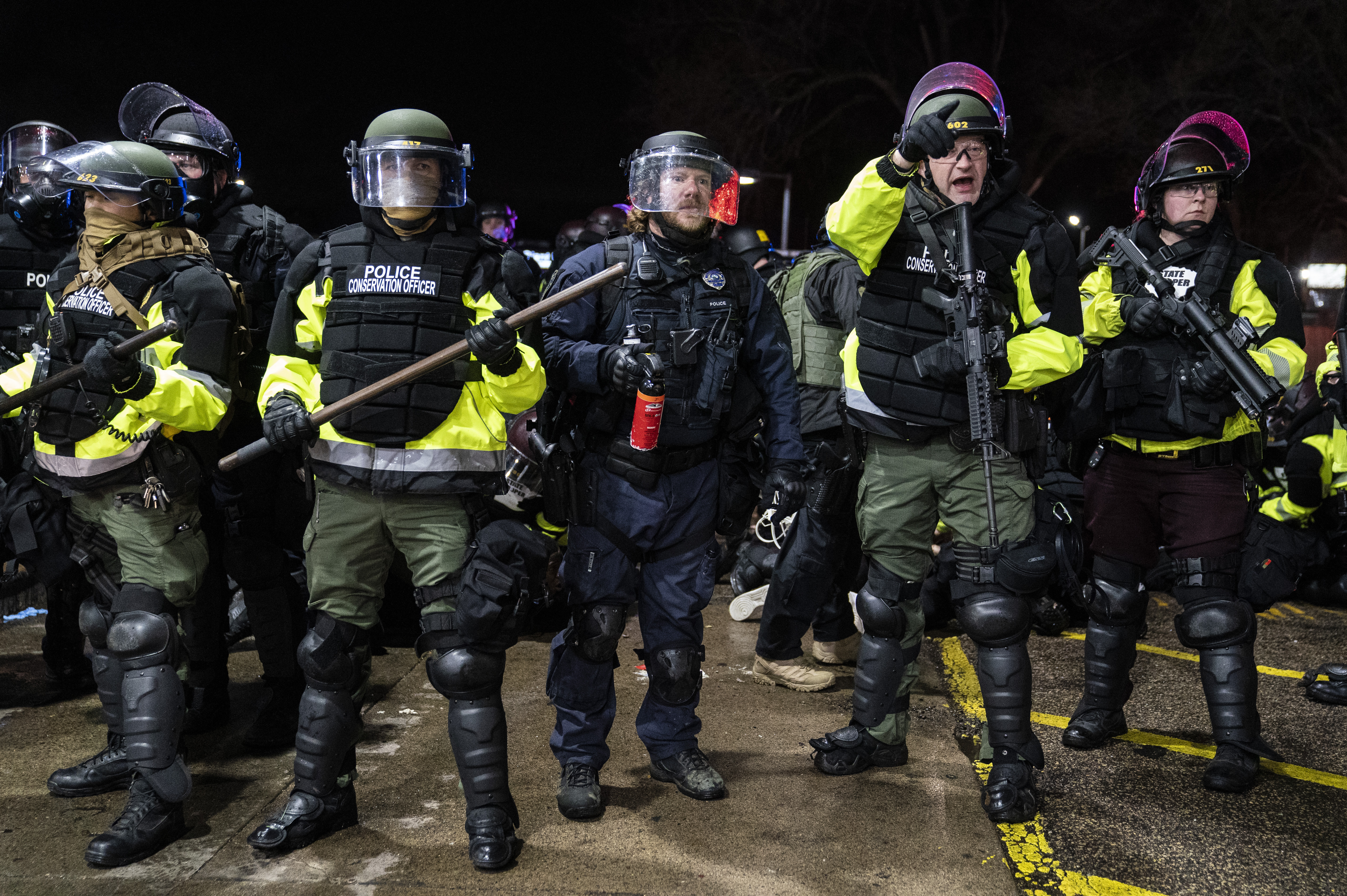 Wright was shot and killed about ten miles from where George Floyd was killed last summer in Minnesota. His death sparked more protests in an area already on high alert during the trial of Derek Chauvin, who is accused of killing Floyd in 2020.

On April 12, Brooklyn Center Police Chief Tim Gannon said the officer who shot Wright, Kim Potter, intended to use a Taser – not a handgun – and described the shooting as an "accidental discharge.”

Potter and Gannon have both resigned from the force.

Wright's parents, Aubrey and Katie Wright, can’t accept that their son was killed by "mistake". 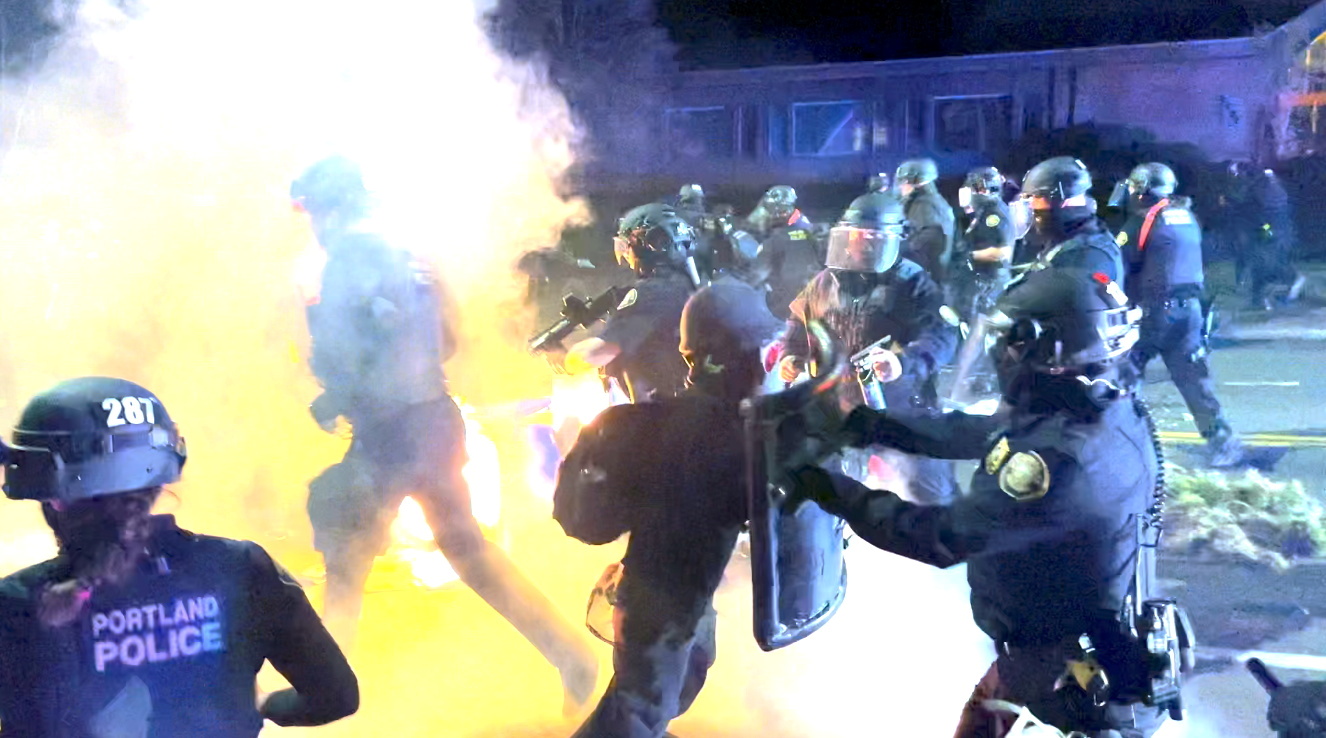 "I lost my son, he's never coming back," Wright's dad, Aubrey, told ABC News today. "I can't accept that – a mistake, that doesn't even sound right…This officer has been on the force for 26 years. I can't accept that."

"He was only 20 years old and he didn’t deserve to be shot and killed like this," Katie previously told reporters.

Tlaib also reposted several other tweets in response to Wright’s death that aligned with her own.

“991 people have been killed by police in the past year,” a tweet from Public Citizen that she retweeted began. “There were only 18 days where the police didn't kill someone in 2020.”

Fellow Congresswoman Cori Bush wrote in a tweet retweeted by Tlaib, “When Philando Castile was murdered by police at a traffic stop in 2016, Minnesota invested $12 million in police training.”

“Where was that training when they killed Daunte Wright just 10 miles from where Derek Chauvin sits on trial for murdering George Floyd?”