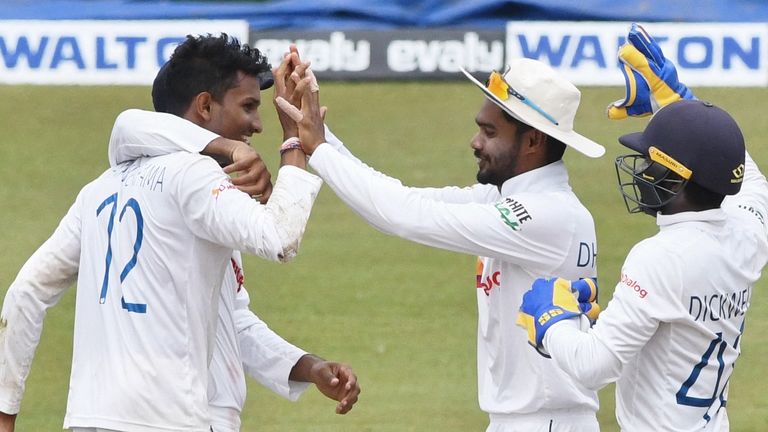 Praveen Jayawickrama became the fifth Sri Lanka bowler to take a five-wicket haul on debut as he helped his side into a dominant position in the second and final Test against Bangladesh in Kandy.

The left-arm spinner snared 6-92 on day three, including Bangladesh top-scorer Tamim Iqbal (92), as the Tigers were rolled for 251 in reply to their hosts’ 493-7 declared before Sri Lanka closed on 17-2 in their second innings with a lead of 259.

Jayawickrama follows Kosala Kuruppuarachchi (vs Pakistan in 1986), Upul Chandana (vs Pakistan in 1999), Akila Dananjaya (vs Bangladesh in 2018) and Lasith Embuldeniya (vs South Africa in 2019) by claiming a five-for in his first Test for Sri Lanka.

The 22-year-old made Saif Hassan (25) his maiden Test scalp when he had the right-hander caught at gully by Dhananjaya de Silva to break an opening stand of 98 with Tamim.

Jayawickrama then went on to have Tamim caught at slip by Lahiru Thirimanne, while his lbw dismissal of Mushfiqur Rahim (40) triggered Bangladesh losing their final seven wickets for 37 runs.

The debutant also had Liton Das (8) caught in the cordon by Thirimanne and trapped Mehidy Hasan Miraz (16) and Taskin Ahmed (0) lbw. 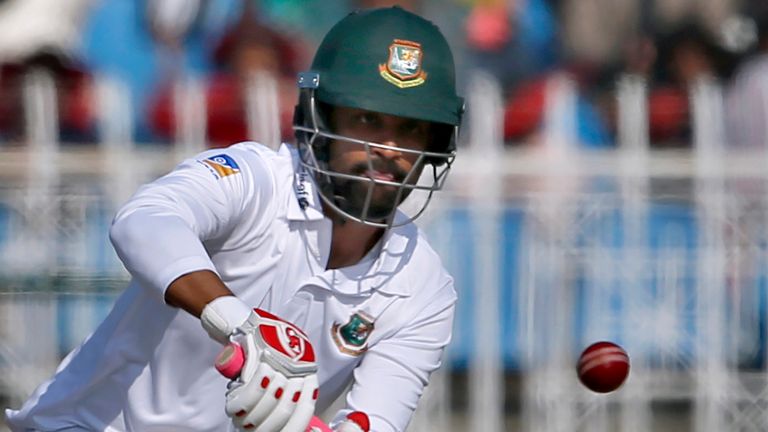 Mominul – dropped on one and 11 off Jayawickrama – had shared half-century stands with Tamim and Mushfiqur to steer Bangladesh to 214-3 but the subsequent collapse left them 242 runs behind on first innings.

Thirimanne (2) and Oshada Fernando (1) – who had hit 140 and 81 respectively in Sri Lanka’s first innings – fell cheaply before stumps but the home side are still well on top.