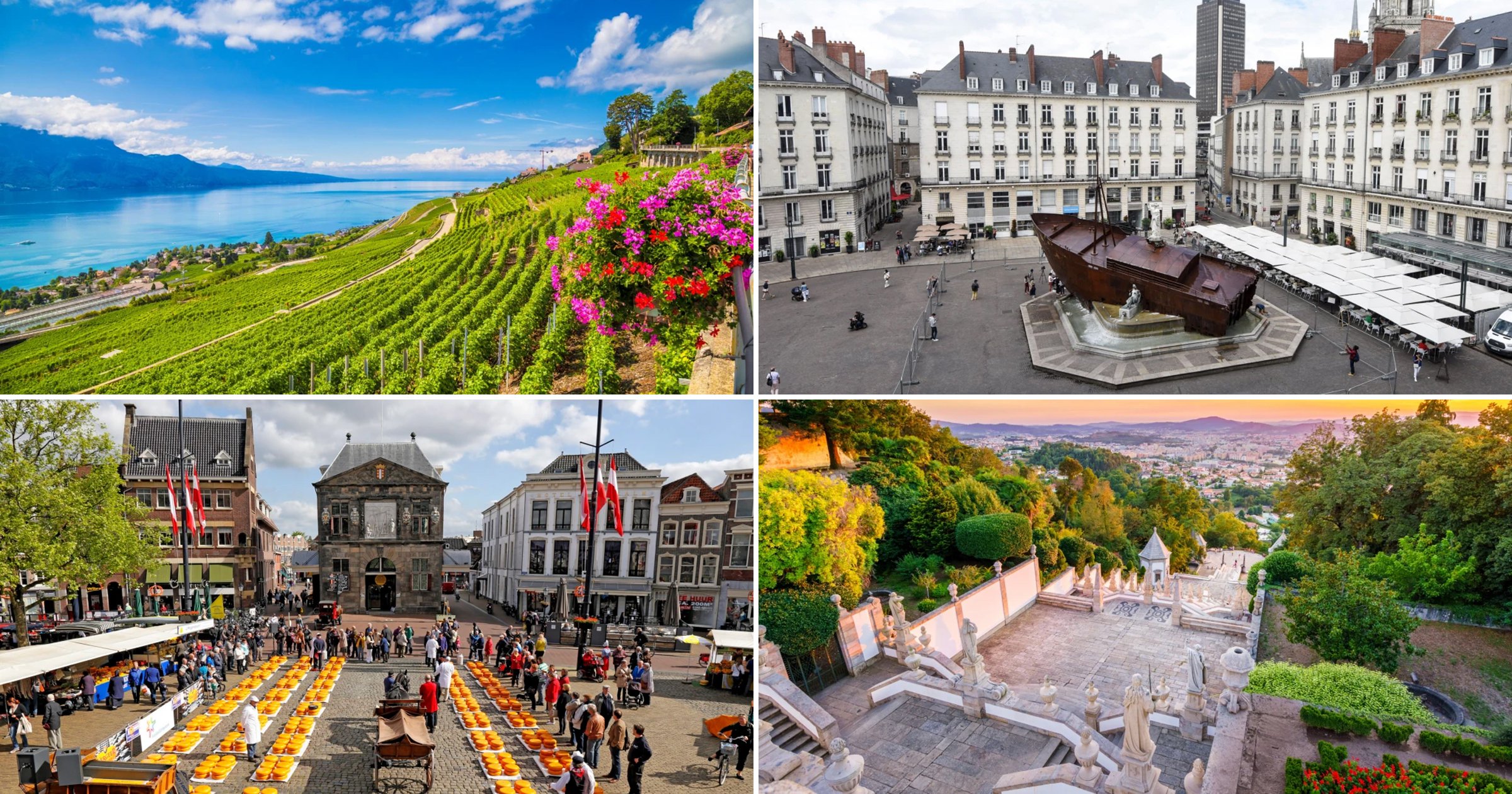 Europe’s capital cities are all well and good, but it’s about time we explored the continent a little more deeply.

And that means making the most of its impressive ‘second cities,’ which are teeming with history, culture, landscape and – this being Europe in the summer – incredible food.

Like a historical site? Portugal’s oldest city hoards a 12th-century cathedral, two sets of Roman ruins, 17th- century plazas and even a flamboyant baroque staircase up which kneeling pilgrims go to the Bom Jesus do Monte basilica.

Yet there’s plenty more to like besides old stuff: beaches are close, restaurants are affordable and the old Mercado Municipal – hawking veal-stuffed frigideiras pastries – has gone plastic-free below its cool new glass-and-timber roof.

Named for its proximity to the station, this entirely new arts district cements waterside Lausanne’s cultural punch. In between inspecting it, take ferries across Lake Geneva, hike nearby Lavaux’s terraced vineyards for views of snow-hatted Alps, share fondue at Café du Grütli and investigate the post-industrial Flon quarter, where indie stores and nightclubs occupy old depots.

Now its cultural festival, Le Voyage à Nantes, has visual events and happenings in the city’s public squares until September 11. More recently, the river-hugging city, two-thirds of whose residents are under 40, has been tipped as France’s next great food capital.

Stay: Sōzō hotel makes improbably funky use of a 19th-century chapel. From £116pn.

Stay: Previously a jetset hangout, the ocean-facing Olympos Naoussa restaurant has added 60 boutiquey bedrooms with a modern art deco style. From £155pn, from On Residence.