TYSON FURY mocked "bum" Anthony Joshua with a meme of him taking his rival to school.

The heavyweight champions have already verbally agreed a two-fight deal for 2021. 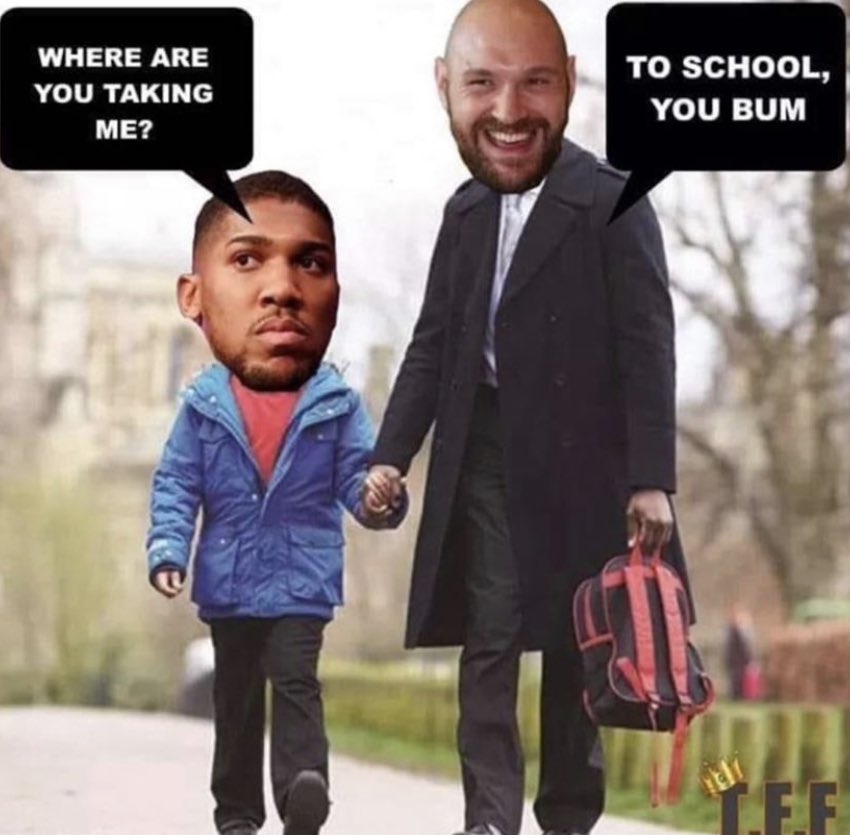 And ahead of their potential undisputed title decider, Fury taunted his rival by indirectly telling Joshua he has superior skills.

In the picture, a mocked up image of AJ asks: "Where are you taking me."

The Battle of Britain had come under threat after the WBC mandated the winner between Fury and Deontay Wilder, 34, – signed for this year – to face Dillian Whyte.

But Whyte's hopes of finally challenging for the heavyweight crown went up in smoke after he was knocked out by 40-year-old Alexander Povetkin.

Whyte, 32, has the chance to enact revenge against Povetkin in a rematch.

And Fury has told Joshua to "stop running away" now his mandatory duties have momentarily been erased.

He BT Sport Boxing: "Eddie Hearn was trying to protect Joshua, trying to put a hurdle in the way with Whyte.

"The biggest fight out there now is me and Joshua, so let's make it happen.

"Stop running away, stop making excuses, put your nuts in your handbag and let's fight."