TYSON FURY says he will return to the ring "in late April" as he continues to build up his fitness. 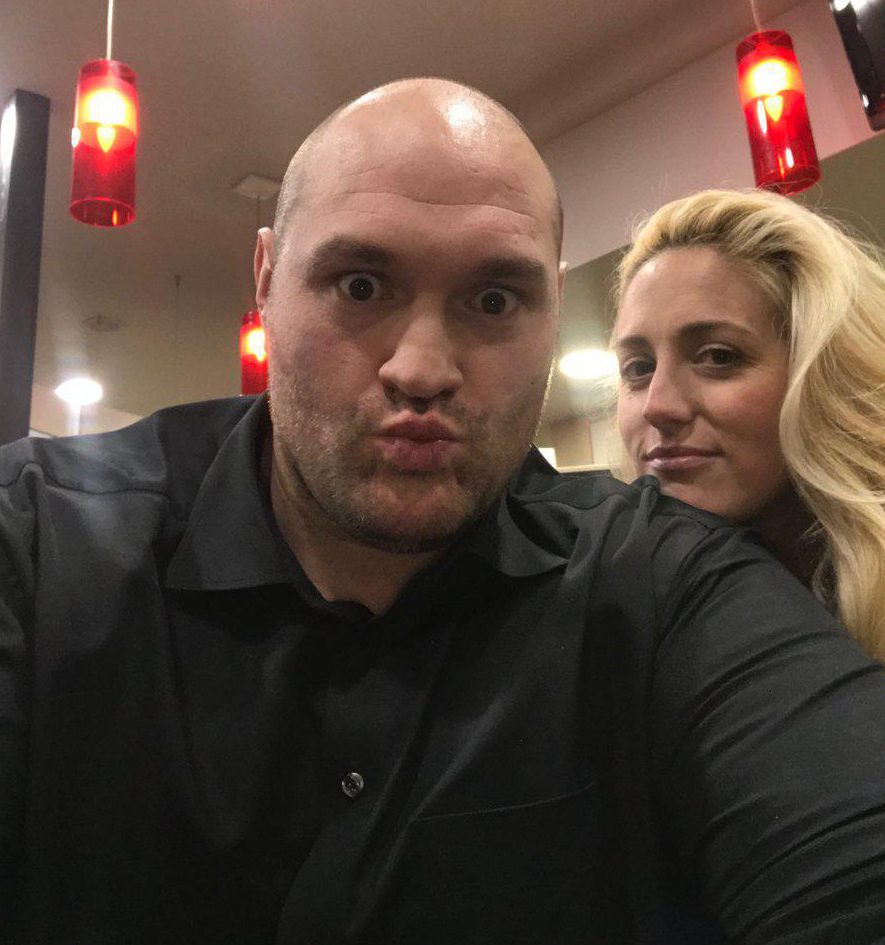 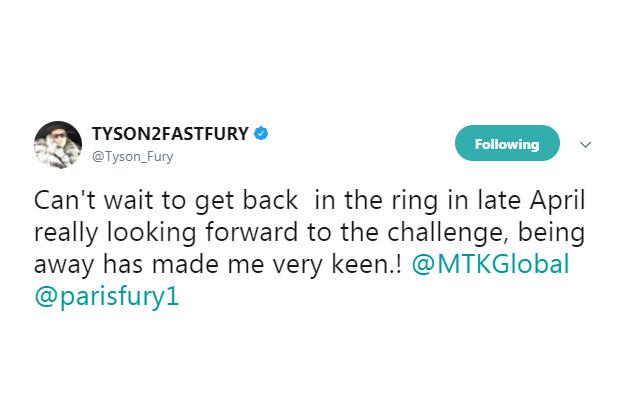 But AJ is all set to sign for a unification clash against current WBA champ Joseph Parker at the end of March in Cardiff, meaning Fury will be looking elsewhere.

Posting a photo of himself with wife Paris on Twitter, Fury wrote: "Can't wait to get back in the ring in late April really looking forward to the challenge, being away has made me very keen."

It's not known who Fury is eyeing for his comeback fight, and although he has said he is not interested in a "warm-up" it would be surprising if it one of the world's elite heavyweights.

The Gypsy King has just completed his first week of his training camp in Marbella alongside WBO middleweight champion Billy Joe Saunders. 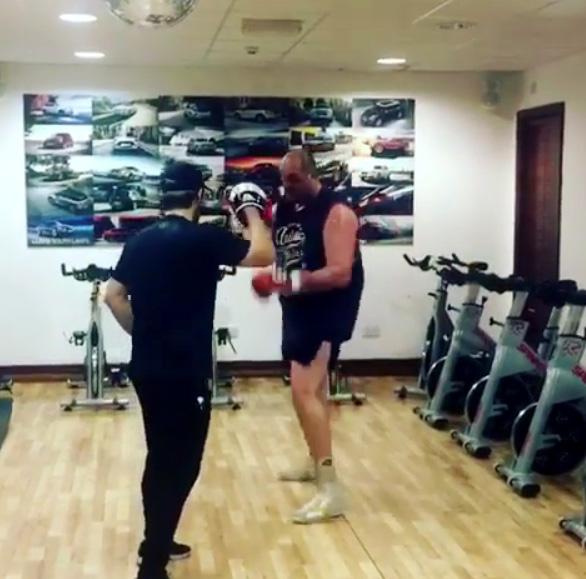 And last week he once again turned his attention to Brit compatriot Anthony Joshua on Twitter, calling out the 2012 Olympic gold medallist.

Writing on social media, the 29-year-old: "Fantastic first week in camp. The weight is flying off.