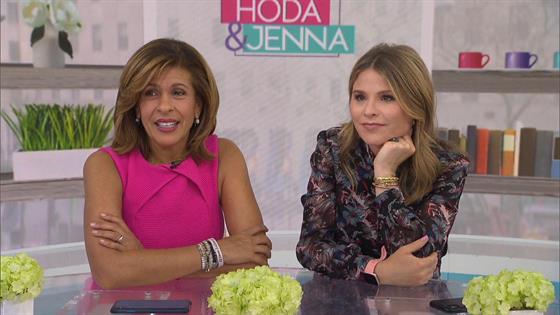 Hoda Kotb helped one groom pull off the most epic surprise for his bride.

During Thursday’s episode of TODAY, the fan-favorite news anchor, who is an ordained minister, officiated a Zoom wedding for an Arizona couple that was forced to cancel their big day due to the coronavirus pandemic.

After hearing John Sizer and Melanie Mulvihill‘s story and coordinating the details with the groom, Hoda joined in on their virtual ceremony, which was a surprise to the bride as she thought she was hopping on a Zoom chat with her friends to catch up. Once Melanie was up to speed on what was happening, she was surprised once again by Hoda, who was waiting in the wings to officiate.

Taking over for their local pastor, Hoda led the couple in their vows. ‘Alright, John: ‘Mel, I take you as you are,'” she said. “‘John, I will love you and have faith in your love for me.'”

Reflecting on the moment during the TODAY segment as footage from their Zoom wedding played, John said, “I want her to know that I love her and I’m excited for this. And I can’t wait to be her husband and her my wife.”

Then, it was time for the groom to kiss the bride, as Hoda proudly announced, and John and Melanie’s friends and family cheered as they watched the two become husband and wife. But, the star still had one more surprise up her sleeve.

“It’s not really a wedding without a first dance,” Hoda teased. “And, I know one of the songs that you love—and I love this song, too—it’s a song called “Yours” by a guy called Russell Dickerson…” And, before they knew it, the singer-songwriter joined in on the festivities to perform the song.

Watch the romantic surprise unfold in the amazing video above!

(E! and NBC are both part of the NBCUniversal family.)