Watsonia North has emerged as Australia’s most tightly held suburb, new data shows, with homeowners hanging onto their houses for more than 23 years on average before selling.

The suburb in Melbourne’s north-east topped a CoreLogic list of neighbourhoods with the highest median hold periods, closely followed in the Victorian rankings by Vermont South, Eaglemont, Coldstream, Taylors Lakes and Clarinda, where homeowners stayed put for more than 20 years.

CoreLogic head of research Tim Lawless said these suburbs were now seeing generational ownership and had hold times well above Melbourne’s averages of 9.1 years for a house and 8.1 years for a unit.

“The longest held houses are all part of people going through a gradual upgrading process – people are buying in a suburb and then going through a cycle of … finding their forever home, so to speak,” he said.

“It’s interesting that we don’t see the blue chip suburbs like Toorak in the tightest held, which is kind of interesting because they’ve generally reached the pinnacle of their upgrade cycles.”

Houses, he said, would always have a longer hold time as more investors bought units, selling up sooner than owner-occupiers. 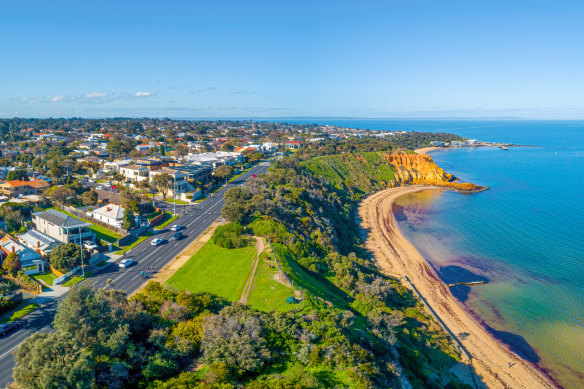 Unit owners who hold on to their properties for more than a decade are mostly in the middle and inner-city suburbs, with Black Rock topping the list at a median hold time of almost 16 years.

Expensive inner-city locales such as East Melbourne, Carlton North, Albert Park and Middle Park each have a median hold time of more than 11 years.

Ethos Urban director and demographer Chris McNeill said tightly held areas were emerging after young couples and families had moved there 40 years ago, staying put to hold on to the strong family and social networks they had built since then.

“They’re well located in terms of getting into and out of the city or getting to work or around the area and so a lot of them have stayed put for those reasons as well,” McNeill said.

Unit owners were mostly downsizing, he said, enjoying their retirement and holding on to their city bases for a low maintenance lifestyle change.

Price growth was also an attractive reason to hold on and not sell too quickly, he said. Many of the tightly held suburbs had house values above $1 million.

Price growth and a strong connection to the community are two of the reasons Johnny Bozinovski is planning to stay in Taylors Lakes, in Melbourne’s outer west.

He’s hoping to buy his next home in the suburb he grew up in and stay for the long term, as many in the area have.

Johnny Bozinovski is selling one Taylors Lakes home to buy another. He plans to stay there long term as many others in the tightly held suburb have.Credit:Scott McNaughton

“I don’t think you’ll find somewhere like this that’s so close to the city … everyone knows each other and everyone gets together, like my mates, at The Lakes gym, or we get a coffee at Watergardens [shopping centre],” the 23-year-old electrician said.

Though he already owns a property in Taylors Lakes, which he finished building a few years ago, he is now selling to find his next project and a home that he will call his own for a long time.

“My brother just got his builder’s licence, so we’re looking for a block or something we can knock down and rebuild a few properties on, and I’ll stay in one of those,” Bozinovski said.

“People tend to hold on to their houses a lot longer here,” Travlos said. “It’s a family oriented area and the kids have decided to keep their parents’ home and fully renovate them, while the parents look for a smaller place.” 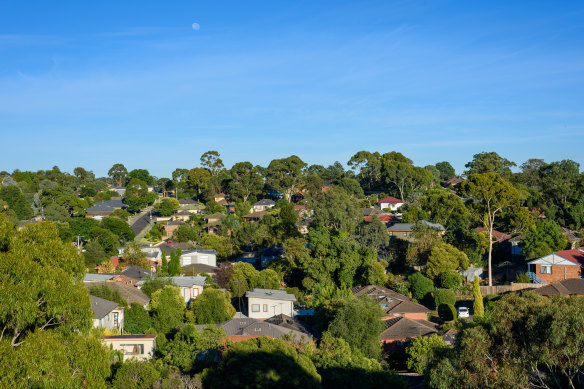 House prices in Greensborough are more expensive than the tightly held homes in Watsonia North.Credit:iStock

“It’s a good little pocket of the north-east, and it’s more affordable than Macleod or Watsonia or Bundoora … obviously La Trobe Uni is nearby, and it is a smaller suburb where everybody knows everybody,” Voltscos said.

While there are downsides to people hanging onto homes for decades, meaning there is less available for families wanting to buy, the upside for owners is that they are much more likely to see a substantial profit once they sell.

CoreLogic’s recent Pain and Gain report showed properties owned by the same vendors for 30 years or more were achieving a median $781,750 gain across the country.

Most Viewed in Property