Last year,  26-year-old Layla Comstock broke fast with her friends almost every night during Ramadan. A recent convert who joined the Islamic faith a few years ago, being surrounded by her Muslim friends meant she always had someone to break fast or walk to prayer services with.

The plan was to do the same this year. Then the coronavirus pandemic happened, throwing Comstock and millions of other Muslims’ plans for the holy month into flux.

Comstock is a student at Bloomsburg University of Pennsylvania in her last semester and the president of her Muslim Student Association. She and her friends are forfeiting their in-person plans this year, given the statewide shelter-in-place order and the need to socially distance to stay safe. This Ramadan, she’ll be breaking her fast alone.

“The situation is super isolating,” said Comstock, who lives alone.

In order to mitigate the spread of the coronavirus outbreak, mosques across the country have closed their doors, putting a pause on communal Friday prayers and other activities in which Muslims might worship together. Families can no longer host large iftars (dinner parties to break fast), and evening prayers that often last into the night are suspended.

These closures are particularly painful during Ramadan, the holy month that begins later this week. For one month, Muslims fast from dawn to dusk every day and increase their daily prayers in order to achieve self-discipline and piety. Ramadan is also a popular time for worshippers to gather and eat together when they are not fasting, meet for evening prayers and perform acts of charity and other social services in large numbers.

This year, mosques and religious organizations have pivoted to online programming, and Muslims like Comstock have turned to the internet for communal support in order to make the most out of the holy month.

To combat the loneliness this Ramadan, Comstock plans to host “Zoom iftars,” where she and friends line up their menus, cook and break the fast together through video chat. She hopes the digital get-togethers help her keep in the Ramadan spirit of celebrating with others.

“I know as a revert, Ramadan was always, like, kind of lonely if I didn’t have the community around me,” Comstock said. “My first four years of being Muslim, I was the only person I knew who was a Muslim.” 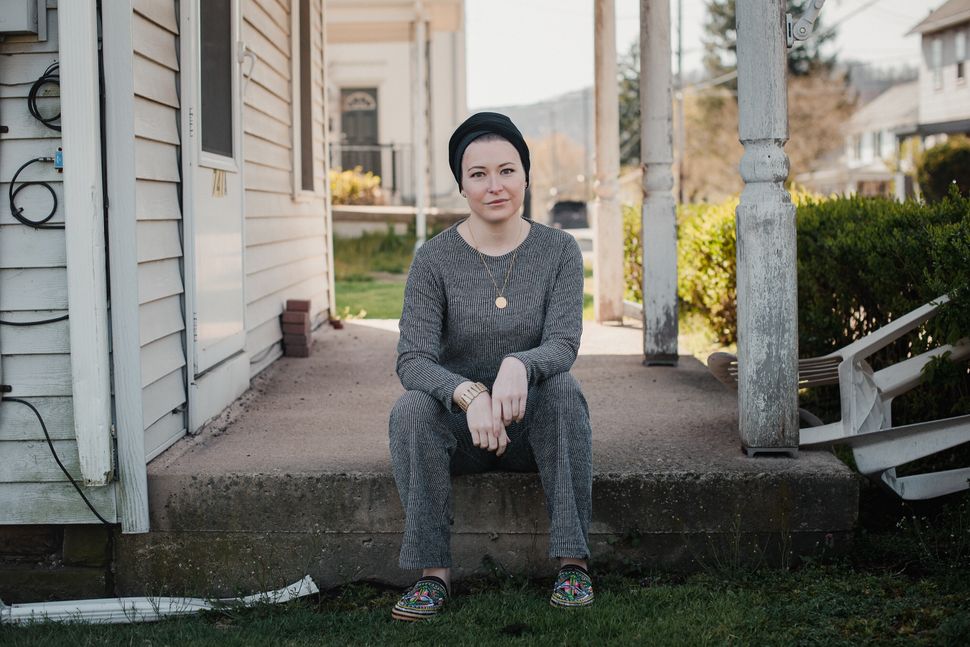 Individuals who signed up were assigned an “iftar team” and then joined fellow Muslims for a weekly evening meal during Ramadan.

With social distancing rules in place, the organization took its efforts online for this Ramadan. Iftar League members now can sign up to virtually participate and join other Muslims in the region for a communal break-fast meal or even have a predawn meal together before the next fast begins.

“We hope that we can feed some of that social connection and that communal reflection that people might be missing from a lack of in-person gatherings,” said Lauren Schreiber, the co-founder and executive director of Center D.C.

Other Muslims, like Comstock, are organizing their own virtual events. Outside of Richmond, Virginia, 33-year-old Salaam Bhatti has scheduled what he called “e-ftars” with friends and family at least once a week.

“It will be a nice way to still have that semblance of gathering, like the way we would have gathered in our mosque, but you know, we just can’t have that right now,” Bhatti said.

He and his wife and son are all at home, and Bhatti wants to dedicate their extra time together to worship as a family ― an opportunity he did not have with a regular work schedule and commute.

“We can just supplement our time now and really just be dedicated to what Ramadan is all about and that is that spiritual nourishment,” he said. “We don’t get to take advantage of that any other year.”

Keeping Up With The Technology 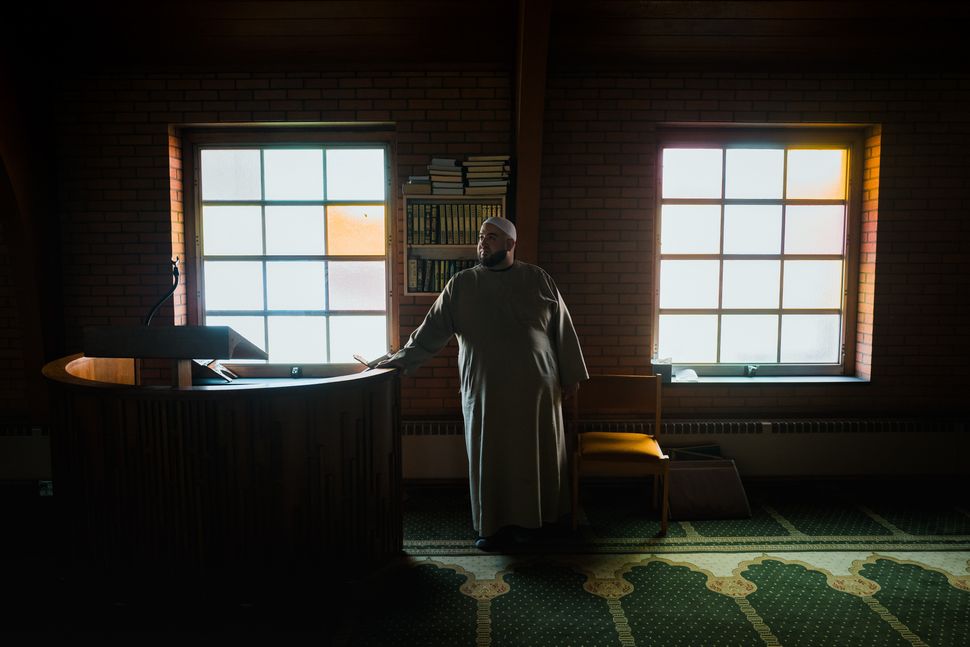 Transitioning to an online-only worship and community isn’t easy. Mosques often relied on large congregations during Ramadan to raise money in order to pay for that year’s expenses. Now that those funds aren’t coming in, some imams were laid off when their mosques could no longer pay their salaries.

Other mosques and religious institutions have been forced to confront their glaring technological incapabilities.

“Many of the mosques did not have a strong online presence and did not have an effective means of reaching its congregants through the virtual platforms,” said Osamah Salhia, the resident imam at the Clifton location of the Islamic Center of Passaic County, New Jersey, which is home to one of the largest Muslim communities in the U.S. “So I think this has definitely been a growth experience.”

The Islamic Center of Passaic County, which serves more than 25,000 congregants, closed down at the state’s direction in March. Since then, it has continued its social services, including aid to congregants who need financial help, and launched several online programs for the month of Ramadan. The community, like others across the U.S., is suffering during the pandemic and consequent economic shutdown. Congregants have reached out to Salhia about congregants’ mental health concerns due to isolation, how to bury a Muslim congregant who died of COVID-19 and technical questions about virtual prayers.

The imam tries to quell concerns and remind Muslims that this isn’t the first time mosques were forced to close because of pandemics or warfare. He encourages people to take advantage of the time at home to practice the Islamic tradition of seclusion and inward reflection

“Ramadan, just as it’s special for Muslims every single year, it remains special even if we’re not physically in the same location,” Salhia said. “It still carries the same blessings.” 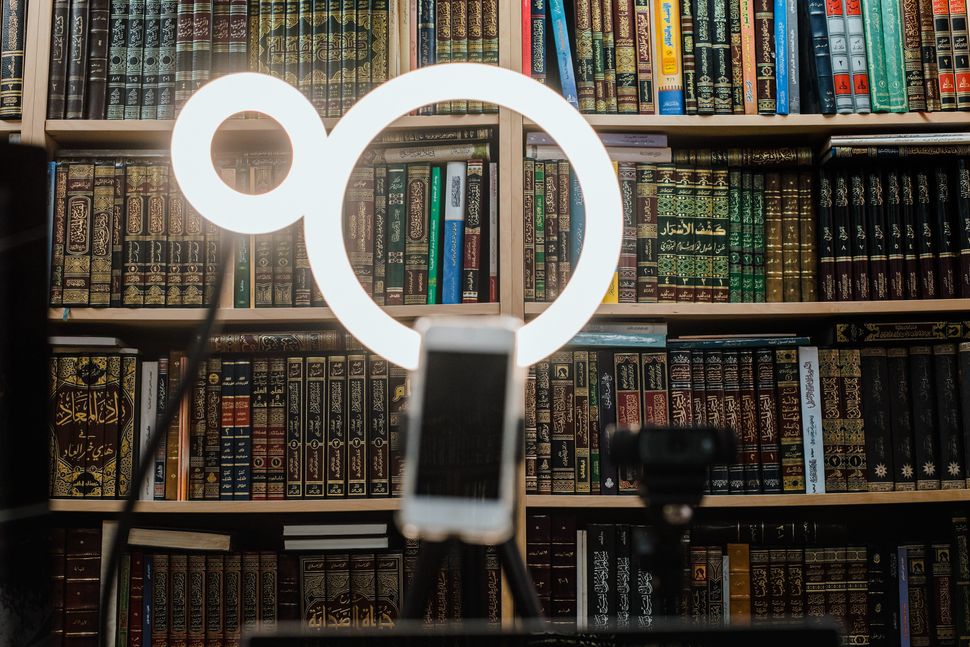 Muhammad Sattaur is the founder and executive director at the Imam Ghazali Institute, a religious organization that provides religious seminars and access to Islamic experts. He wants to make it easy for families to engage one another at home since they can’t go to mosques or other institutions for educational programs. Imam Ghazali Institute launched a COVID-19 prep course that teaches how to worship and maximize Ramadan while social distancing. It also started the mini-Masjid campaign, encouraging parents to “build a mosque at home” and implement mosque-like programs, such as leading evening prayers with your family and Mommy & Me Zoom sessions with other families.

The organization also launched a virtual weekend Islamic school, where parents can access three to four hours’ worth of resources to engage their children each week during Ramadan. So far, more than 4,500 children across the country have enrolled in the program.

“This Ramadan is a very unique Ramadan, and it’s probably going to be one of the most memorable moments for young people,” Sattaur told HuffPost. “I think that it’s important that parents take a moment and really reflect and plan for this Ramadan, in terms of what they want their families to get out of it.”

Gathering online is a good thing, but it still isn’t quite the same as the friend and family gatherings and communal prayers and worship that make up most Ramadans.

Asma Bawla, a 19-year-old sophomore at New York University who was forced to return home when it closed its campus and went remote after the coronavirus outbreak, is sad to miss all of the social aspects that came with Ramadan.

In her previous years, Bawla participated in volunteer opportunities during the day during Ramadan, such as making meals for the hungry and visiting shelters. At night, she joined hundreds of New York Muslim students and community members for an iftar followed by tarweeh prayers ― the additional evening prayers practiced by Muslims during the month. Often, she and girlfriends would pack into her car and go out for ice cream at odd hours when they could eat.

During the weekends, she would return home to her family in Albany, where the social events continued. Together, they attended iftar parties with her family and relatives and visited their mosque.

But with all the social aspects of the month eliminated, Bawla was forced to step back and readjust.

“I am a little bit sad,” she said. “But I was reflecting and asking how can I benefit from that extra time that I’m not socializing and hanging out with my friends. I think I can grow in a different way.”

Bawla made a list of new ways to reconnect with her faith, including making it an effort to worship with her parents and siblings who live with her now, taking advantage of online programming and reconnecting with the outdoors.

Although she acknowledges that she’s lucky to be home with family members, she recognizes not everyone is in her situation. In light of that, she hopes to call and text people in her circle more frequently.

Meanwhile, in Pennsylvania, Comstock compiled a list of 20 people ― some who are friends in North Africa and West Asia ― to send handwritten letters.

“I thought that would be a good idea, especially because our communities are separated, just to send out like, hey, you’re not alone, here’s a cute little message about Ramadan,” she said.

She’s excited to start sending out the cards this week. She hopes to get some back ― that she and other Muslims can be reminded of their community during a holy month that’s tougher than many.

“Basically all that I’m doing between the cards and just reaching out to anyone is trying to just make connections,” said Comstock.