Avril Lavinge has joined TikTok and made a big splash with her debut video. She threw it back all the way to 2002, dusting off the iconic red and blue tie from her “Sk8tr Boi” video, which she wore over a black tank top, baggy black shorts, and black sneakers. She lip-synced to her classic song in honor of National Skateboarding Day. In the TikTok video, she can be seen crouching at the top of a mini ramp with the ocean behind her.

The video zooms in on her red and white striped tie and then zooms out to reveal skateboarding legend Tony Hawk wearing the tie. He then gets on his skateboard and tears it up in true Hawk style. It was exactly the right way for Lavinge to make a mark with her first TikTok, from the day she chose, the song she chose, and Hawk’s appearance. Fans are eating it up, too. Keep reading to find out what they have to say about Lavinge’s first TikTok.

Fans are freaking out over Avril Lavigne's TikTok debut 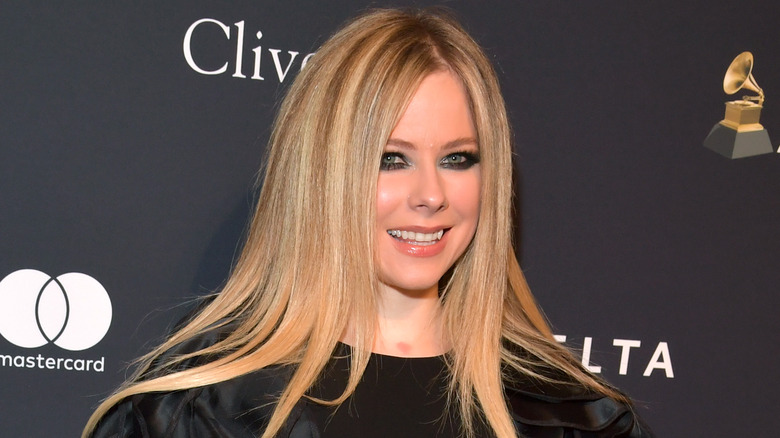 Avril Lavinge publicized her first TikTok on her Twitter and Instagram accounts. Fans compared side-by-side photos of Lavinge from 2003 and her TikTok and commented on how she has not aged over the past 18 years. One Twiter user said, “What unicorn blood is this woman drinking? If you told me these were taken a month apart, I would have believed you.”

Another Twitter user said, “You look the exact same, Outfit and everything. I’m here for it though.” And yet another said, “Avril Lavigne here like ‘I thought about aging but I decided not to.'” And this Twitter fan said, “So, how long have you been immortal?”

Some fans were blown away by Lavinge’s collaboration with skateboarding legend Tony Hawk, writing, “This is absolutely the coolest collab I’ve seen this year for sure!” Another Twitter user added, “so, it’s a TikHawk.” (Well played, sir.) Yet another fan wrote, “The Queen and The King of sk8ting! Amazing video, sk8er girl.” But the consensus most people came to can be summed up by this tweet, which said, “Your debut on TikTok couldn’t be better.” We definitely agree!