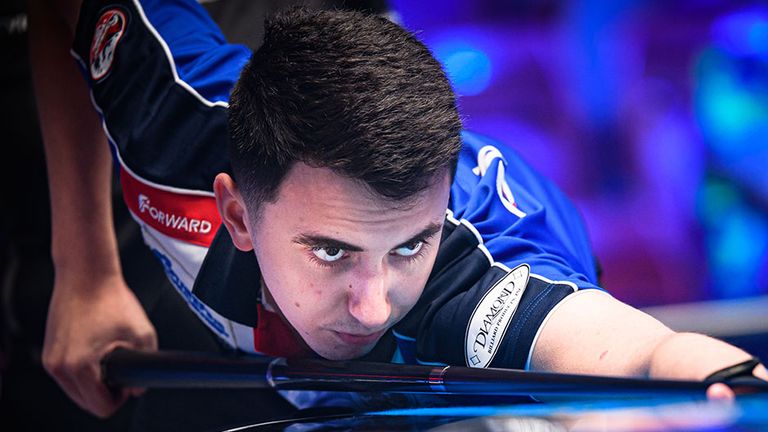 Fedor Gorst survived a huge scare in the opening match of his World Pool Championship defence as he fought back to defeat Estonia’s Mark Magi in Milton Keynes.

Russian star Gorst fought back from 5-1 and 6-2 down to defeat Magi 9-7 at Marshall Arena.

He’ll face Mark Gray for a place in the last 64.

The performance of a #MosconiCup MVP 👏

A sublime showing of grit and character. Still plenty of opportunity for Neuhausen to make the last 64!#WorldPoolChampionship pic.twitter.com/UEdYJY10FZ

Jayson Shaw found himself 6-0 down against World Under-17 champion Moritz Neuhausen of Germany, but the former US Open champion and current Mosconi Cup MVP, being watched by European captain Alex Lely, began a confident fightback, winning eight racks without reply.

The German youngster cut the deficit to 8-7 with Shaw on the hill but the Scot wrapped up the match 9-7.

The two-time World Champion showing exactly why he is just that!

A carom on the 5 and 4-9 bank combo for the W for Thorsten Hohmann against Mika Immonen 🤯#WorldPoolChampionship pic.twitter.com/shB2rfxw6Z

There were also opening session wins for Championship League Pool winner Albin Ouschan, who beat Fabio Petroni 9-5, and Finland’s Mika Immonen who beat Kristina Tkach 9-4 having been 3-1 down early on.

EXCLUSIVE: Naoyuki Oi reveals he is a 'shy boy' 🤔 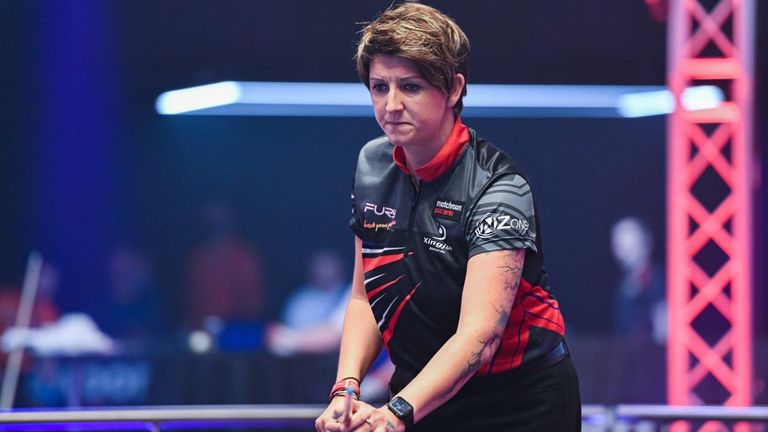 Alex Kazakis, who was recently crowned World Pool Masters champion, was up against his mixed-doubles partner Kelly Fisher, the women’s world champion, and the Greek star was a 9-1 winner.

American female April Larson gave Chris Melling a scare before the Brit closed out a 9-7 victory, while Darren Appleton booked his place in the last 64 with a 9-2 success over Germany’s Christof Reintjes, who was on the winning side when the pair were on opposing teams in the World Cup of Pool final last month.

For those on the move, we will have the Snooker & Pool season covered via our website skysports.com/more-sports, our app for mobile devices, or our Twitter account @skysportspool for latest news and reports.