A month before China reported its first COVID-19 cases in 2019, three researchers at China’s Wuhan Institute of Virology fell ill and had to be hospitalized, according to a previously undisclosed U.S. intelligence report The Wall Street Journal cited on Sunday.

Sick researchers were previously mentioned in a Jan. 15 U.S. State Department fact sheet that didn’t say they had to be hospitalized. The fact sheet only stated that researchers had fallen sick in November 2019 “with symptoms consistent with both COVID-19 and common seasonal illness” and that the Chinese Communist Party had prevented them from being interviewed. 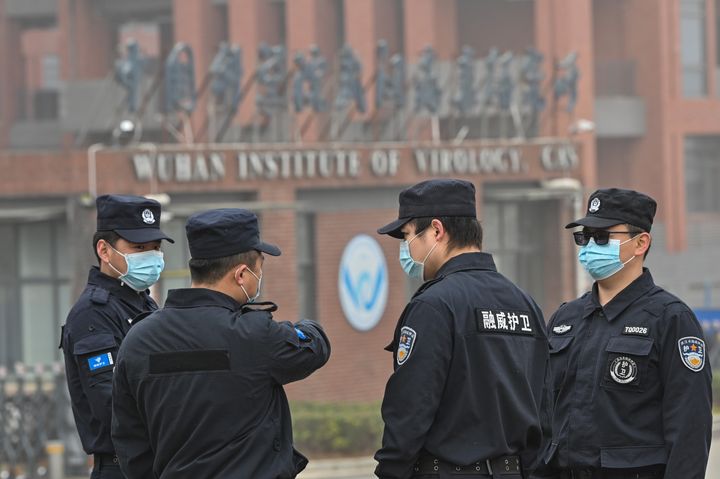 The prospect of seriously ill researchers raises fresh speculation about the coronavirus’ origin and timing. China reported its first COVID-19 cases to the World Health Organization in late December 2019.

Asked about the Journal’s report on Monday, White House press secretary Jen Psaki said the Biden administration is continuing to press the WHO “to support an expert-driven evaluation of the pandemic’s origins that is free from interference or politicization.”

“What we can’t do, and what I would caution anyone doing, is leaping ahead of an actual international process. We don’t have enough data and information to jump to a conclusion at this point in time,” she said.

Chinese officials and scientists have repeatedly denied the theory that the virus originated from a local laboratory. They dismissed the intelligence report on Monday.

“The United States continues to hype up the lab leak theory,” said foreign ministry spokesperson Zhao Lijian, according to Reuters. “Does it care about traceability or is it just trying to distract attention?”

The director of the Wuhan National Biosafety Lab, which is part of the Wuhan Institute of Virology, also dismissed the report.

“I’ve read it, it’s a complete lie,” Yuan Zhiming told China’s state-run tabloid the Global Times on Monday, calling the claims about sick researchers groundless. “The lab has not been aware of this situation, and I don’t even know where such information came from.”

A U.S. National Security Council spokesperson offered no comment on the intelligence report to Reuters but said the Biden administration continues to have “serious questions about the earliest days of the COVID-19 pandemic, including its origins within the People’s Republic of China.”

The WHO has been investigating the virus’ origins and released the results of a joint study with China in late March that found it to be “extremely unlikely” that the coronavirus originated from a lab. The U.S. and 13 other countries criticized the report for being delayed and not including access to complete data.

“Scientific missions like these should be able to do their work under conditions that produce independent and objective recommendations and findings,” the countries said in a unified statement that called for “a timely, transparent, evidence-based process.”

More than a dozen scientists from the U.S., U.K., Canada and Switzerland also expressed concerns with the study’s findings in a letter published in the journal Science earlier this month. The experts specifically said origin theories “were not given balanced consideration” in the WHO’s report.

Despite that report’s findings, the WHO has said that “all hypotheses remain open” on the virus’ origin.

“We have not yet found the source of the virus, and we must continue to follow the science and leave no stone unturned as we do,” WHO Director-General Dr. Tedros Adhanom Ghebreyesus said shortly after the report’s release.

Dr. Anthony Fauci, the leading U.S. infectious disease expert, has also said that he is “not convinced” the virus developed naturally.

“I think that we should continue to investigate what went on in China until we find out, to the best of our ability, exactly what happened,” he said during a panel discussion with the Poynter Institute earlier this month. “Certainly, the people who have investigated say that it likely was the emergence from an animal reservoir that then infected individuals, but it could have been something else, and we need to find that out.”