If you were ready for some football at Thursday’s National Football League draft, you had to wade through a lot to get it.

Before the picks began, there was Heart’s Ann Wilson hoarsely screaming the National Anthem, then two songs from rockers Kings of Leon. There was a lot of discussion, speculation, and shots of fans wahooing in excitement, and then joining in for the traditional booing of NFL Commissioner Roger Goodell.

There was the introduction of some old-time Cleveland Browns stars. There were several assurances that all attendees, green room guests, and fans attending had been vaccinated. 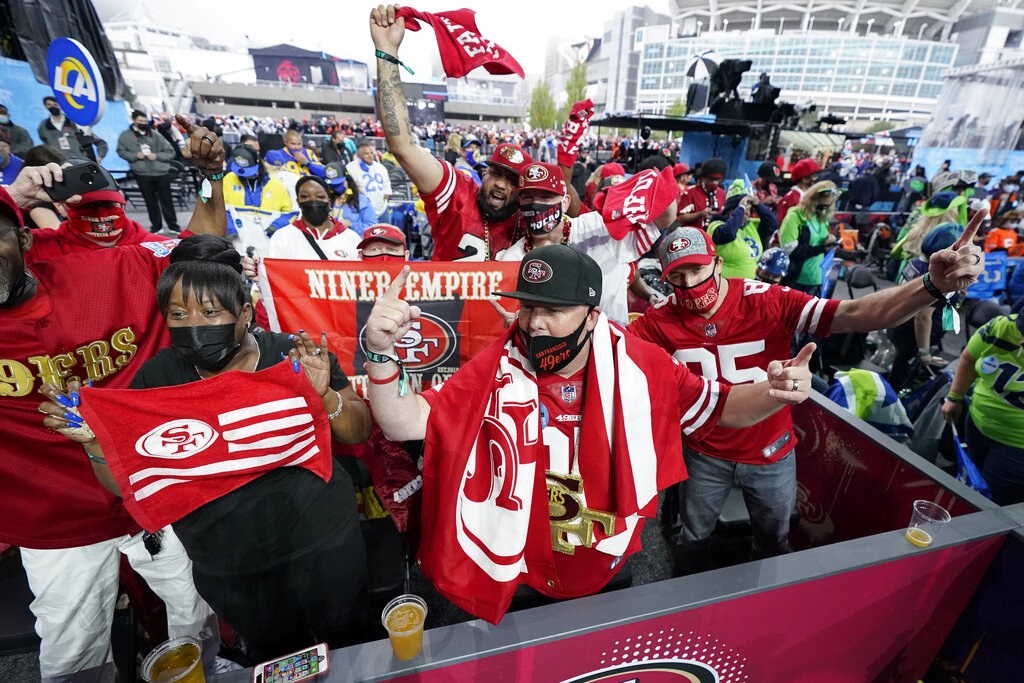 Then, finally, a long 27-minutes after the start of ABC/ESPN’s draft coverage, there was a pick, the main reason everyone had tuned in to the show, and then another.

Unfortunately for impatient fans, both selections – Clemson quarterback Trevor Lawrence to Jacksonville, and BYU quarterback Zach Wilson to the New York Jets – had been known for weeks, if not longer. At that point, the Kings of Leon were looking pretty good.

It took until the third pick of the draft for a little drama to emerge. Earlier in the day, Green Bay Packers quarterback and former Jeopardy! host Aaron Rodgers was rumored to want out of Wisconsin. Would the San Francisco 49ers work out a deal for pick No. 3? The answer, at least for now: No. But they did take the third quarterback in a row, selecting North Dakota State’s Trey Lance, a mild upset in that they selected someone who has played all of 17 college games.

Overall, the NFL Draft was somewhat back to normal after a year where it was conducted via Zoom, thanks to the pandemic. Held this year in Cleveland, the fans brought the energy that had been missing with last year’s remote show. The teams selecting were still remote, with the local Los Angeles Rams holed up in a Malibu beach house as their war room for the weekend.

Commissioner Goodell indicated that the league was grateful for the return to semi-normal.

“We all agree that over the past season, the one thing we all missed was you, the fans.” Goodell said at the start of the draft. “We can’t wait to have you all back in First Energy Stadium (home of the Cleveland Browns) and at every stadium across the league this season.”

To honor the fan loyalty, the NFL had a fan for each team sit in a chair on stage as their team’s pick was made. The chair was one used by Goodell in his basement during last year’s remote draft.

Two first-round trades spiced up the early part of the draft. The Philadelphia Eagles and Dallas Cowboys swapped picks so that the Eagles could grab Alabama wide receiver and Heisman Trophy winner DeVonta Smith.

Right after that, the NY Giants and Chicago Bears flipped picks, allowing the Bears to take Justin Fields, the quarterback from Ohio State.

The draft continues tomorrow with Round 2-3 on Friday at 7 PM ET, followed by rounds 4-7 on Saturday started at noon ET. There will be 259 picks in the draft.