Here are all of the similarities and differences between the now-debunked Jejune Institute and the one depicted on television in Dispatches From Elsewhere. 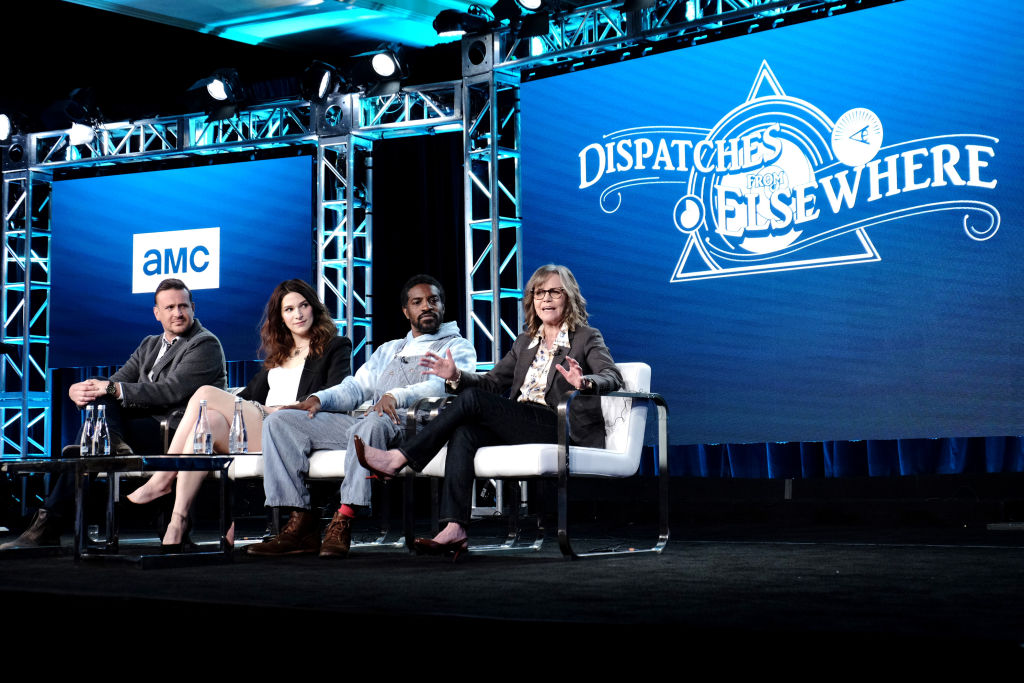 ‘The Institute’ inspired ‘Dispatches From Elsewhere’

A 2013 documentary called The Institute inspired Segel to create Dispatches From Elsewhere. Hull, who worked on the show with Segel as a producer, created an alternate reality game (ARG) in San Francisco back in 2008. From 2008 to 2011, thousands of players discovered the fictional Jejune Institute and worked to obtain clues, trying to find a missing girl named Eva.

We strongly suggest you bookmark this page. Link in bio.

Hull’s original purpose in creating the game was to encourage his community to engage with the beauty that surrounded them. Using counter-culture and street art, Hull was able to capture the intrigue of like-minded individuals and get them to look at the wold with a fresh perspective.

Aside from the game itself serving as a direct nod to Hull’s original idea, how the game is played in Dispatches From Elsewhere correlates with the format that inspired it.

In the series, players are drawn into the game by flyers (another similarity) for unique products or services, like dolphin communication studies. In both real life and the fictional series, players who interacted with these flyers were given further instructions.

Another similarity between the fictional show and Hull’s immersive project is the likeness of Octavio Coleman, Esq. In both the series and Hull’s game, Coleman was played by an actor — Richard E. Grant in the series and Arye Michael Bender in real life.

The prerecorded audio and video used in Dispatches From Elsewhere are similar to what is seen in The Institute and therefore Hull’s ARG. Since Hull had a hand in creating the AMC series, Segel had permission to use original phone messages and video recordings as a nod to Hull’s artistry.

One of the most significant differences between the show and the game that inspired it is the location. Dispatches From Elsewhere takes place in Philadelphia instead of San Francisco. Segel said when they were scouting for places to shoot, he was inspired by the street art and personality throughout the City of Brotherly Love.

“A lot of that subtext about the counter cultures of The Bay will be lost in the show,” Hull lamented about the location in an interview with East Bay Express. “[The Jejune Institute is] meant to be an homage to the end of the rainbow, the frontier of The Golden State.” He may have been disappointed in the shooting location, but that didn’t stop him from taking part in the series.

Yet another difference between Hull’s ARG and the one portrayed on television is how players interact with the game. Much of the gameplay in Dispatches From Elsewhere relies on technology, but Hull’s was more about interacting with the existing community.

Still, another difference between Dispatches From Elsewhere and Hull’s altered reality is the purpose of the game. In Segel’s retelling, the purpose of the game seems to be to inspire each player to be true to themselves. The first few episodes of the AMC series mimic that of The Wizard of Oz — each player is missing something in their lives, and they turn to the game in the hope that it will help them find whatever that may be.

“I found it really moving that people in different stages of life, from different walks of life, were all taking part in this thing because something was missing from their lives,” Segel explained. “We’re supposed to see our differences. I wanted to make a show about how we’re much more similar than we realize.” On the other hand, Hull said the purpose of his project was to encourage “spontaneity and play into our civic spaces.”

Will Dispatches From Elsewhere conclude the same way The Institute did? Find out Monday, April 27 on AMC.