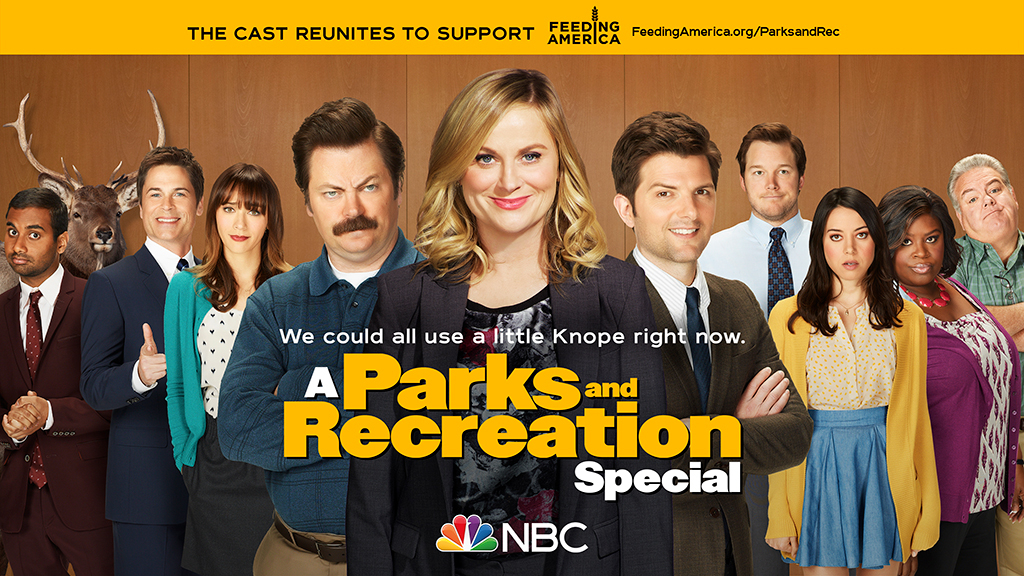 Not since the death of Lil’ Sebastian have we cried so much about Parks and Recreation.

A Parks and Recreation Special was not sad by any means, and was in fact a very positive half hour despite being set in these current, anxiety-inducing times. But after we watched Bobby Newport (Paul Rudd) read a message from Leslie Knope and that theme song started, tears were falling. Then Adam Scott was on screen, pulling out a copy of Cones of Dunshire and the lead character from his claymation masterpiece with Dunshire-themed plans for a new story, and it immediately didn’t matter one bit that everybody’s just on video chat in the actors’ homes. Or sheds.

The episode started out by letting us in on one of Leslie Knope’s nightly phone trees, as she’s desperately trying to keep up communication with all of her friends. After checking in with Ben (who was at home, while Leslie was at her office), she called Ron, who was not thrilled to be talking to everyone every night.

Ron was supposed to call Garry, but instead he called April, who revealed that she and Andy had put all their stuff in garbage bags and every day, she just wears the first five things she pulls out.

Andy then joined the call from the shed, where he had been stuck for two days after getting locked in, and no, April is not going to let him out.

“Oh Ron, Burt Macklin, FBI, does not need anyone to help him escape a measly shed.”

April and Andy also refused to call Garry, and called Ann and Chris instead. They explained that Ann is helping out as a nurse, so Chris and the kids are staying in one part of the house while she’s isolating herself in another. Meanwhile, Chris is giving blood four times a week because the CDC has asked him to, due to how healthy he is. 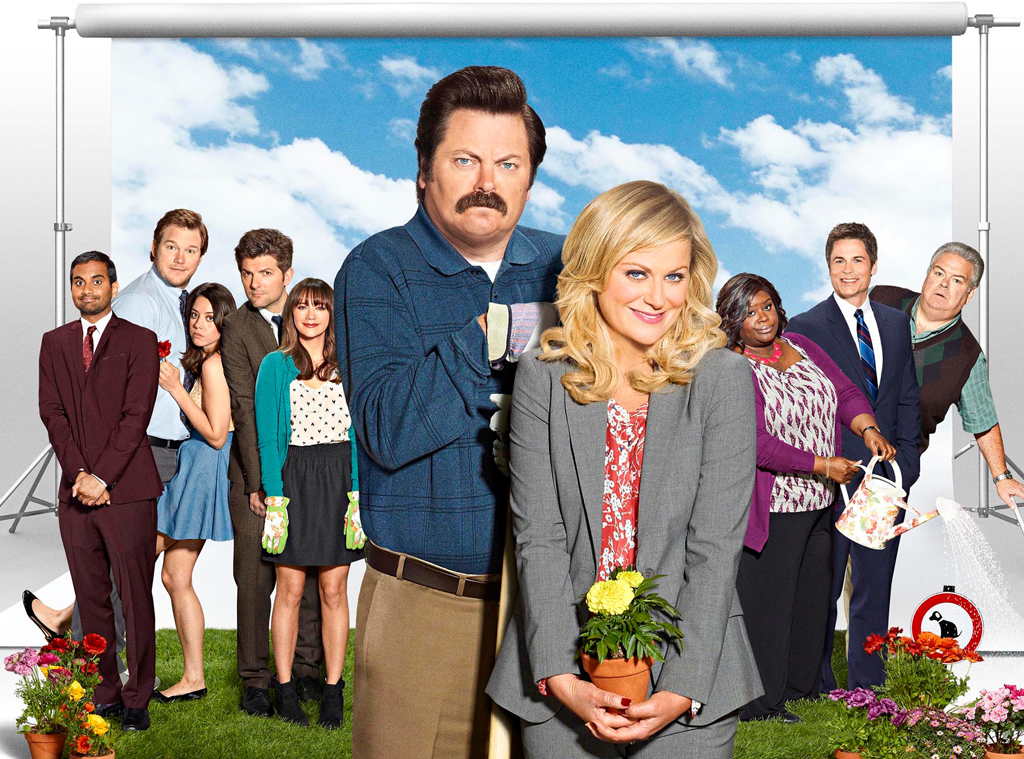 Tom chimed in from “Bali” because that’s where he was supposed to be during his book tour, and he called Donna, who then changed her background to fake Bali too while gushing about her schoolteacher husband and his online classes.

Donna finally called Garry and tricked Leslie into joining the call, and poor Mayor Garry had to deal with the backlash over cancelling the annual “Pawnee Popsicle Lick n’ Pass.” Then of course he accidentally turned on the face filters.

To help Garry out with the stubborn citizens of Pawnee, Leslie and Ben advocated for mental health on a little media tour on Pawnee Today with Joan Calamezzo (who is not doing well) and Ya Heard with Perd with Perd Hapley, featuring commercials for Dennis Feinstein’s “Miracule Cure” virus-killing fragrance, Jeremy Jamm’s home dental delivery, and Jean-Ralphio’s phone number, because now he has a ton of money after getting hit by a car and can buy ad space.

Johnny Karate also made an appearance on Ya’ heard With Perd, where he revealed he had never washed his hands before. 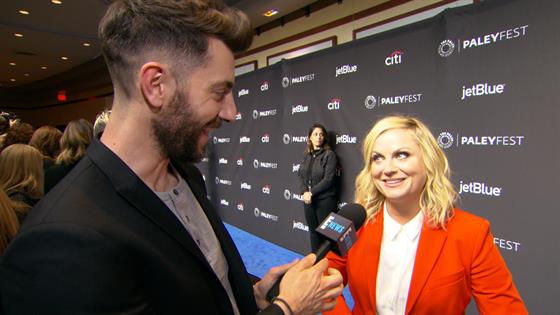 Leslie then connected with Ron again, who revealed that he and Diane had found Tammy 2 lurking outside their house, so now she’s tied up in Ron’s garage. But also, Leslie’s feeling sad that she can’t hang out with all of her friends.

And so Ron organized a group call with the whole gang, featuring a performance of “Bye Bye Lil’ Sebastian” led by Andy.

Ben still doesn’t get it, but boy, it got us. It was perfect.

Parks and Recreation aired on NBC. To donate to Feeding America, click here.

E! and NBC are both part of the NBC Universal family.