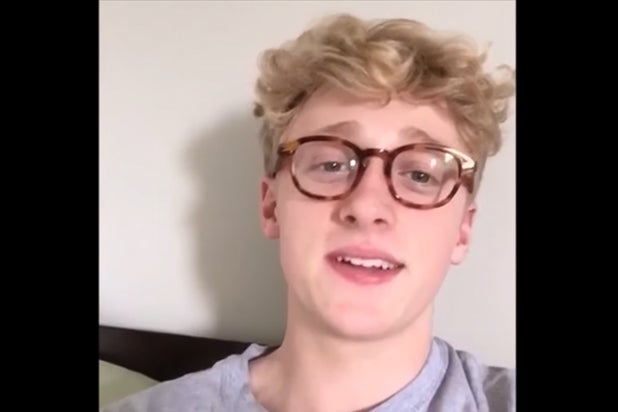 Adam Perkins, the former Vine star best known for his viral “Welcome to Chili’s” clip, died on Sunday at the age of 24.

Perkins’ twin brother, Patrick, announced Adam’s passing on Instagram late Tuesday night, posting a series of photos of the brothers together. “I can’t even really put into words what this loss means for me. I’m often asked the question, ‘what’s it like to be a twin?’ and my response is usually, ‘what’s it like to NOT be a twin?’” Perkins captioned the photo.

“Being a twin is a very central part of my identity. It’s all i’ve known. And i’m struggling to find the words to explain what it will be like for me to live in this world without him. My best friend,” he continued.

Perkins did not reveal his brother’s cause of death.

Adam Perkins first went viral in 2015, after posting a Vine to the now-defunct app. It was a simple video in which Perkins simply walked into a bathroom in his underwear, and cheerfully said “Welcome to Chili’s” to the mirror.

Perkins captioned the video at the time “I’m really proud of this one,” and it accumulated more than 25 million loops.

Vine has since been placed in an archived state after its shutdown, but you can watch the video below.

In his tribute post, Patrick Perkins announced that he will be releasing Adam Perkins’s album “Latch Relay” on a limited edition vinyl, in his honor.