Antiques Roadshow’s ceramics and glass expert Fergus was stunned by the royal plate designed by French painter Désiré Leroy. While analysing the item for valuation at Newstead Abbey, Nottinghamshire, he confirmed to the owner he wouldn’t find anything else like it, so putting a price on the plate seemed “silly.” But BBC One viewers saw him value the item at £6,000.

“It takes my breath away, it really does,” he said. “It doesn’t get any better than this.”

“Well, that’s lovely,” the owner of the plate commented. He had explained earlier he’d bought the plate at auction years before.

He said: “In 1893, the Duke of York and Princess Victoria Mary of Teck were to be married, and later on become King George V and Queen Mary.

“And the town of Derby as it was then wanted to present the Royal couple with a wedding gift.

“So the town of Derby presented this as a wedding gift.” The ornate plate featured an intricate design. 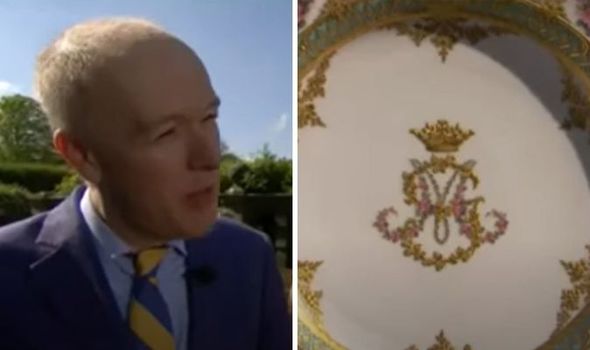 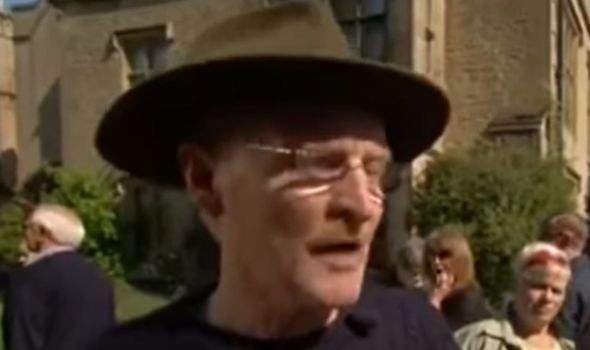 Fergus remarked: “If you think about our Royal Wedding of Will and Kate, it’s the late 19th century equivalent isn’t it?”

“That’s right, yes,” added the Antiques Roadshow guest. Fergus went on: “So, a major royal event and service therefore you’d expect to be of the highest quality.”

He added: “The more you look at it, the more you realise the extent of the work involved because obviously it’s all hand-decorated.

“You’ve got a wonderful cypher in the centre, which is ‘G and M’ for the happy couple. 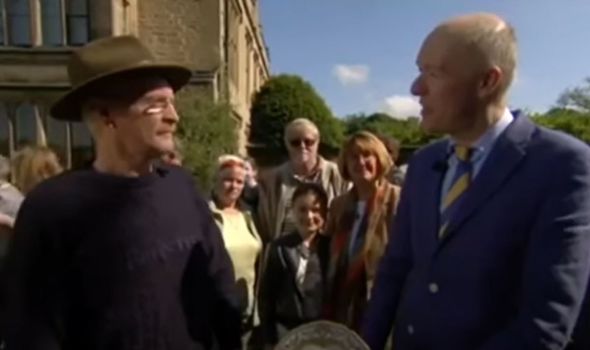 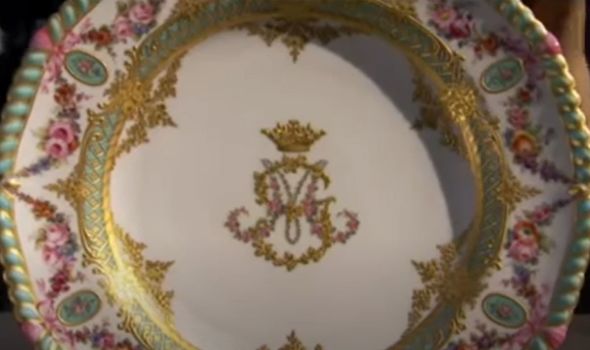 “You’ve got the order of the White Rose up the top and you’ve got these fabulous floral garlands around the edge, which are all hand-painted.

“But even more amazing than that is the gilding and I think people often underestimate a gilding.

“Because the gilding is raised above the surface isn’t it? Not only is it raised, it’s tooled,” the expert went on.

“So there are a little flowers and petals all picked out on the gilding.

“An incredibly labour-intensive process that involves a gradual build-up of layers of ground up glass.

“It’s fantastic, and a sign of the greatest quality. Well what’s more exciting is who designed this.”

The owner said: “Well, it was the foremost designer and decorator of the time, Leroy.”

“He was the main man at that time,” the guest said. “His work compares with any other artist in Europe,” Fergus explained.

“You can see the sunlight glistening on that gilding,” he added, continuing to admire the work.

Fergus began to estimate a price. He said: “Valuation, I mean it seems a bit silly doesn’t it? Because you’re not going to get another one very easily, are you?

“They used to say that the work of Leroy was worth its weight in gold.

“Oh, that’s wonderful, thank you,” the owner of the plate said, delighted.

Antiques Roadshow airs on Sundays at 7pm on BBC One.