The BBC One show goes to a variety of beautiful locations around the UK with its antique experts on hand to deliver some valuations which are often unexpected by punters. A recent edition saw one guest lost for words after antique expert Mark Smith revealed the true value of his grandfather’s Victoria Cross, which was now on display in the Royal Scot’s museum.

Earlier this month, the BBC show welcomed a guest onto the show who showed off his grandfather’s WWI medals to expert Mark Smith.

It turned out the medals had just missed out on a huge valuation as Mark got digging on the story behind the notable items.

The guest had brought along a selection of pristine war medals from Captain Henry Reynolds, with a personal story behind them.

He told the guest: “It’s not often I get to say this but the first medal in this group is a Victoria Cross – what I’m going to have to explain to people is why they’re so small.

“What these are known as is miniatures, these are the medals you wear on your mess-dress, or on your evening dress.” 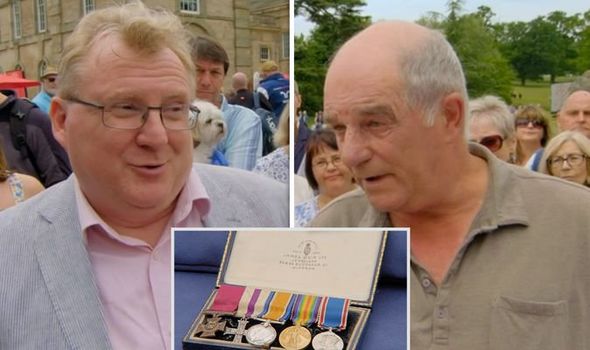 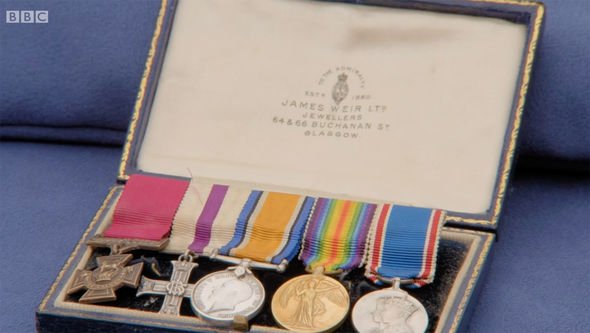 “They represent the medals you have won but they are for the evening,” with the guest noting: “They’re ceremonial.”

Mark complimented the set leaving the guest to explain more about the background of the medals after asking him who they belonged to.

The guest explained: “The man was Captain Henry Reynolds, my grandfather,” pointing him out in a photo he had brought along to show Mark.

The medals had been won by the Captain in 1917 during the Battle of Paschendale, which is one of the most well-known battles of World War 1. 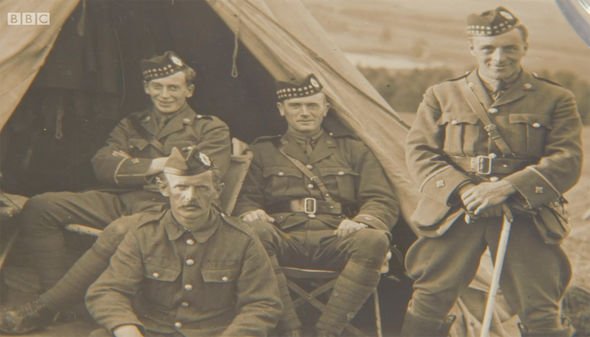 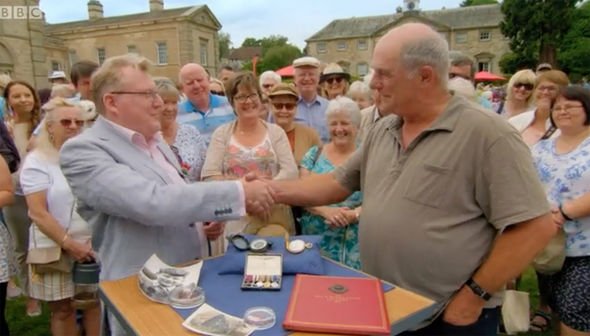 The guest soon detailed the brave acts which led to his relative winning the prestigious medals in question.

He told Mark: “Yes, and what had happened, is that the first wave of British troops had gone through and the Germans kept quiet in this pillbox complex.

“When the second wave came through, of which grandfather was part of with the Royal Scots, they opened fire. This caused a certain amount of consternation – as you can imagine.

“My grandfather rallied his battalion – all his troops were scattered about – and proceeded from shell hole to shell hole until he got near enough to throw a phosphorous grenade.

“He was standing at the door with his revolver and they all came out. He captured 70 Germans and two machine guns. He won the Victoria Cross for that,” the guest revealed.

He went on to add: “He’d already captured a pillbox earlier in the day, this was the second one leaving him injured – his citation says the backpack he used to wear was riddled with bullet holes where he’d missed bullets by about that much!”

The expert was clearly impressed with the remarkable story of courage and had a big admission to come.

The guest had shown Mark a photograph of himself wearing his grandfather’s Victoria Cross before it had gone to the Royal Scot’s museum.

He confirmed the medal was still in the museum at present and it was time for Mark to deliver his verdict, reminding him: “It is tiny but what it represents is very spectacular.

“Even the people behind us today, with you just telling the story are amazed at what this man did. And so the price of what we’ve got here actually belittles the value,”

Mark gave them an estimation of £3-4,000, leaving the guest stunned, replying: “Good Lord!”

This wasn’t the end of the surprises in store, with Mark confessing: “If it had been the big one? A quarter of a million!”

Antiques Roadshow airs Sundays at 8pm on BBC One.