EU slammed by Dominique Samuels for being 'bitter' towards UK

The European Union has been accused of using Northern Ireland as a “political football” in its trade negotiations with the UK. Dominique Samuels said on Jeremy Vine on 5 that the bloc was “bitter” about Brexit and wanted to “punish” the UK by threatening a trade war over sausages and other goods. Representatives from the UK and the EU met on Wednesday to thrash out differences over the Northern Ireland protocol, whereby goods in Northern Ireland are subject to different rules and regulations than the rest of the UK.

Dominique Samuels said that while she did not agree with everything in the Brexit deal, the EU was making negotiations unnecessarily difficult.

She said: “I agree that the deal wasn’t perfect.

“In retrospect, it was quite a small adjustment to Theresa May’s deal with the backstop.

“But because Boris was selling it, people loved it.

JUST IN: Harry and Meghan in ‘open disagreement’ with Palace over royal baby name claims expert 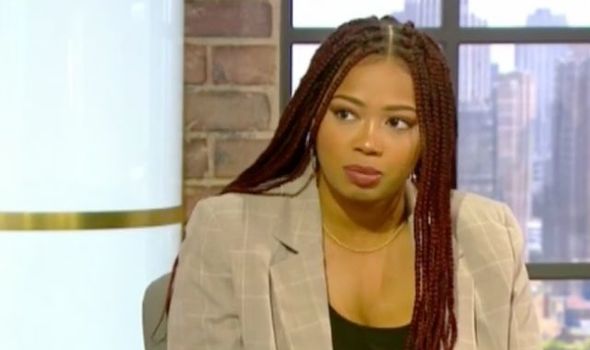 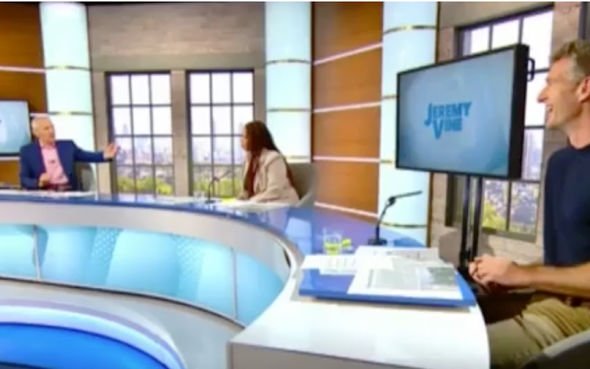 “People wanted to leave the EU and I think a lot of people are happy we left the EU.

“But this problem with Northern Ireland remains. Personally, I just think that Brussels was using it as a political football throughout negotiations, it was quite successful in doing that.”

She continued: “I think they’ve really exposed themselves to still be using it as a political football to punish the UK and let people know that this is what happens if you leave.

“We [the EU] threaten blockades and then lean back because we shouldn’t have done that. And then we threaten a sausage war.

“This is really reflective of the bitter attitude within Brussels right now.”

The protocol agreed in the UK’s Brexit deal has proved immensely controversial in Northern Ireland, with tensions boiling over into violence in recent weeks.

The EU has now said that sausages and other chilled foods arriving in Northern Ireland from the UK must be frozen due to strict EU regulations. 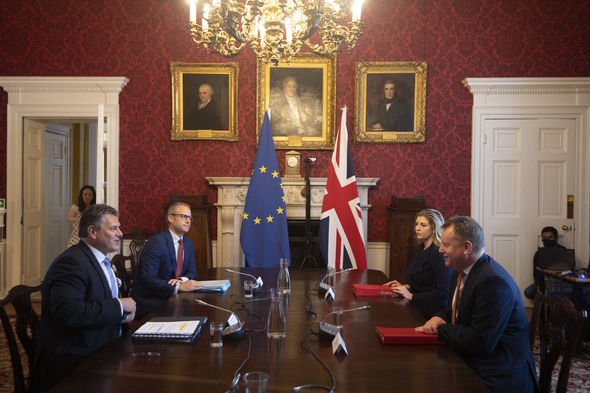 However, Boris Johnson is reportedly considering extending the periods due to the slow progress to an agreement between the UK and the EU this week.

US President Joe Biden is expected to urge both sides to compromise to ensure stability in Northern Ireland at the G7 summit in Cornwall this week.

In a press conference following his meeting with Lord Frost, European Commission Vice-President Maros Sefcovic insisted the EU has shown “enormous patience” in the face of “numerous and fundamental gaps” in the UK’s compliance with the agreement.

He said that any further backtracking will be met with a resolute response.

“Of course, as you would understand, the fact that I mentioned that we are at a crossroads means that our patience really is wearing very, very thin, and therefore we have to assess all options we have at our disposal,” he said.