STACEY Solomon was left less than impressed earlier today when Joe Swash used her as a human shield and the couple smashed into a tree while on a swing.

The couple were larking around on a family walk with their son Rex, and Stacey’s boys Zach and Leighton when they came across the DIY rope swing over part of a pond. 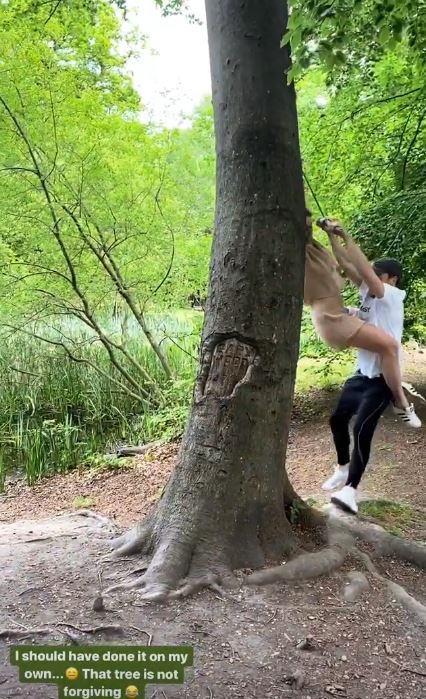 As Joe and Stacey both held onto a handle of the swing, Joe led the charge to give them enough momentum to get round over the water.

The mum-of-three, dressed in a biscuit coloured shorts and jumper, screamed as the two set off and wrapped her legs around Joe before the landed back on the ground by banging into a tree – Stacey first.

Stacey captioned the video: “Should have done it on my own. That tree is not forgiving.”

The 30-year-old gave a few more goes before admitting defeat and heading back home. 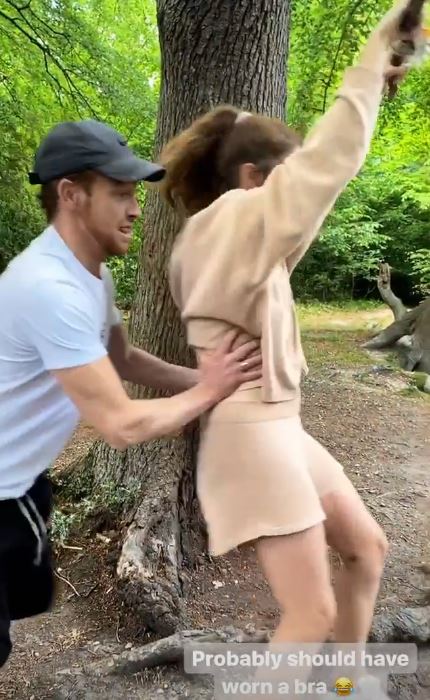 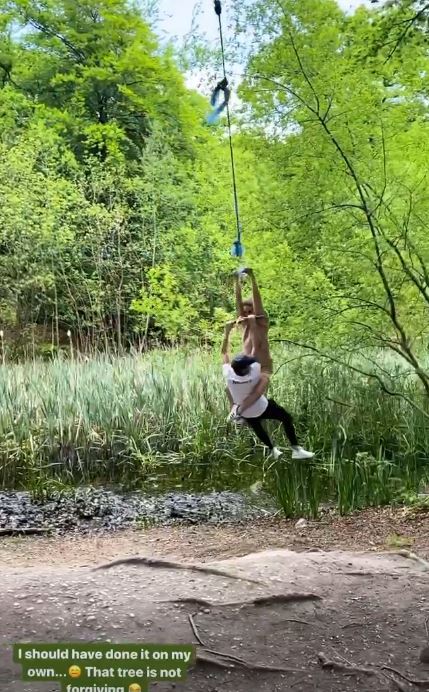 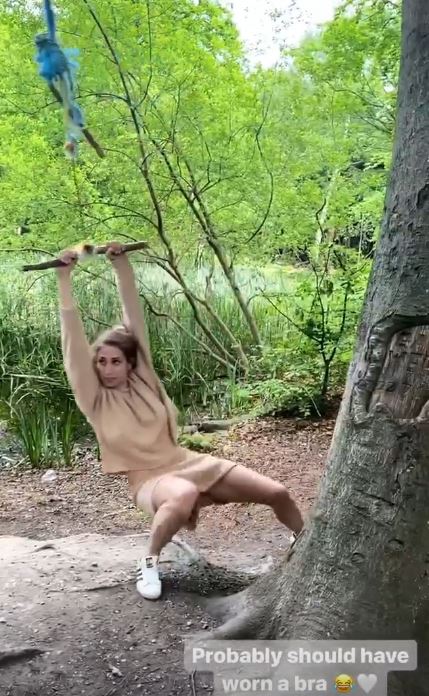 As she attempted one run, she wrote: “Probably should have worn a bra”

In a previous Story before the swing escapades, Stacey had revealed she wasn’t wearing a bra while carrying Zachary on her back.

“Walking in the woods. Still carrying this big baby,” she joked to the camera. “Probably should have worn a bra…”

It was enough to get the 12-year-old off her back as he let out a cry of horror and jumped to the floor. 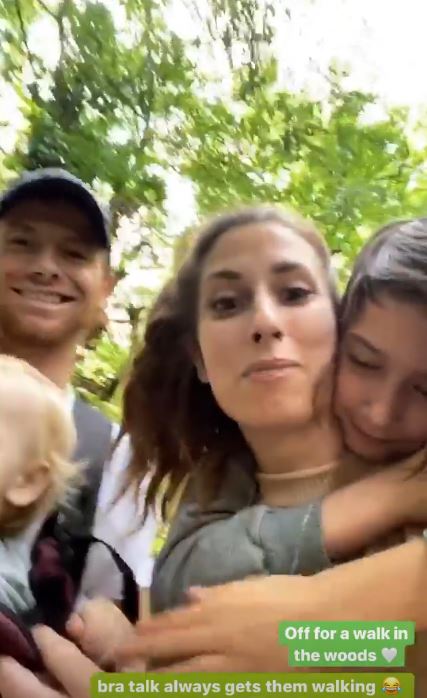 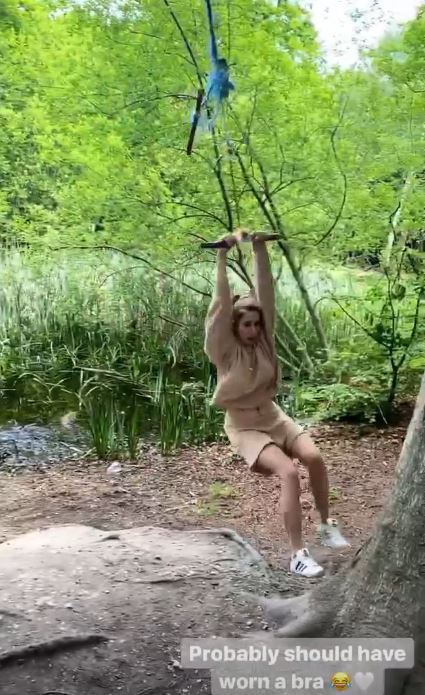 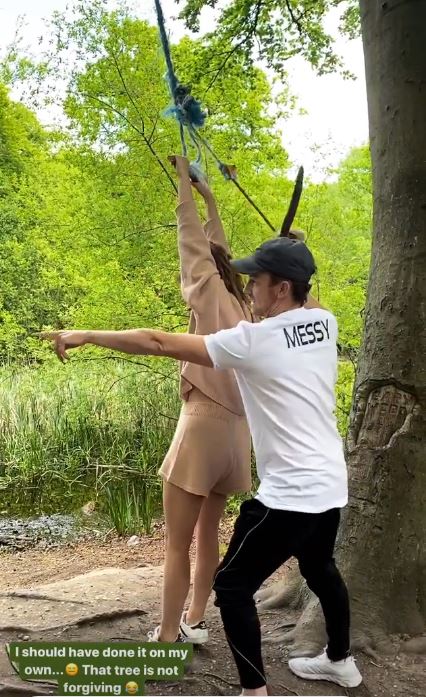