Most fans remember the shocking murder of Gus Fring via suicide bomber Hector Salamanca during the season 4 finale. But long before Walter White successfully took out his nemesis, there was another gruesome, explosive murder on the show.

Breaking Bad thrived on storytelling that was based in realism but not necessarily realistic. The first death scene explosion on the series paved the way for future murders, foreshadowing the many, many deaths that would continue on Breaking Bad. 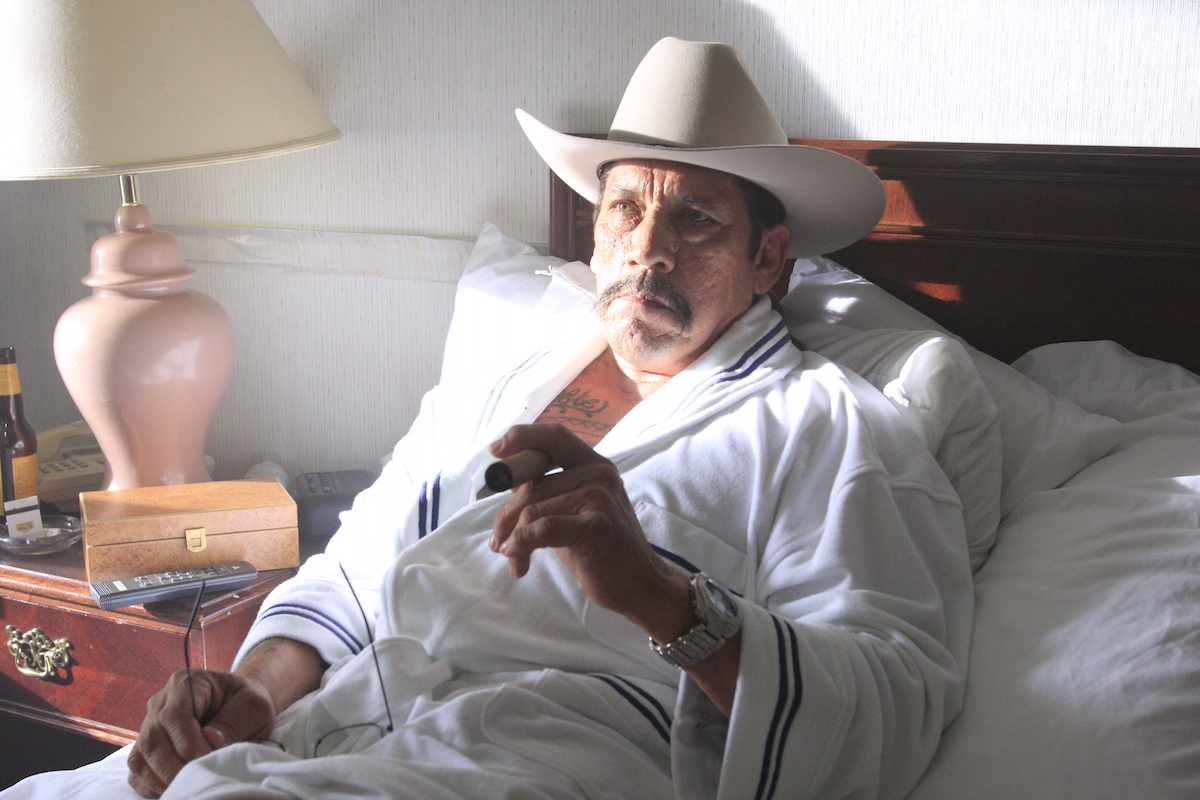 Even the less prominent characters on Breaking Bad have memorable moments, especially the ones who didn’t survive. Actor Danny Trejo played a cartel member who also happened to be informing the DEA on their activities. His stint on the show is short-lived because he gets murdered by The Cousins for double-crossing them.

Trejo’s name, Tortuga, can be translated as the Spanish word for “tortoise” that’s what makes his death scene so poetic and frankly creepy.

Even though he’s working for their office, Agent Schrader is not Tortuga’s biggest fan overall. They tracked him to a desert location only to find a severed head mounted on a tortoise that said “Hola DEA,” which showed the DEA officials that the cartel was aware of their relationship. When one agent lifts the head off the tortoise, it triggers a bomb to detonate and causes a huge explosion. One agent dies and three others are injured in the blast.

And apparently the exploding tortoise began as a big joke in the writer’s room. Breaking Bad writer Gennifer Hutchinson explained how it went down during a panel interview at Comic-Con in 2015 (according to The Wrap).

She said she came up with the overall tortoise head idea and someone at the table jokingly said, “…and then it should explode!” Their extreme suggestion eventually made it into the final script.

There’s no denying Breaking Bad was a drama full of tough, emotional moments. But it also had plenty of humor woven throughout that helped break up the tension. The very first scene of the series has a pair of khaki pants floating through the air and a man wearing nothing but underwear driving an RV through the desert.

Even the series itself began as a joke, in a way. Showrunner Vince Gilligan told Vanity Fair, “[A friend and I] were just joking around on the phone about what we should do next: Should we be greeters at Wal-Mart? Should we put a meth lab in the back of an R.V. and cook meth and drive around the southwest? And that image…I don’t know, it just stuck with me.”

Even the most uncomfortable moments have elements of humor. Like when Jesse is having dinner with Walt and Skyler while they’re in a terrible fight. This could be the most awkward scene, but instead, the writers decide to make the dinner funny yet serious.

A tortoise with a severed head is no laughing matter. But with an explosion and the brilliance of Breaking Bad writers, it somehow became simultaneously hilarious and vital.