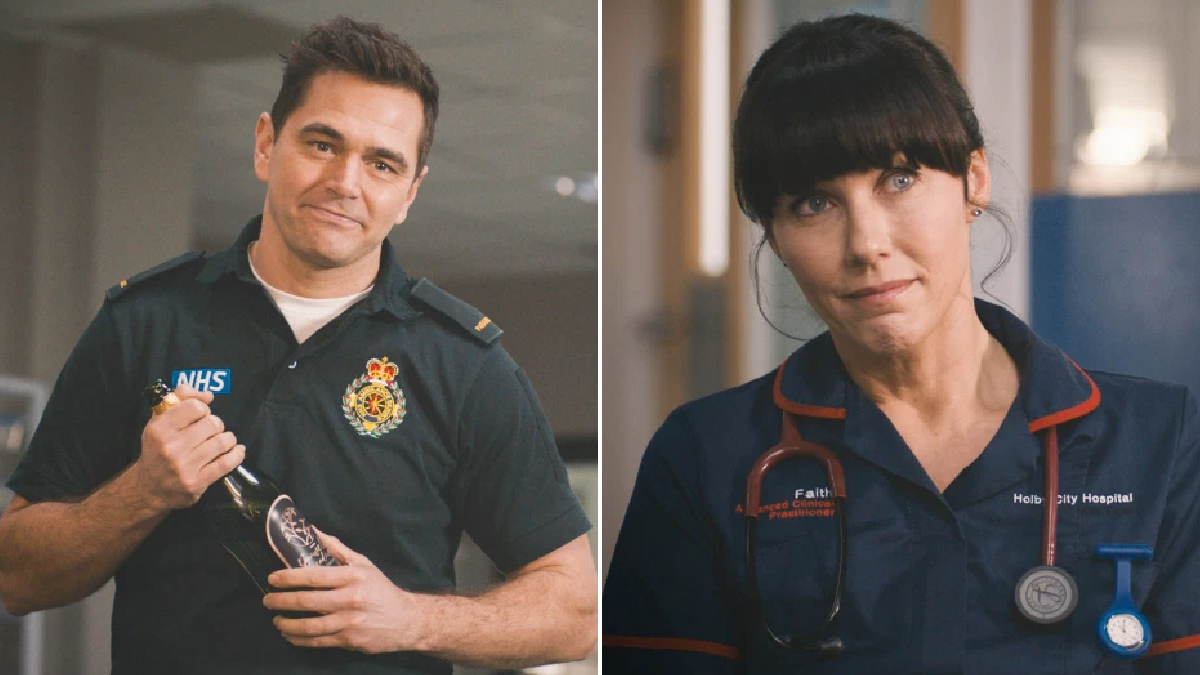 Who’d have guessed that Casualty’s mild-mannered medic Dr Rash Masum (Neet Mohan) once had the potential to be the first ever British Asian 400m gold medallist?

We discovered this previously unknown aspect of Rash’s past when his former trainer, Adil (Raji James) came to the ED with a painful arm. Rash was upset to hear from Adil that he had pancreatic cancer and wasn’t having any treatment for it other than what the pub could provide. Adil felt his life was a series of disappointments, starting with Rash getting injured before his running career could properly get off the starting blocks.

As we discovered, Rash was never that keen on running and injured himself when he was a bit the worse for wear after going to a party. Nonetheless, he felt that Adil had been a great mentor whose words had sustained him through med school. This was good news for Adil, but not as good as discovering he didn’t have cancer after all.

Faith (Kirsty Mitchell)’s patient was Bobby (Emma Vansittart), a woman with dementia. As so often happens on Casualty it was Bobby’s husband Ken (Rupert Vansittart) who ended up as the real patient, as the stresses of looking after Bobby took their toll.

This was a bittersweet and beautiful love story, as we saw Bobby in her mind revisit some of their special wedding anniversary dinners together over the years, seeing them first as a young couple (Henry Nott and Zoe Watson) and then as stronger, healthier versions of themselves before Bobby’s illness impacted on their relationship.

As Ken realised he could no longer care for Bobby himself, Faith and Iain (Michael Stevenson) organised a final anniversary meal for the two of them so they could celebrate one last time.

At the end of the shift Iain invited Faith out for a drink, but she preferred to go home and see her children. Is this going to be the start of a new romance for Faith, or just a nice friendship? I hope it’s the latter, because Dylan has suffered enough.

There were reminiscences for Tina (Adele James), too, as a patient reminded her of her late brother Nate.

It seems that she hasn’t forgiven Jacob (Charles Venn) for not letting her know Nate was dying, and the feeling that she could have been with him in his last moments is still with her.

Sue Haasler is the author of five novels and the official BBC Holby City book, which you can read about here.