Last year, Coronation Street fans watched Gary Windass (played by Mikey North) murder Rick Neelan. After burying the loan shark in the woods, Gary was certain no one would come looking for him but when his daughter, Kelly Neelan (Millie Gibson) showed up, the murderer was forced to act fast. However, Kelly’s actions have got her into a lot of trouble and a former associate of Rick’s could turn up threatening to expose Gary’s dark secret.

Kelly turned up on the cobbles looking for her dad after he failed to pick her up from school on the ITV soap.

Gary lied and told the teenager her father had fled the country before paying her school fees to make amends for what he did and keep up the pretence Rick was alive.

But in recent scenes, Kelly returned to the cobbles and revealed she was being sent to Weatherfield High.

Gary was horrified when he discovered Kelly’s mum had been pocketing the money herself leading to Kelly being kicked out of school. 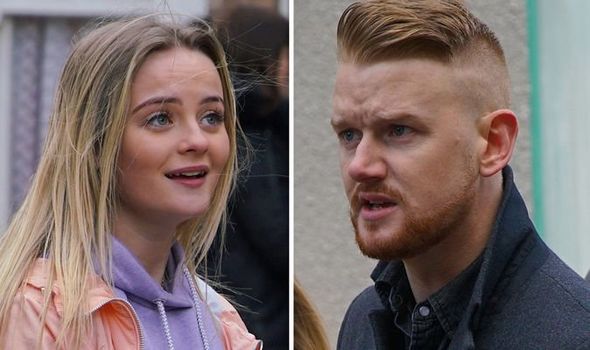 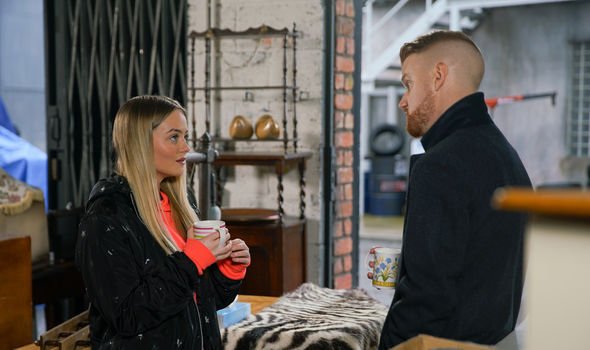 Kelly has since made Asha Alahan’s (Tanisha Gorey) life hell by sharing an explicit video of the teen online.

The troublemaker has been staying with Billy Mayhew (Daniel Brocklebank) and Paul Foreman (Peter Ash) but a spoiler clip for tonight’s episode shows the pair discussing throwing the teen out.

Paul is adamant she should leave but Billy isn’t so sure and the pair clash over their supposed responsibility for the girl.

Trying to persuade his partner’s mind, Billy remarked: “Summer says she hasn’t got anybody.” 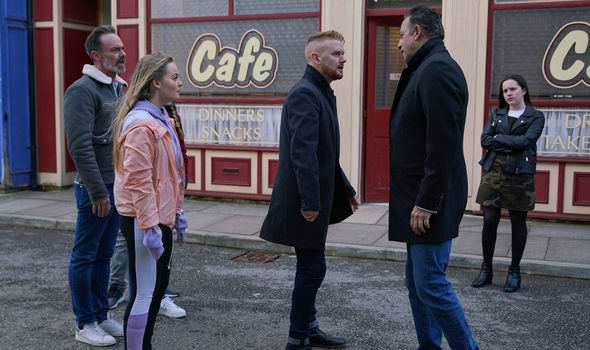 Not wanting to change his mind on the matter, Paul said: “Oh here we go.”

“Look she made a mistake,” Billy admitted but Paul made it clear he didn’t want to support the teen.

“A mistake?” Paul said. “How is her distributing a video of an underage girl from a phone any different to what Kel had on his laptop.”

“I’m not defending what she did but it is different, you know it is,” Billy hit back.

“You’re right but what if she did it to Summer, what if they fell out and she took a picture of her getting changed,” Paul remarked.

“Look I know you want to see the best in everyone Billy, that’s why I love you but she is not our responsibility.

“I mean what about that woman, Sharon? She was at the ceremony wasn’t she?”

“Yeah she left before I had a chance to say hello but I’ll ask Summer,” Billy replied.

Paul and Billy’s conversation takes place in the Rovers Return and viewers learn Gary has overheard everything.

The bad boy is determined to keep his murderous past secret but the possibility of Sharon returning to the cobbles could spell trouble if she starts asking awkward questions.

Gary’s protectiveness over Kelly has raised eyebrows on the cobbles already so he may not want to take a risk by inviting her to stay with him.

Will Gary force Kelly to move away from the Street by tricking her into believing her father has paid for her to live elsewhere?