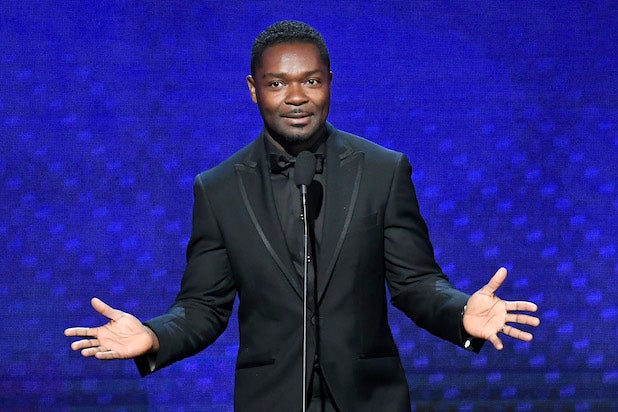 David Oyelowo’s feature directorial debut “The Water Man” has been added to the Toronto International Film Festival lineup for 2020 as one of the festival’s special events.

Also added to this year’s TIFF Official Selection are the documentaries “Underplayed” about female artists in the electronic music industry, “The Boy From Medellín” about Colombian musician J Balvin, “The Truffle Hunters” from director Michael Dweck and the animated “Wolfwalkers” from the team behind “The Secret of Kells.”

“The Water Man” is one of two specially selected family films for the festival and stars Oyelowo alongside Rosario Dawson, Maria Bello and Alfred Molina and is a mystical adventure that recalls family-friendly movies of the 1980s.

“TIFF is about the films, and we’ve stayed true to that mission,” TIFF co-head Joana Vicente said in a statement. “We also are committed to an enhanced Festival experience for film lovers. TIFF is renowned for conversations that dive deep into the history and context of the films that we curate, and the artistic processes of the talent who create those films. TIFF is an international platform for audiences, media, and the industry to discover great filmmakers, and explore new directions in cinema.”

“It was important for TIFF to move forward and keep the creative spirit alive,” added TIFF co-head Cameron Bailey. “That is why we are so happy to deliver TIFF. We are dedicated to providing a platform for filmmakers of colour, emerging talents, and independent creative film artists, and particularly women filmmakers — to spotlight their work, raise their profiles, and amplify their voices, especially those of Canadian and Indigenous artists, and continue to be a thought leader in film culture.”

Because TIFF will be a hybrid virtual and in-person event, many of the conversations in the series will be available on TIFF’s Bell Digital Talks platform, with tickets available for purchase through the TIFF website.

Also added to the lineup is a series of four films curated by Bailey under the heading Planet Africa 25. The four new movies are dedicated to cinema from Africa and the African diaspora. The film’s are Charles Officer’s “Akilla’s Escape,” Dieudo Hamadi “Downstream to Kinshasa,” Tommy Oliver’s “40 Years a Prisoner” and Dawn Porter’s “The Way I See It.”

The selection is inspired by the Planet Africa program that was created in 1995 and ran at the festival for 10 years. A panel discussion, Planet Africa 25: Origin Stories,” will also take place on Sunday, Sept. 13, followed by special dance party DJ’ed by Mr. Akil D and livestreamed from a secret location.

“Planet Africa stands as one of the proudest moments in my career,” Bailey said. “25 years ago, I joined with colleagues and friends to launch a Festival platform for films from all over the African diaspora. We brought filmmaking legends together with new talent. We hosted a Planet Africa party that got both Hollywood stars and everyday Black people on the dance floor. We made our dreams for Black creativity real. I hope celebrating that work now can help inspire the next generation.”

Finally, the festival unveiled 35 short films as part of its Short Cuts program, including the film “David” from director Zach Woods. The full list of films can be found at tiff.net, as well as the festival’s full schedule now available.