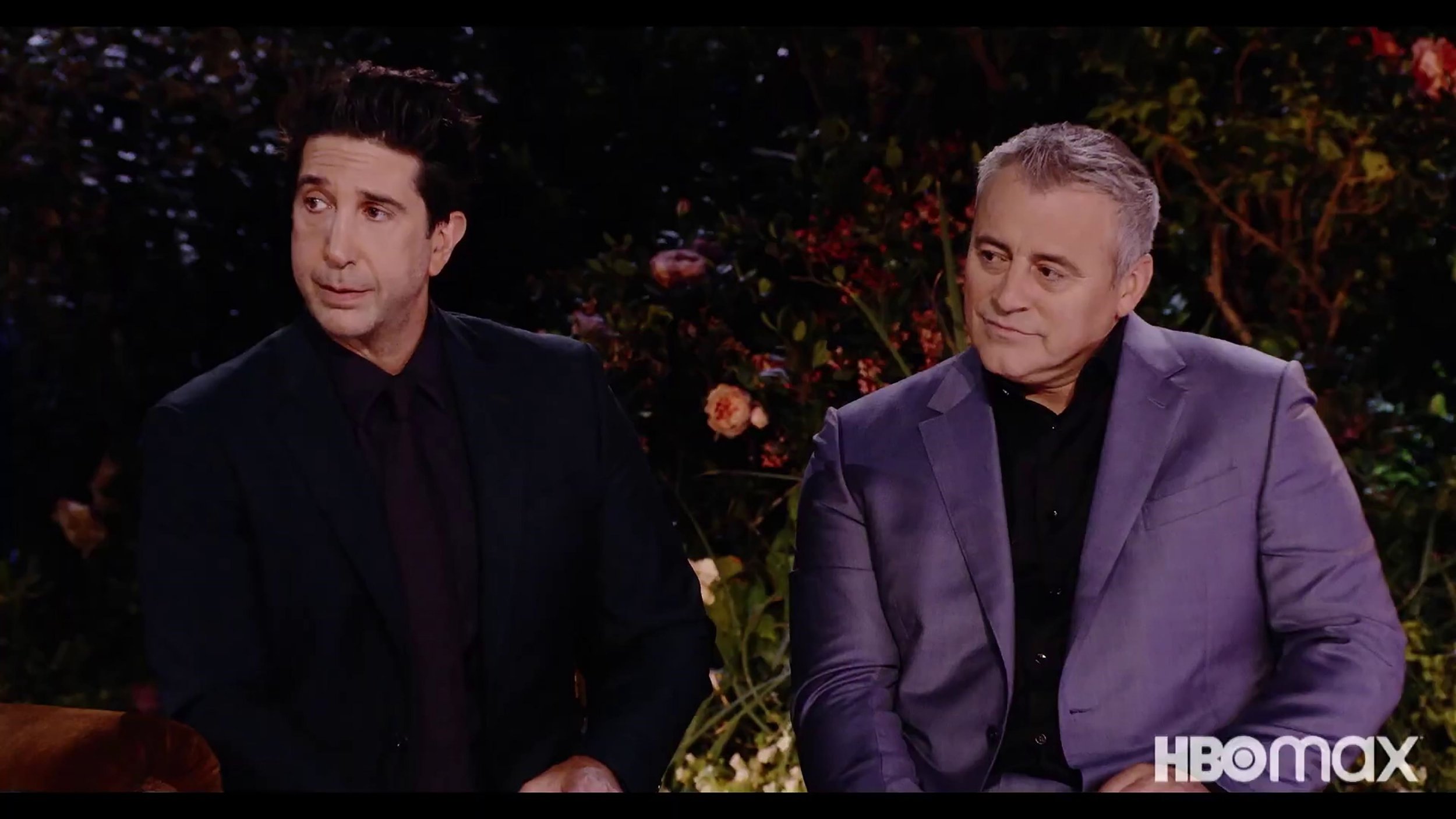 David Schwimmer has posted some behind-the-scenes snaps from the Friends reunion… and we might be getting teary-eyed all over again.

While Friends fans are still reeling from some of the revelations from the special – including the fact that David and Jennifer’s on-screen chemistry was replicated in real life – the Ross actor has shared several pictures providing an insight into what it was like creating the programme.

In the first picture, the six members of the sitcom’s main ensemble are seen chatting with each other over Zoom while planning the reunion, with Jennifer and Courteney both speaking from the same room and David posing with a hilarious Matt LeBlanc background on his screen.

Another image shows David taking a selfie backstage during the reunion, with Lisa and Jennifer visible behind him.

In the fourth picture along, the cast are captured having a huddle on the day they filmed the last ever episode of Friends in 2004.

Then in the next image, they’re shown sharing another group hug, this time 17 years later, as though no time has passed at all.

‘Thank you @hbomax for bringing us back together…,’ David wrote in the caption, while also expressing his gratitude to the creators of Friends, Marta Kauffman and David Crane, and executive producer Kevin Bright.

During the Friends reunion, David said he had a ‘major crush’ on Jennifer while filming the first season of Friends, adding that ‘we were both crushing on each other’.

‘But it was like two ships passing because one of us was always in a relationship and we never crossed that boundary. We always respected that,’ he said.

Jennifer chimed in to say that she recalled saying to he co-star: ‘It’s going to be such a bummer if the first time you and I actually kiss is going to be on national television.’

‘Sure enough first time we kissed was in that coffee shop,’ she said.

‘But we just channelled all our love and adoration for each other into Ross and Rachel.’

Oh to think what could have been!

Friends: The Reunion is available to watch on demand on Sky and NOW.

For more stories like this, check our entertainment page.

Follow Metro.co.uk Entertainment on Twitter and Facebook for the latest celeb and entertainment updates. You can now also get Metro.co.uk articles sent straight to your device. Sign up for our daily push alerts here.