The Vampire Diaries bosses Kevin Williamson and Julie Plec are reteaming for a new undead tale: Peacock has given a straight-to-series order to the supernatural drama Dead Day, which the duo will co-showrun and write, TVLine has learned. 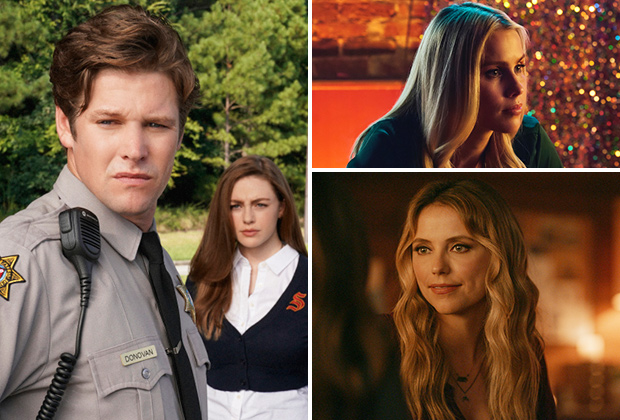 Based on the AfterShock comic book series created by Ryan Parrott, the show follows “an ensemble of characters as they navigate the annual ‘dead day,’ when for one night the dead come back to complete unfinished business — be that to celebrate a night back on earth or to torment the living,” per the official synopsis.

“We have been looking for a project to do together and Dead Day has all the ingredients we love as storytellers. Love, death, thrills and tears — and we know Susan Rovner and her team at Peacock is the perfect fit for this project,” Plec and Williamson said in a statement.

Dead Day isn’t the only project Plec currently has in the works at Peacock: She and longtime collaborator/TVD actress Marguerite MacIntyre are also behind a series adaptation of the YA supernatural drama Vampire Academy, based on the books by Richelle Mead.

Plec and Williamson, of course, previously adapted The Vampire Diaries books into a long-running CW hit, which spawned two spinoffs in The Originals and Legacies. They will executive-produce Dead Day alongside Ben Fast, Emily Cummins and Lee Kramer, and Jon Kramer and David Sigurani (for AfterShock Media), with Parrot serving as a consulting producer.

Are you excited for a new show from Plec and Williamson? Hit the comments with your thoughts!