Need more dowager Duchess in your life? Unfortunately, we’re still months away from the release of Downton Abbey 2. The much-anticipated sequel to the 2019 movie won’t arrive in theaters on Dec. 22, 2021. Until then, you’ll have to content yourself with rewatching the first film or bingeing the original show. Thankfully, the latter just got easier now that all six seasons of Downton Abbey are on Netflix.

But what if you’ve already re-lived all those classic Downton moments, from Lady Edith getting jilted at the altar to Cousin Matthew’s shocking death in a car accident? In that case, we point you to these eight shows. Each should help fill the Downton-shaped hole in your life. 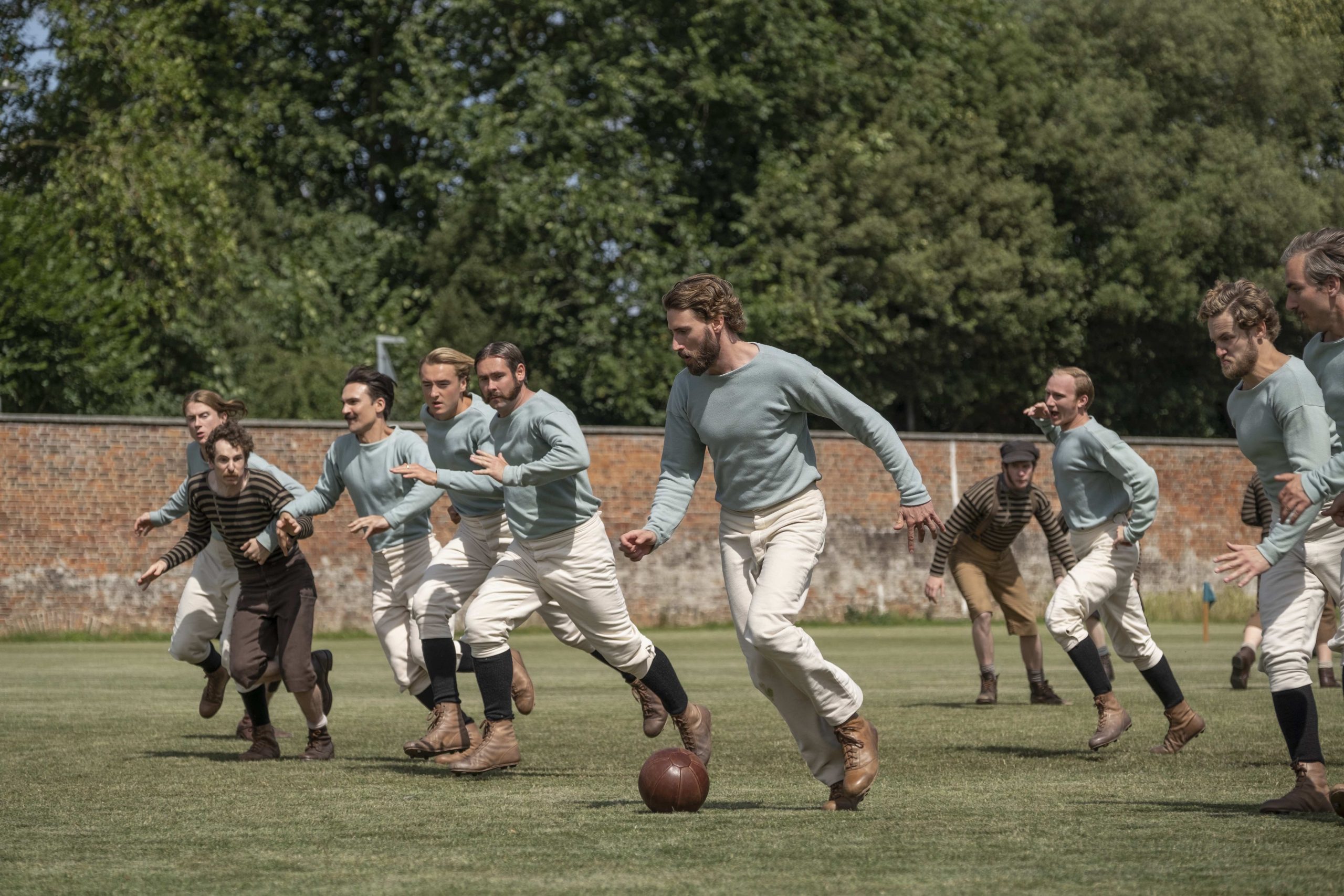 Downton Abbey creator Julian Fellowes is behind this six-episode miniseries about the early days of modern soccer (or as they call it in the U.K., football). Posh players from England’s elite families square off against working-class upstarts who want to put their own mark on the sport. Streaming on Netflix.

Ever wonder what life was like for Tom Branson (Allen Leech) and Lady Sybil (Jessica Brown Findlay) after he whisked her off to Dublin following their marriage? This Irish series offers a glimpse at the complicated political situation in the country at the time, when revolutionaries were fighting for independence from the U.K. Season 1 (available for purchase on Amazon Prime) covers the events of the 1916 Easter Rising; season 2 (streaming on Netflix) focuses on the Irish War of Independence. 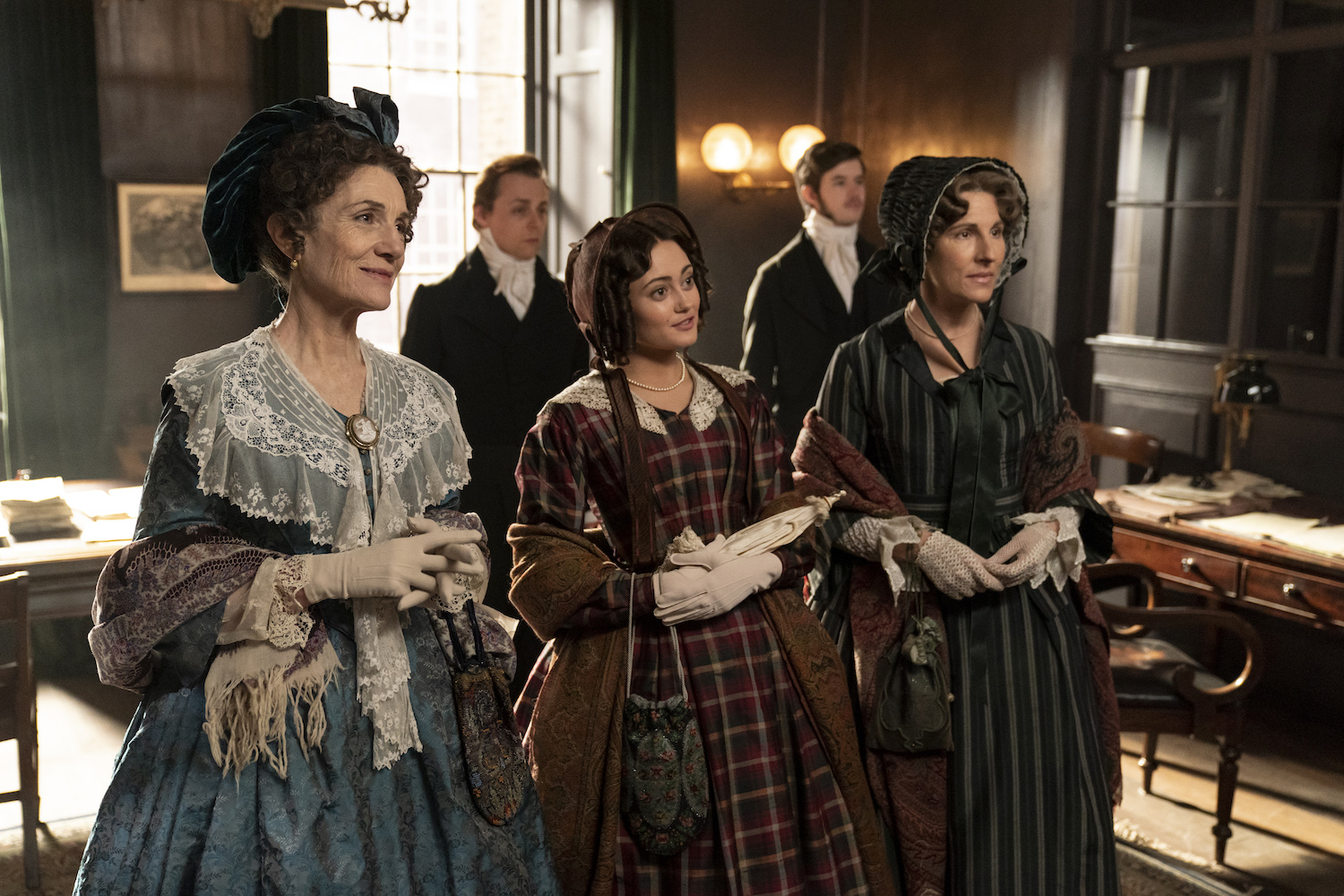 Another show from the mind of Fellowes (it’s based on his 2016 novel), Belgravia follows the intertwined fates of two families living in London’s affluent Belgravia neighborhood in the mid-19th century. As with Downton, class conflict is a theme, with the nouveau riche Trenchards at odds with the aristocratic Bellasis family. Streaming on Epix.

Downton Abbey borrowed a lot from the classic British TV series Upstairs Downstairs. Downton’s producer Gareth Naeme even told Forbes that a chance viewing of the 1970s series led him to think about doing a country house drama. Like the show it inspired, Upstairs, Downstairs concerns an aristocratic family in the first decades of the 20th century and their household staff. A continuation of the original show aired from 2010 to 2012 and features The Crown’s Claire Foy. The original series in streaming on BritBox; the reimagined version is available on Hulu.

This Swedish series about a wealthy, restaurant-owning family in Stockholm has been compared to Downton Abbey. Set in the years following World War II, it focuses on the Löwander family and features cross-class romances and intra-family drama. Streaming on Sundance Now.

Benedict Cumberbatch plays a principled English aristocrat caught between his unfaithful wife (Rebecca Hall) and a free-spirited suffragette (Adelaide Clemens) in the years around World War I. In a review, the New York Times favorably compared Parade’s End to Downton Abbey, saying it was “more clear-eyed” about the realities of the U.K.’s class system than the popular PBS series and that it offered a more nuanced treatment of the war. Streaming on HBO Max.

Jeremy Irons stars in this classic miniseries about an Oxford student who becomes emotionally entangled with the aristocratic Flyte family, particularly the troubled Sebastian and his sister Julia. (Fun fact: Castle Howard, which stands in for the Brideshead estate in the TV adaptation, also served as the home of the Duke of Hastings in Netflix’s Bridgerton.) Streaming for free on Tubi.

This two-season show, which based on a series of books by John Galsworthy, follows the lives of members of a wealthy family from the 1870s to the 1920s. Several generations of Forsytes must deal with personal dramas and a changing world in the series, which stars Damian Lewis. Streaming on Amazon Prime with a PBS Masterpiece subscription.