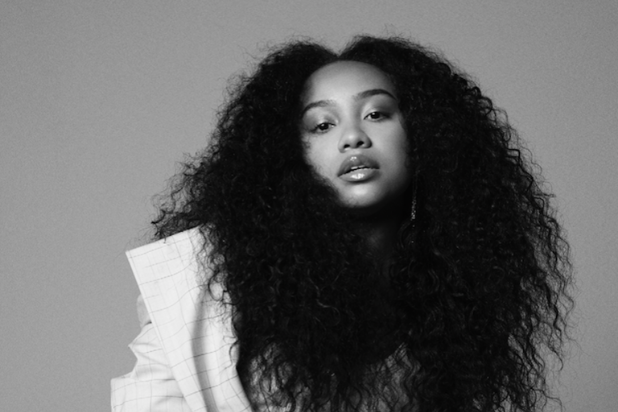 If I had to choose one TV family to quarantine with, it would have to be the Barris family. “#BlackAF,” which premiered April 17 on Netflix, follows Kenya Barris, his wife Joya (Rashida Jones) and their children as they navigate relationships, race and being rich AF.

During a recent interview, WrapWomen Next-Gen Ambassador Genneya Walton took us behind the scenes of what it was like to play daughter Chloe Barris and what she learned from her “#BlackAF” family.

Tell us about your character in “#BlackAF.”

In “#BlackAF,” I play the eldest child, Chloe Barris. Chloe is effortlessly popular and can (at times) be under appreciative and/or display a high level of entitlement. How she presents herself can be deceiving at times, but she is truly someone who gives great and honest advice and is maybe more thoughtful than she leads on.

What sets the Barris’s apart from other TV families?

The Barrises are truly one of the most raw and unfiltered families to come to television. In saying that, we explore topics such as parenting, race, relationships, and culture in such an unapologetic and honest way that I believe is refreshing. As we say, “It’s all about perspective.” During “#BlackAF” you see conversations from varying viewpoints, which I think people can relate to in different ways.

Did you learn something new about yourself from being a part of this family?

This is the first role I’ve done where I have a family and I could not have asked for a better group of people to have as a TV family. On “#BlackAF,” we had so much freedom to play and have fun with our character, that the script was almost more of a guideline. I truly had to let go and trust myself and my abilities every day I went to work. Being on set with such a talented group of people pushed me in ways I hadn’t been pushed before. It allowed me to not only see how well I can work under pressure but also how well I know my character and how she would react in a situation when a scene starts going off-script. It was all very new for me and I took a lot away from the experience.

What would you say to someone who hasn’t watched “#BlackAF” yet?

You can look forward to witnessing our insane family dynamic and the natural chemistry of everyone together on screen. With Kenya and Joya’s unconventional parenting style, things can get a little out of hand in our household. While we navigate different situations and topics you could expect everything to be handled in the most honest and unapologetic way possible that opens a space for further debate and discussion while simultaneously entertaining.

WrapWomen has put together a select group of bad-ass female Next-Gen Ambassadors who are shaping the future of our industry. We are aiming to build a unique community designed by and for the next generation of female CEOs, Academy Award-winning producers, screenwriters, film/TV stars, studio executives…basically all the kick-ass young Women in Hollywood who will one day or are already running the industry. More ambassador announcements to come! For more information about WrapWomen visit https://wrapwomen.thewrap.com