It seems like everyone on Grey’s Anatomy knows who Derek Shepherd (Patrick Dempsey) is. But the new episode showed Dr. Kai Bartley (E. R. Fightmaster pronouns they/them) asking Amelia (Caterina Scorsone) an important question, which won her over.

[Spoiler alert: This article contains spoilers from the Grey’s Anatomy episode “Today Was a Fairytale.”] 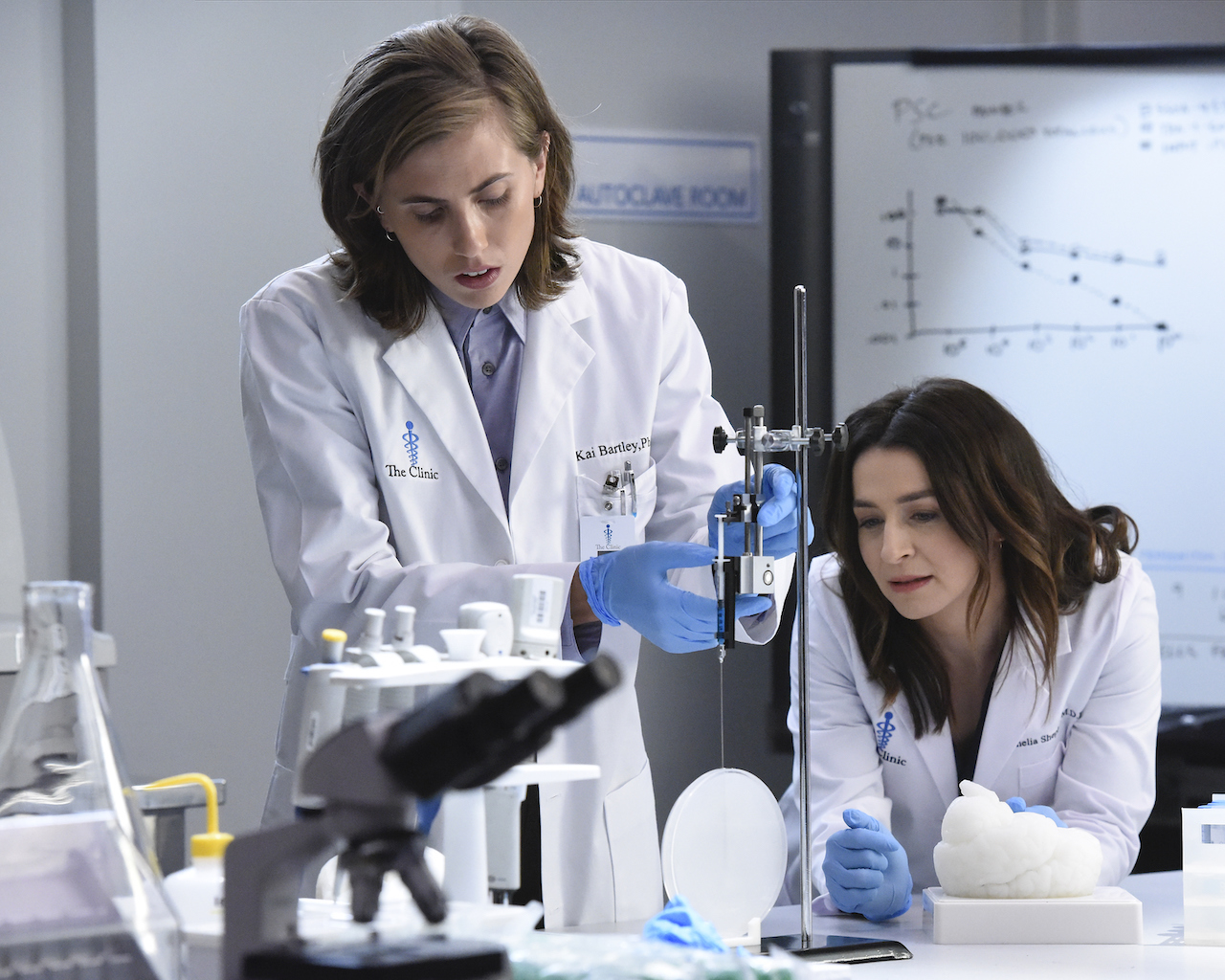 The episode showed Amelia and Kai doing everything they could to brainstorm to fix their problem. All of that talking and walking worked.

They came up with a sample that reached the FDA requirements of being viable. They cheered and realized they might actually cure Parkinson’s disease. Hamilton also started to regret how he treated Meredith and hoped he didn’t scare her off.

Amelia and Kai walked out together. Kai brought up Amelia’s love of neuroscience. But Amelia voiced her doubt that she was actually good at what she does. “The way I see it, as you fell in love with neuro when you were four, or wherever the secret feelings came from, and you still love it,” Kai said. “Your eyes light up when you look at brains, even the plastic ones. And you’re unrelenting, you don’t settle, and that’s what matters when you break new ground.”

Kai asked Amelia out for drinks, but she had a flight to catch. It looks like the pair are growing even closer by talking about their love of medicine.