With 75 million copies of his novels in circulation around the globe, American author Harlan Coben has conquered the world of print with his popular brand of crime thrillers, including the Myron Bolitar series.

He is now making great strides into the new frontier of streaming via a one-of-a-kind deal with Netflix. First struck in 2018, the pact is a multi-million-dollar, five-year deal under the terms of which 14 of Coben’s books will be adapted into series or films for the online platform, with him overseeing the projects in various capacities.

Alongside its sheer scope, the deal is also unique in the fact that it was designed to be vibrantly international from day one, with the English-language novels being adapted into a variety of foreign languages via Netflix’s various production hubs across Europe. To date, adaptations have been produced in Poland (The Woods), Spain (The Innocent, which releases April 30), and France (Gone For Good, releasing later this year), alongside English-language projects including The Stranger and the upcoming Stay Close.

Coben sometimes pens the adaptations himself, while other times he hands over the reins, particularly when the language is being changed, and acts as an EP. But as he explains to us below, he always has a creative handle on the material. As if he wasn’t busy enough, Coben recently set an adaptation of his YA novel Shelter at Amazon Prime Video, and he has further projects in the works at Apple and MGM International.

Deadline sat down with the prolific author and creator to chat about inking the deal with Netflix, why he loves seeing his work adapted into languages around the world, and what he has coming up.

DEADLINE: You are having a prolific run with your TV series, plus you are still penning new novels, where does your energy come from?

HARLAN COBEN: It’s a love of storytelling. I love doing this, it’s the only thing I’m good at. I have no other life. I was once asked, “if you weren’t a writer, what would you be?” And one of my friends said “a U.S. senator”. I was like, “oh please, I’d be a duvet cover”. I got nothing else.

DEADLINE: How did your Netflix deal first come about?

COBEN: I had made a couple of TV shows in France for TF1 that had done well, and had gotten onto Netflix’s radar. We were making Safe together [Coben and his producers at Red Production Company] with Netflix’s international division, they wanted to make one show in France, a show in the UK, and then they came up with the idea [for the overall deal]. They want to do a lot of international stuff and my books sell well overseas. I sell more internationally than I do in the USA. I thought it would be a cool opportunity, to do a Netflix Spain show, Netflix France show, Netflix UK show, Netflix U.S. show. It was appealing to me. 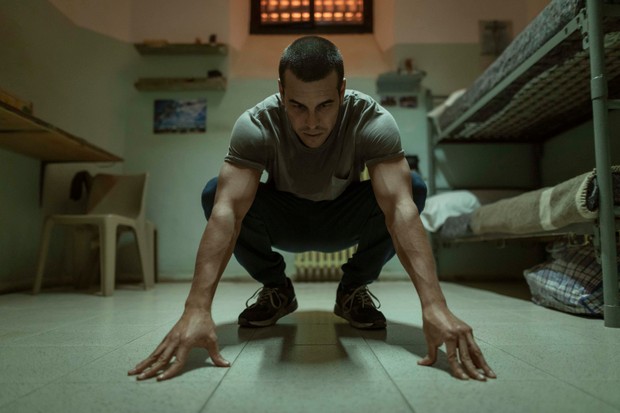 The idea was to get interesting talent that you wouldn’t normally get for TV series. The Innocent director Oriol Paulo is a huge film director in Span. [Lead actor] Mario Casas is probably as big a star as there is in Spain. Netflix teaming up with me, it was a great synergy. I really love working with them, that’s unusual for a network or a streamer. I hate this term, but we had a shared vision of what we wanted to do. They weren’t going to pressure me into doing a season two, three, four or five. I could make it six episodes, eight or 10. Whatever we need to make the story work.

It’s also really exciting for me, and the talent involved, that on one day, the series drops all eight episodes in 190 countries. More than 200 million subscribers, how many people is that? All at one time. It’s a cool space to be in.

DEADLINE: Do you stay up for the series launch? How do you monitor it?

DEADLINE: It’s interesting that you say ‘I guess’, seeing as Netflix doesn’t provide numbers, but can you still gauge the response?

COBEN: You can definitely feel it. They do give me some numbers, but I’m sworn to secrecy. The Stranger, for example, exploded but a little bit slowly, it kept resonating. There was a sense with my partners in England that you start to feel that momentum. How many calls you’re getting, how much noise is being made. For the most part I try to keep my head down.

DEADLINE: The original pact with Netflix was a serious commitment, what gave you the confidence to sign that?

COBEN: I saw what they were about on Safe, and I still work with a lot of the same people. If I was trying to do TV series 20 years ago, which I wasn’t, the episodes would have to be 40 minutes, start with a crime, end with a crime, 22-episode seasons, that would not fit what I do. Netflix does. My next show in France [Gone For Good] is five episodes, The Innocent is eight, some episodes are 40 minutes, some are 50 minutes. For my kind of storytelling, streaming fits.

I don’t want to sound too Pollyanna here, but they are also doing really interesting things with their marketing. They change up the poster you’re looking at on the platform, to get new people to watch it. I am a guy who wants people to watch my shows. That sounds obvious but a lot of writers pretend they don’t care, I do care. Netflix has a tremendous worldwide platform and that’s cool.

DEADLINE: Do you have carte blanche regarding which novels get adapted?

COBEN: Yes and no. They’ve never overruled me. On The Innocents, I met a bunch of teams, the team for Brazil, Germany etc. The head of the team from Spain said he really thought The Innocent would be perfect for them and Oriol Paulo. I met Oriol in New York and it just clicked, we were like brothers from day one. We then took the next step. It’s not like I say ‘I want to make X in Germany’. It’s co-operative.

I was in the UK for the premiere of The Stranger, then I flew down to Barcelona to watch them filming The Innocent. then I went to Paris to meet the team. How much fun is that?

DEADLINE: Have you always been interested in working internationally?

COBEN: Before I was a writer I worked in the international travel business. It was a family business, my job was to fly over to different countries and help set up trips. I’ve always had a great affection for travel.

We are living in the golden age of television. Five years ago, no American would watch a foreign-language show. They just wouldn’t. There’s so much talent out there internationally now, the best stuff is really being done in pockets that haven’t had the U.S. saturation yet. Americans are such Americentric people, but we’re learning.

The shows are hybrids. You can still feel the Americanism, what I do, but they can also feel Spanish [with The Innocent].

DEADLINE: There is a huge appetite for Spanish-language content, particularly because there are so many Spanish-speaking people outside of Spain. There is also a large Polish diaspora but not to the same extent, how was the experience making The Woods?

COBEN: It was cool. I can’t be as involved with some of the foreign-language ones, I do rely a lot more on the team over there. I really thought they did a great job. Next time I’d even push for it to be slightly more American, maybe faster paced, but I think it was moody and atmospheric and really interesting. I loved the cast, the direction, the two time periods idea. I’ve not been disappointed with one of the adaptations yet. 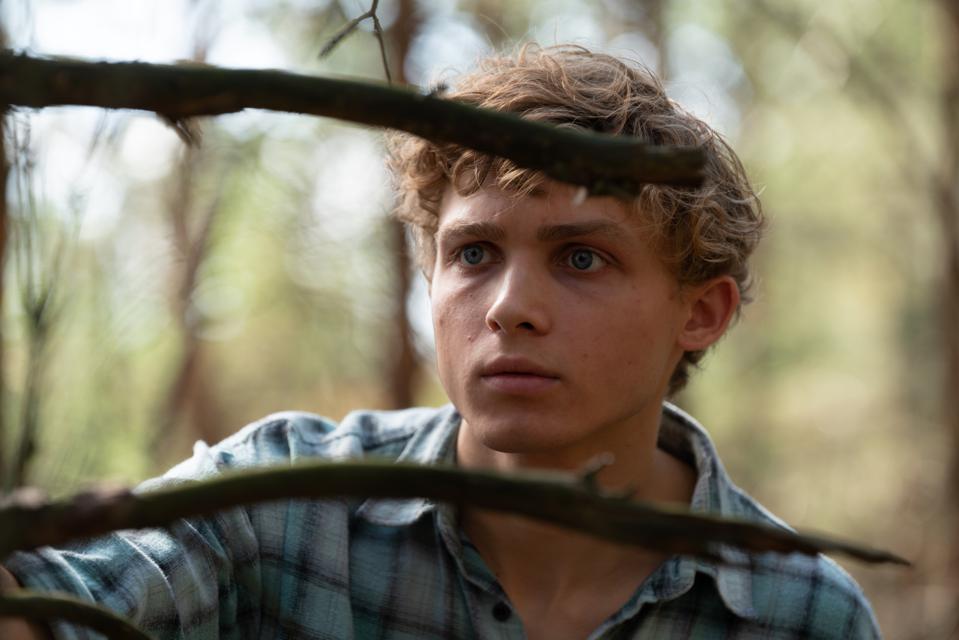 Some I am more hands-on with than others. I am actively involved in each one, especially at the beginning. For this one [The Innocent], me and Oriol discussed it from the beginning. I gave a lot of notes on the scripts. They’d send me the rushes by email every day, but I rarely had comments. I was more involved again during the editing.

DEADLINE: Is the goal still to do 14 adaptations in five years?

COBEN: I don’t know. The Innocent comes out April 30, followed by Gone For Good in France, then Stay Close in the UK. Then I’m not sure. We’ll look to make future series in various countries, we’re developing three others right now that I can’t talk about, one of which is in a new territory. It might end up being more original ideas and fewer novels [Safe was based on an original idea by Coben]. It’s something Netflix and I will talk about and we’ll decide together.

DEADLINE: Or they’re going to call you up three months before the end of the deal and say ‘you still owe us six adaptations’…

COBEN: That would be a lot of fun [laughs].

DEADLINE: You also recently made a deal with Amazon for your Young Adult novel Shelter, plus you have projects with Apple and MGM International too, how does that work with the Netflix deal?

COBEN: The Netflix’s deal doesn’t cover my Myron Bolitar series, or its YA spin-off Mickey Bolitar series. Amazon is turning the YA books into series. I’ll let you know which streamer is best to work with by the end of it [laughs].

DEADLINE: Are you writing more novels at the moment?

COBEN: Win just came out last month. Regarding what’s next – in The Stranger, ‘the stranger’ gets away, I’d never thought about what happens to them after it ends. I’m now writing this sequel to The Boy From The Woods and the stranger just popped up. This could end up being a sequel to both books, which wasn’t my intention. We’ll see how it all turns out.

DEADLINE: Any thoughts on taking a break?

COBEN: I’m not very good with breaks. Life is about balance. I always like to write in the morning, I’m not in balance if I’m not writing, or thinking about writing or creating. I don’t see it stopping soon, but man plans, god laughs.