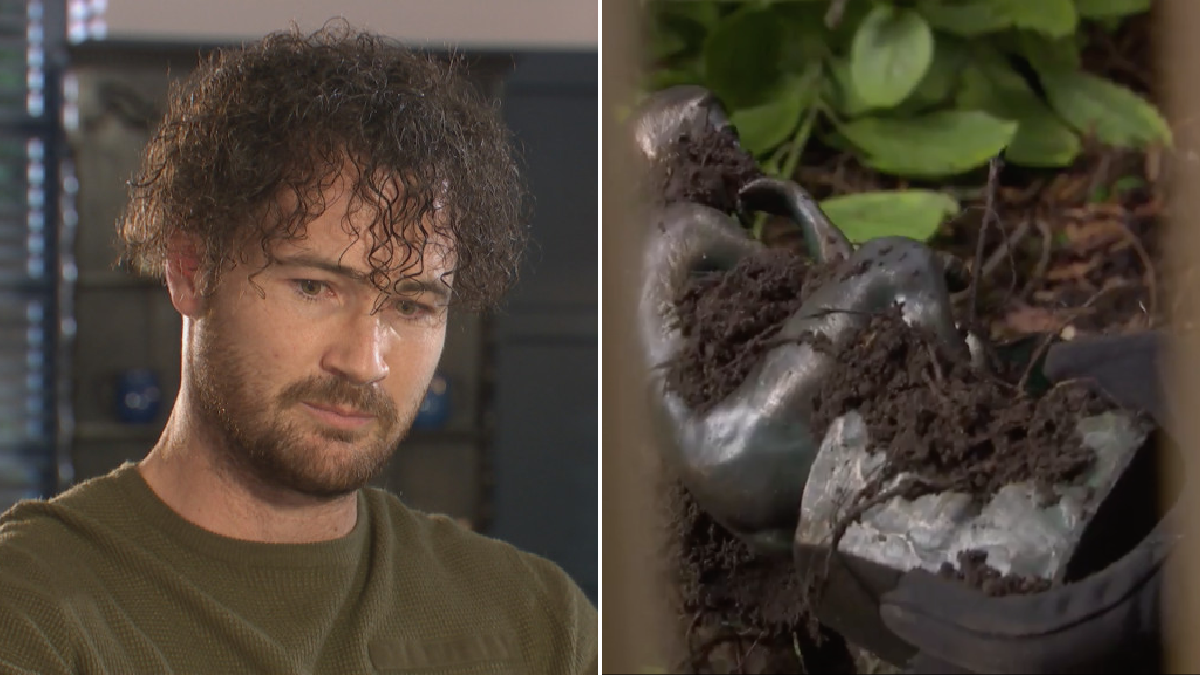 The character – who returned to the village in the wake of the policeman’s death – has become one of the prime suspects in the murder investigation.

Nancy Osborne (Jessica Fox), for one, is certain that her best mate John Paul McQueen (James Sutton) is innocent, after he was charged with murder last week.

The school teacher has made it her mission to find out the truth about what really happened to George, and Dean has found himself in her firing line as a result.

After setting up meeting with Dean, Nancy recorded him admitting that he was in the village on the night of his ex-boyfriend’s murder.

In tonight’s edition of the Channel 4 soap, she played the recording aloud to the McQueen clan, and one of Goldie’s (Chelsee Healey) comments gave her an idea.

Yes, Nancy set out to locate the murder weapon – complete with a metal detector and everything! – but she ultimately failed to do so.

Darren Osborne (Ashley Taylor Dawson) offered her some advice, telling her that she should drop her investigation and allow the police to find out what really happened.

Nancy ultimately agreed, and informed Dean of her decision.

Dean, meanwhile, decided to leave the village, but as he walked through the park, a mystery figure could be seen watching him from afar!

After Dean was out of sight, this person then moved the murder weapon which – like Nancy had predicted – was buried in the park after all!

This seemingly rules out Dean as George’s murderer.

Hollyoaks continues Monday May 3 at 7pm on E4.