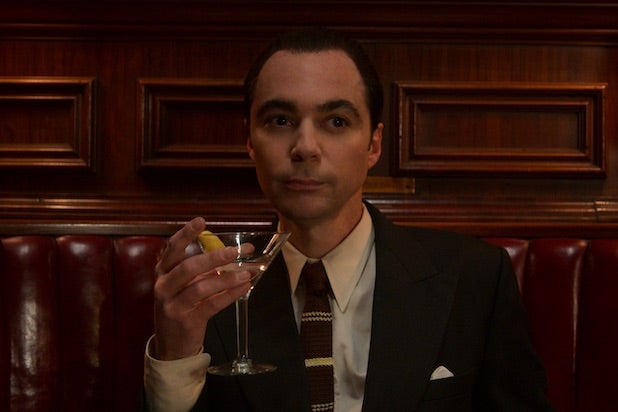 Warning: This story contains spoilers from the second and third episodes of the Netflix miniseries “Hollywood.”

Most of the lead characters in Ryan Murphy’s limited series “Hollywood” are fictional, and most of the ones who were real people are movie stars from the 1940s: Rock Hudson, Anna May Wong, Hattie McDaniel, Vivien Leigh …

But there’s one character in the miniseries, Henry Willson, who was a real-life star-maker, not a star, and who dominates nearly every scene in which he appears.

Because “Hollywood” is a fantasy that very deliberately rewrites Hollywood history to give women, minorities and the LGBT community more agency and acceptance than they had at the time, fact-checking its storylines is to some degree beside the point. But when an actual person whose real story isn’t well known is dropped into the narrative, it’s inevitable that viewers will wonder how close the character is to the real person.

Played by Jim Parsons, Willson makes his entrance in the second episode, when aspiring actor Roy Fitzgerald is looking for an agent to take him on. Willson treats Fitzgerald gruffly, berates him a bit and then announces, “Today’s your lucky day, Roy Fitzgerald. I just decided to sign you.”

In short order, Willson has given Fitzgerald a new name, Rock Hudson, and ordered him to start working out, get a tan and deepen his voice: “Next time you get a cold, I want you to drive up into the mountains and scream like a banshee,” he says. “That’ll break your vocal cords, and when they heal you’ll have a nice baritone.”

And then, before “Hudson” can sign his new contract, Willson opens the door to an inner room in his office. “But before we do this, there is just one thing we’ve gotta get out of the way,” he says. “I need to suck your c-ck. It’s my thing. I gotta do it.”

Subsequent episodes make it clear that this is pretty much business-as-usual for Willson, whose specialty is finding handsome young men, giving them new names and makeovers and signing them to contracts after they agree to have sex with him.

To some degree, this is an accurate depiction of Willson, though Parsons is better looking and more dapper than the real guy. “It’s easy to see Henry as a sexual predator, and he was that,” said TheWrap’s theater reviewer, Robert Hofler, who wrote a 2005 book about Willson, “The Man Who Invented Rock Hudson: The Pretty Boys and Dirty Deals of Henry Willson.” “But life is more complicated than that.”

In his book, Hofler wrote, “Henry often slept with ‘his’ boys – at least, in the beginning. He thought of those initial invitations to his bed as a paltry lagniappe for services rendered, like a waitress’s tip or Green Stamps. ‘Sex was often an invitation for a new client,’ said (Willson’s assistant, Gary) Crutcher, ‘then Henry often went on to be a good, caring friend.’”

Yes, Willson and Hudson were definitely lovers – not just when Hudson signed his contract, but into the 1960s, according to Hofler. But their first time probably wasn’t in Henry’s office on the day he signed Hudson. In “The Man Who Invented Rock Hudson,” Hofler places it at Willson’s home the following day.

And Hofler also takes issue with the idea that Willson’s go-to request would be to give oral sex to his prospective clients. “He certainly demanded sex from his clients, but from what I was told, he was always the active one – he did not get f—ed by anyone and he did not give blow jobs, he got them.”

One other scene that Hofler is skeptical of comes when Hudson goes to Willson’s home and watches the agent dance around his living room adorned in long scarves over a bra and boxer shorts. “Maybe there was a time when Henry Willson did drag, but it seems unlikely,” he said. “His whole m.o. was that he was very butch – in a weird way, almost homophobic when it came to himself and his clients. It seems very odd to me that the show would associate Henry with drag.”

The show also plays with Willson’s actual career timeline: At the time the miniseries begins in 1946, Willson was actually working as the head of talent for David O. Selznick’s studio, and did not become an agent until 1949 (although he had been one in the ’30s before going to work for Selznick). But “Hollywood” also sprinkles in details that Hofler’s book also mentions, including an early love affair with a young actor named Trent “Junior” Derkin, who died young in a car accident.

Later episodes take Willson into territory where he never actually ventured – but the later episodes of “Hollywood” do that for all the real people in the story, rewriting Hollywood history deliberately and with a real purpose.

Willson feels like a villain for much of the miniseries, particularly when he’s soliciting sexual favors or berating his clients (which Hofler said he would never have done publicly). But a few things soften his character by the end, which might fit with the conflicted feelings that Hofler has for the subject of his book.

“There is a sexual predator side to him, and also a father figure side to him,” he said. “So many guys who were clients of his for a while, some of whom had sex with him, continued to be friends with Henry and spoke very highly of him to me.

“Henry actually took the male sex symbol and took it to another, more macho level. If you look at the stars of the ’20s and ’30s, they were more feminine, but Henry took guys who were soldiers and sailors and convicts and made them stars.”

Willson had a famous line when a filmmaker said of Lana Turner, another of his discoveries, “But Henry, she can’t act.” “I didn’t say she could act,” Willson replied. “But she can be a movie star.”

Hofler said he thinks of that line at times when he watches shows like “The Bachelor.” “If Henry was around today,” he said, “he’d definitely be in the reality-TV market.”