Standouts like “All the Beauty and the Bloodshed” and “Descendant” are still on tap in the second half of this marathon of cinematic art. 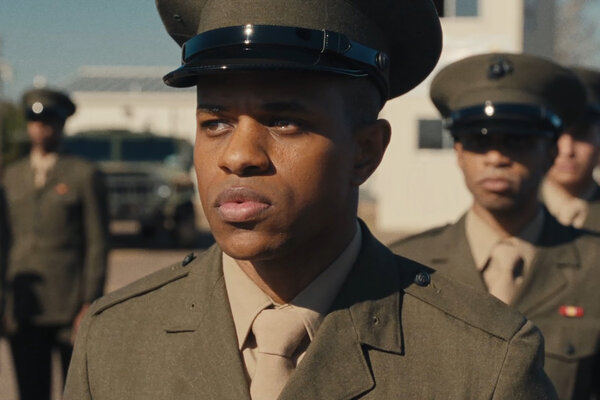 In 1966, when the New York Film Festival didn’t program a single big Hollywood movie, the omission made news. The major American film companies had grown allergic to festivals and were reluctant to be on the slate, including United Artists, which refused to submit Billy Wilder’s “The Fortune Cookie” for consideration. Speaking to The New York Times about his teapot tempest, Wilder wondered if the studio was afraid of the “snobbish, intellectual” types who attended the festival, quipping that “my picture was not made in Czechoslovakia.”

Now in its 60th year, the New York Film Festival has managed to outlive Czechoslovakia and most of the old Hollywood companies that once largely dictated the audience’s ideas about cinema. The festival has also nurtured new talent, supported established auteurs and served as an ongoing argument for cinema as an art even while reliably exasperating every conceivable stakeholder. Among my cherished festival memories are the sounds of indignant viewers loudly harrumphing toward the exits during Jane Campion’s glorious, impolite “Sweetie” (1989) and Lars von Trier’s brutal provocation “Dancer in the Dark” (2000).

It’s unlikely that this year’s largely appealing, carefully balanced main slate will scandalize anyone, although I imagine stomachs did flip during the sequence in Ruben Östlund’s vacuous satire “Triangle of Sadness” when seasick cruise passengers spewed fountains of vomit. Like Todd Field’s self-serious drama “Tár,” about an imploding orchestra conductor (Cate Blanchett), “Triangle of Sadness” exemplifies the kind of respectable art-house release that seems interesting enough yet is also unchallenging enough to generate mainstream attention throughout the long trek to the next Oscars. Both movies open Friday.

Like many film festivals, New York packs its splashiest, attention-seeking attractions into its opening stretch, but there’s a range of excellent work still on tap before the event ends Oct. 16. Standouts include the documentaries “All the Beauty and the Bloodshed,” Laura Poitras’s moving portrait of the artist-activist Nan Goldin, and Margaret Brown’s “Descendant,” a sensitive consideration of race in America. Told through the chronicle of the Clotilda, the last recorded slave ship — its final voyage was to Alabama in 1860 — “Descendant” explores a history that continues to haunt us and has seeped into the nation’s very soul.

For its 2022 edition, the festival is presenting 120 movies, including 73 features arranged in separate programs. As is its custom, it has skimmed buckets of cream (some of it curdled) from Cannes and other high-profile festivals. Most of the 32 features in the main slate have domestic theatrical distribution; one notable exception — though I imagine this will change soon — is “Master Gardener,” from the writer-director Paul Schrader. Starring Joel Edgerton, Quintessa Swindell and Sigourney Weaver, it is a classic Schrader joint: an austere, beautiful, romantic, wordy, implausible and touchingly Utopian story of love, loneliness, violence and redemption.

Like Cannes, the New York Film Festival remains dedicated to championing the work of favored auteurs such as Schrader. And so, just as it did in 2021, this year the event is presenting two beguilers from another of its beloveds, the South Korean director Hong Sangsoo: the relatively straightforward “The Novelist’s Film” and the more formally playful “Walk Up.” In “Novelist,” a peripatetic writer’s imagination is ignited by an encounter with an actress in a story that unfolds linearly only to take a late, beautiful swerve; in “Walk Up,” Hong tells three related stories that play out on different floors of the same cozy building.

Other upcoming highlights include “EO,” Jerzy Skolimowski’s painful, brilliant, formally daring story of a donkey (animal lovers should know that this is essential but tough viewing); “Return to Seoul,” a slow-boiling knockout from Davy Chou about a French-Korean woman’s visit to her birthplace; Cyril Schäublin’s “Unrest,” a visually striking, offbeat tale set in the 1870s that tracks the anarchist Pyotr Kropotkin on a visit to a Swiss town where time is money and workers are tick-tick-ticking; Elegance Bratton’s “The Inspection,” a touching, assured, autobiographical drama about a gay Black man who joins the Marines; and João Pedro Rodrigues’s delightful, absurd, fiercely political “Will-o’-the-Wisp.”

And don’t miss “No Bears,” a haunting, sorrowful story about being and belonging, place and displacement from the Iranian director Jafar Panahi. A frequent target of the Iranian government, Panahi has been working under extraordinarily difficult conditions for more than a decade. In 2010, he was officially banned both from filmmaking and from leaving the country because of his criticisms of the government; in July, he was sentenced to six years in prison. In “No Bears,” he plays himself (or a version thereof), a director who is struggling to make a movie in Turkey while temporarily camped out nearby in a small Iranian village that’s soon engulfed in turmoil. Here, borders are at once imagined and terrifyingly real.

Buying a festival ticket isn’t a form of political protest, yet supporting art can be a soulful, mind-expanding human endeavor and an expression of hope — and, in this case, a gesture of solidarity — and it would be gratifying if each of the remaining screenings of “No Bears” were to sell out. One of the dullest and stupidest complaints regularly leveled against the festival has been its ostensible highbrowism. That events like the New York Film Festival are exclusive by selective design (and ticket price) should go without saying, but for years the festival has been routinely pilloried for being putatively out-of-touch, dusty and irrelevant (a.k.a., it wasn’t feeding the Oscar Industrial Complex), when, at its finest, this institution has heeded a mandate to show works of cinematic art as it supports filmmakers like Panahi.

Writing in this paper in 1965, Amos Vogel, who helped found the festival, expounded on that mandate while reveling in the festival’s successful first few years. “Welcome or not, film has joined 20th-century art,” Vogel wrote. The aim of the New York Film Festival, he continued, is to reflect the “international trends in a cross-section, not of the largest and most commercial, but of the most interesting new works.” Freed from the straitjacket of the box office, the festival served as a “catalyst and witness” as it revealed new waves and artists to an audience that, before the arrival of home video, might wait years for a foreign film to open.

One of the more fascinating chapters in movie history is how festivals like New York have not only managed to survive cataclysmic industry changes — including streaming — but also succeeded in growing and nurturing new audiences. New York has done so even during what has been an especially eventful year for both it and its parent body, Film at Lincoln Center: In August, Joanne Koch, who led that organization for a quarter of a century — and ardently protected its standing as a citadel for serious, nonacademic movie culture — died at 92. More changes will come late this month when the festival’s current executive director and former director, Eugene Hernandez, leaves to become the director of the Sundance Film Festival.

Hernandez only officially assumed a festival leadership position in February 2020 — what timing! — so his tenure has been too brief to have made a strong impression. That said, under his leadership the festival reorganized its selection process (so far, so good) and kept the show going throughout the grimmest days of the pandemic. In 2020, it embraced a hybrid model (via virtual offerings and drive-ins) that increased its audience. This year’s event is again in-person, but it has smartly expanded its New York reach with screenings in all five boroughs. It’s more democratic, and at 17 days — six more than Cannes — a true marathon.

So, put on your sneakers, grab your mask — they’re required at the event’s indoor spaces — and get going. There are loads of tickets available, including $10 rush. Worlds of wonder await.