Creators who wonder what their new working worlds have in store might take comfort in Jay Duplass. However unintentional, he and his brother Mark have spent their 18-year careers preparing for this moment.

“We could be among the first people back on track and shooting,” he said. “For us to make a small movie, we could take 17 people to a special rural location. We didn’t invent this model, but we’ve gotten good at it, knowing where to spend our time, energy, and resources. Actors can do their own hair and makeup and socially distance, not stacked on top of each other. That isn’t a big incubation risk.”

From “Transparent” and “The Morning Show” to “Room 104” and “Togetherness,” the Duplass Bros. are renowned for juggling multiple film and TV projects as writers, directors, producers, or actors. When even their scrappy indies became a challenge, they pivoted to TV and streaming. And now, as a pandemic makes massive TV productions look like a thing of the past, it seems that all aspects of the world look increasingly Duplassian. 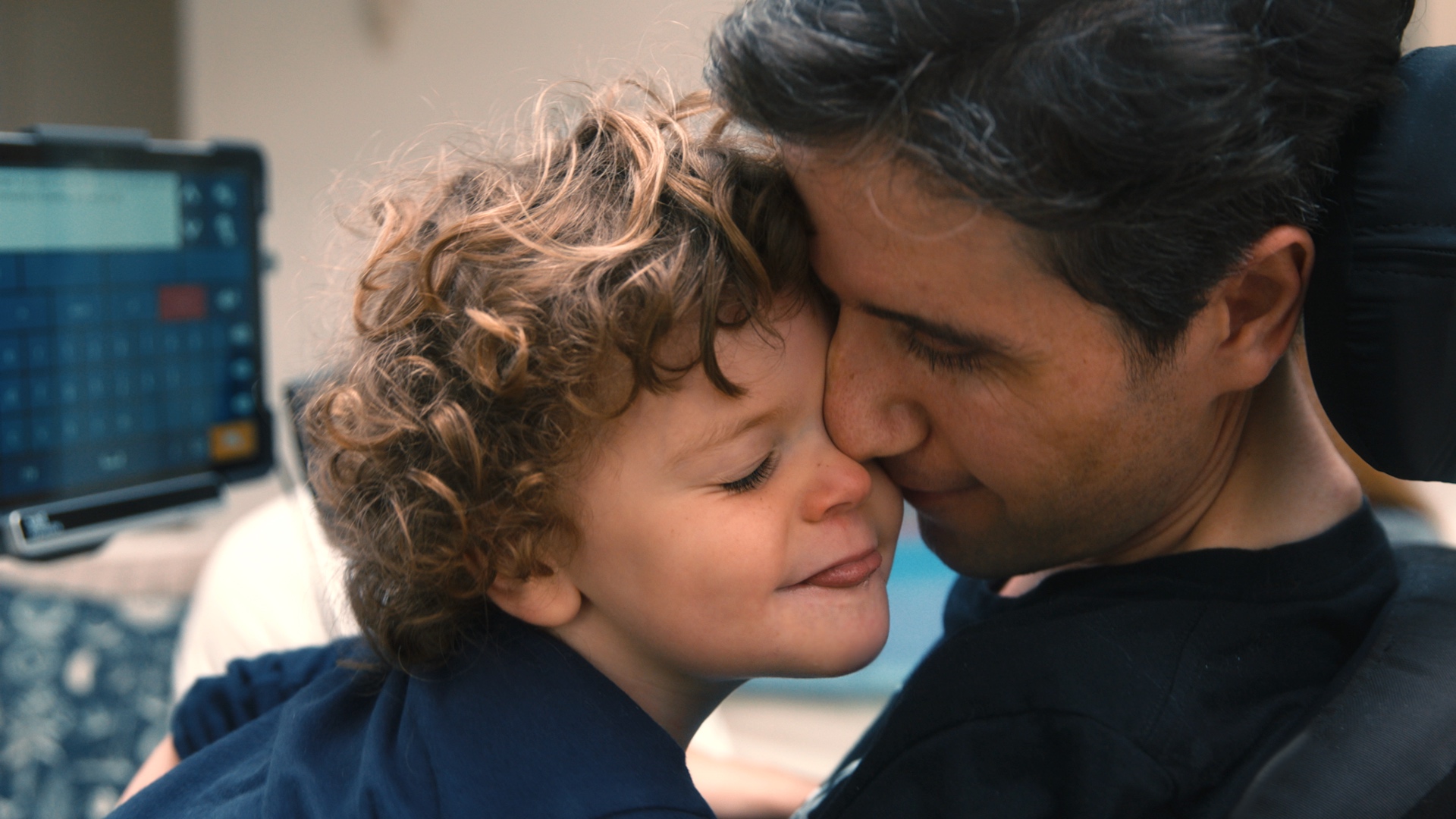 Activist Ady Barkan and his son in Tribeca documentary “Not Going Quietly.”

Jay’s most recent project, the ALS documentary “Not Going Quietly,” was scheduled to debut at the Tribeca Film Festival. He’s a producer on the cinema vérité feature about political activist and Be a Hero PAC founder Ady Barkan, who is fighting to survive ALS and refusing to accept a healthcare system that sometimes denies patients life-saving treatments. Directed by Nicholas Bruckman, the film follows Barkan from vital and charismatic activist with a loving wife and child through his early ALS diagnosis and anger at the medical bureaucracy that would deny him the use of a ventilator.

Duplass agreed to produce the documentary after Barkan officiated at the wedding of his “Transparent” costar Amy Landecker, where pal Bradley Whitford told Jay about some filmmakers doing social media promotion for Barkan’s activist work. “There was an incredible personal story unfolding there,” said Duplass. “And as unfortunate as this pandemic has been, it made its message even more timely and pressing. It’s evident that most people don’t have reasonable and affordable access to healthcare. And everyone should have a voice, and that includes our most vulnerable people. We are all interconnected, and have to take care of each other.”

While Duplass was bummed to miss a Tribeca launch, he just taped a virtual Zoom Q&A panel with Bruckman and Barkan, which will be available on May 5 via Tribeca Talks: at Home on Facebook, Twitter, Instagram and YouTube. And he’s optimistic about ICM Partners selling the finished movie.

“I definitely feel like a lot of times in life, the toughest thing turns out the best thing,” he said. “There’s going to be a tremendous lack of programing in the late summer and early fall. We are part of this last graduating class of filmmakers who have an unseen film in hand that is very good. That has become a rare commodity. Nobody knows when the next films will be made and completed well into 2021.”

The Duplass brothers are a proven brand, which means that their non-fiction film will be sampled by buyers. “I’ve come to realize that you don’t know what external circumstances are going to impact the possibilities for you,” he said. “The only thing you can control is the quality of the piece of art you are making. You have to roll with the punches. With all our TV shows and movies, we couldn’t pretend to know the possible outcome of anything.”

Jay is scheduled to star in Amanda Peet’s series “The Chair,” costarring Sandra Oh (executive produced by David Benioff and D.B. Weiss, under their Netflix deal) which is slated to shoot in late summer, most likely in L.A. “My fingers are crossed on that one,” he said. “Everything is changing.”

In the meantime, Jay and his wife are homeschooling two kids, ages eight and 11, and share movies like “Groundhog Day” that play for the entire family. And, he tries to write.

“Writing is the toughest thing,” he said. “Tone is so strange right now, not just in terms what I’m in the mood to write, trapped in my house, but the world has shifted so heavily. The things I was writing seem to be in a different context. It’s also hard to know where the world will be and what the appetite for content will be. Personally, I could try comedy right now, something fun, like what people did during World World II: they wanted song and dance when the world was so bleak, and people wanted to escape it.” 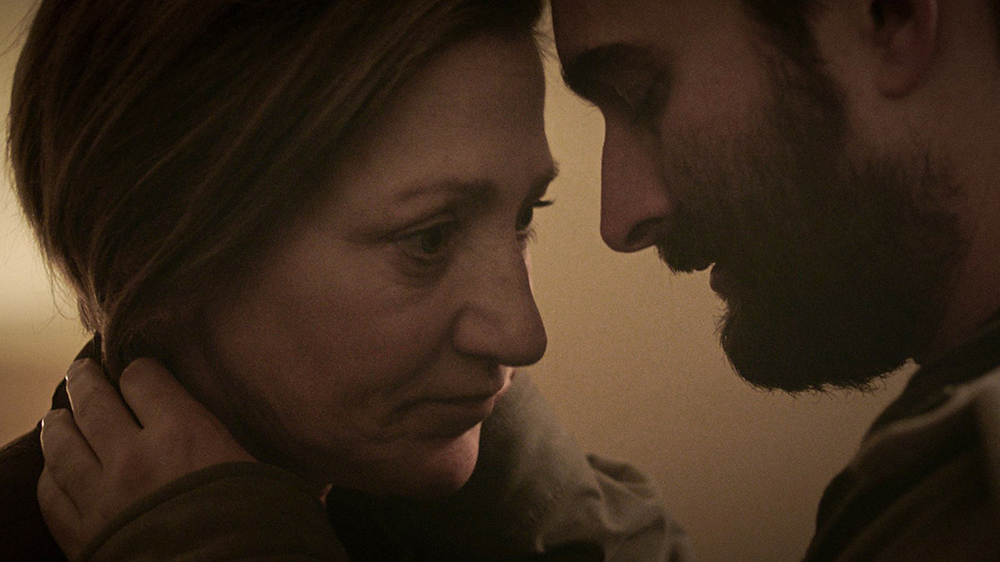 Jay Duplass produced and starred opposite Edie Falco in Lynn Shelton’s “Outside In.”

Duplass is “psyched” to see Steven Soderbergh and the DGA’s upcoming guidelines for returning to production: “It’s going to take a lot of thought and preparation to bring people back and understand what the repercussions are.” When it’s possible to ramp up production again, the Duplasses seem uniquely poised to step into the breach.

Do the brothers have a project ready to go? “Mark and I have a proverbial Word document full of ideas,” he said. “We have stories and characters we want to put on film, and friends who are good actors. It’s not hard to reverse-engineer a movie like ‘Puffy Chair’ with the available resources we have. Like, ‘What is the most safe and positive way that we could make something? OK, here’s the best possible story.’”