Few moments in Hollywood film history are as iconic as the on-screen kiss: Audrey Hepburn and George Peppard in Breakfast at Tiffany’s kissing in the rain, Rachel McAdams and Ryan Gosling in The Notebook kissing in the rain, Toby McGuire and Kirsten Dunst in Spider-Man kissing upside-down in the rain, and of course who could forget Kate Winslet and Leonardo DiCaprio kissing on the bow of the Titanic.

While it may seem all romance and excitement to those of us that enjoy the final product of the filming, not all celebrities enjoy filming such scenes, even if their co-star just happens to be “the king of the world.” 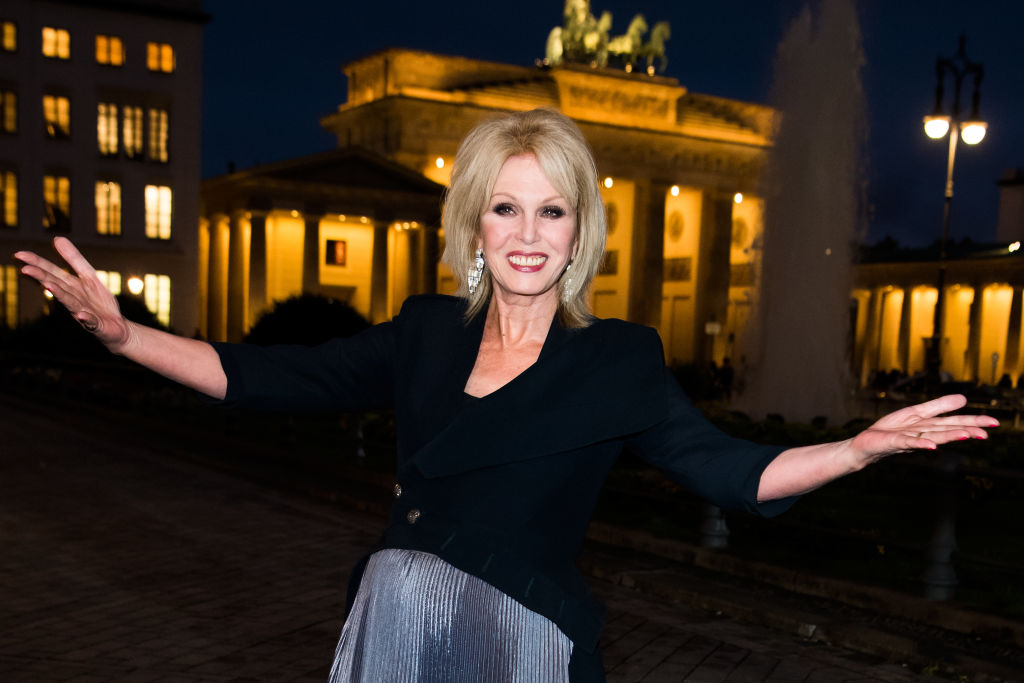 Joanna Lumley, best known for playing Patsy in the British sitcom Absolutely Fabulous, shared a kiss with DiCaprio for The Wolf of Wall Street. In the film, DiCaprio played a sex-addicted, drug-addicted Wall Street tycoon, who was married to Lumley’s character’s niece. That’s right, he kissed his aunt (by marriage). Due to the circumstances, the kiss was supposed to be awkward in the scene, but the filming wasn’t much better for Lumley, despite DiCaprio’s charm.

During an interview with talk show host Graham Norton, Lumley described what it was like to film the kiss: “We were just really clean, like a kind of surgery, really. Really clean. Like a peppermint surgery. And we did quite a lot of kissing.”

In another interview, she used similar terms saying: “But I’ll let you into a secret. It’s actually no fun kissing actors, no fun at all. There are so many takes and you both have to chew so much chewing gum. It’s like kissing someone in a dentist’s waiting room.”

Leonardo DiCaprio had to kiss Kate Winslet A LOT

DiCaprio may have a less dire view of on-screen kissing, but he doesn’t overly-romanticize them either. In an interview with Oprah back in 2004, an audience member asked him who was his favorite “leading lady kiss.” He went with the safe choice, Winslet, “just because we did it more times than anyone could ever imagine,” he said.

Oprah showed DiCaprio a clip of Winslet saying that the two of them got along incredibly well, and despite how handsome and famous he was, he’s actually quite humble and down to earth. She said they got along well and their relationship was like a brother-sister one.

DiCaprio agreed with her assessment and added: “If it wasn’t for her making that film, we would’ve been shrapnel by this point. It was just the toughest film we’d ever had to make, and we were partners together, you know? We held each other’s hand and supported each other.”

What do other celebrities think of on-screen kissing?

All right, open your eyes… #ValentinesDay

Diane Keaton loves kissing scenes: “People say it is hard, but they are wrong. It’s the best. It doesn’t get any better,” she said, citing her reason as getting to kiss a variety of men with no consequences. Opinions on the topic of kissing for films, however, seem to be as varied as the actors themselves.

Morena Baccarin described kissing Ryan Reynolds in his Deadpool mask to be like “kissing a giant latex condom.” Zac Efron cited his kiss with Zendaya for The Greatest Showman as his favorite kiss ever.

Jennifer Lawrence, unlike Lumley and DiCaprio, made a point of NOT having fresh breath, during the filming of kissing scenes for The Hunger Games, much to Liam Hemsworth’s chagrin: “She’s one of my best friends, I love her, but if we had a kissing scene, she would make a point of eating garlic or tuna fish or something that was disgusting.”

For young stars, there is the added awkwardness of inexperience and the unknown. Emma Watson said she was stressed about her kiss with Rupert Grint for Deathly Hallows: “I was like, ‘Do I use tongue?’ Watson said. ‘Do I not use tongue? Do I cover my teeth? What do I do? Do I go first? Oh my God!’”

For anyone wondering, the answer is no. No tongue should be used in on-screen kissing when at all avoidable.