The livestream will also include writer and producer Nell Scovell

This conversation is the third of four in a series of roundtables titled “Conversations on Cancel Culture,” presented by TheWrap. Starting May 25 for four weeks, TheWrap is livestreaming a roundtable discussion every Tuesday at 12pm PT on one of the following topics: journalism, film criticism, comedy and rehabilitation from cancel culture. The roundtables are also available for free on-demand viewing on the “Conversations on Cancel Culture” website. 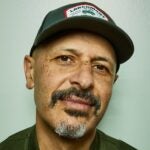 Maz Jobrani is a comedian, actor, author and podcast host. In 2016 he performed at the White House where he introduced Michelle Obama. His stand-up comedy specials include the Netflix original “Immigrant” as well as Showtime’s “Brown and Friendly,” I Come in Peace,” and “I’m Not A Terrorist, But I’ve Played One On TV.” His new standup comedy special “Pandemic Warrior” is now available for streaming on PeacockTV. 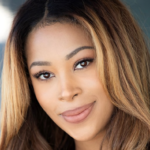 Comedian and actress Skye Townsend is the star of HBO Max’s three-time Emmy Award-nominated “A Black Lady Sketch Show.” She got her start in the industry as a singer at the age of 17, signing with Atlantic Records. Since then she has followed in the footsteps of her comedian-director father Robert Townsend by entering the world of sketch comedy.  She is also the host of the popular podcast “Unpack ‘N Bounce Back.” 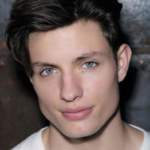 Comic and actor Matt Rife began his TV debut in 2015 as the youngest cast member ever on MTV’s “Wild ‘N Out.” He performed on the show for 3 seasons before moving on to host MTV’s TRL Reboot. Matt’s additional credits include NBC’s “Brooklyn Nine-Nine,” ABC’s “Fresh Off The Boat,” MTV’s “The Challenge.” Most recently, Matt competed in NBC’s new comedy competition series, “Bring the Funny.” 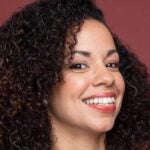 Suni Reyes is a bilingual actress and comic from Puerto Rico. She recently appeared on Comedy Central’s “Awkafina is Nora from Queens,” the Showtime hit series “Billions” and Netflix’s “Seven Seconds,” starring Regina King. Reyes also performs improv, sketch and stand-up regularly at the UCB Theatre, The PIT and Broadway Comedy Club and has appeared on viral videos for Funny or Die, Mas Mejor and Above Average. 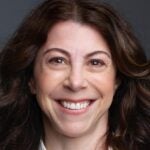 Nell Scovell is a television and magazine writer, producer, director and collaborator on the #1 New York Times bestseller “Lean In: Women, Work, and the Will to Lead.” She is the creator of the television series “Sabrina the Teenage Witch” and her TV writing credits include “The Simpsons,” “Coach,” “Monk,” “Murphy Brown,” “Charmed” and “NCIS.”

About “Conversations on Cancel Culture” Series

The “Conversations on Cancel Culture” series addresses a new wave of pressure to be silent – or be silenced – that has spread rapidly from media to entertainment to politics. Is this a new form of censorship? Or a necessary corrective to entrenched privilege?

That very title “Cancel Culture” is provocative and prone to controversy. And yet we feel it is important to have thoughtful and robust dialogue around this issue which encompasses both free speech and accountability, the rise of social media pressure groups and the real-life violence that has sometimes also ensued.

The series will talk to journalists, comedians, film critics and academics among others to address this complex topic that is – just to confuse things – being hijacked for all manner of misinformation and political posturing.

Left unexamined, “cancel culture’ threatens to undermine the free exchange of ideas. Debate, discussion and disagreement, and tolerance of those who hold different beliefs.

For more information about Conversations on Cancel Culture, a multi-media series by TheWrap visit: thewrap.com/cancel-culture-series