Since its spectacularly ill-fated theatrical release in November 2017, Joss Whedon’s version of “Justice League” has earned itself many detractors — from original director Zack Snyder and his legions of fans, to even some of its stars —  though few personally felt Whedon’s choices as much as “Wonder Woman” and “Wonder Woman 1984” director Patty Jenkins.

When Jenkins appeared on “ReelBlend” podcast last December, she was asked about how Whedon’s theatrical cut impacted her plans for Wonder Woman, including her sequel “Wonder Woman 1984,” which Jenkins was already plotting when Whedon’s film hit theaters. Her answer was blunt, and wholly understandable when one compares the so-called “Whedon Cut” with the recently resurrected “Snyder Cut.” She tossed it out.

“I think that all of us DC directors tossed that out just as much as the fans did,” Jenkins said about Whedon’s “Justice League” theatrical cut. “I felt that that version contradicted my first movie in many ways.”

While Snyder’s take offers a much better take on Wonder Woman (Gal Gadot) than Whedon’s did, it’s still rife with short-shrift spins on the character, head-thumping lines of dialogue, and a genuinely disturbing amount of trauma for both Diana Prince the woman and Wonder Woman the superhero. (It’s still, however, much better than Whedon’s version.)

Part of that is due to the very narrative scaffolding of Snyder’s film, which — in both iterations — is at the mercy of introducing new characters like Cyborg (Ray Fisher) and The Flash (Ezra Miller) without the benefit of previous standalone features to explain who they are and how they fit into the DCEU. Wonder Woman is one of just two members of the Justice League (the other being Henry Cavill’s Superman) who arrives in both cuts as a known quantity. But Whedon leans far too hard on that knowledge, opting to present a watered-down version of the character that doesn’t even have enough personality to feel like parody. Mostly, Diana is reduced to playing some flat version of “the woman” in the film, all big emotions and little agency. 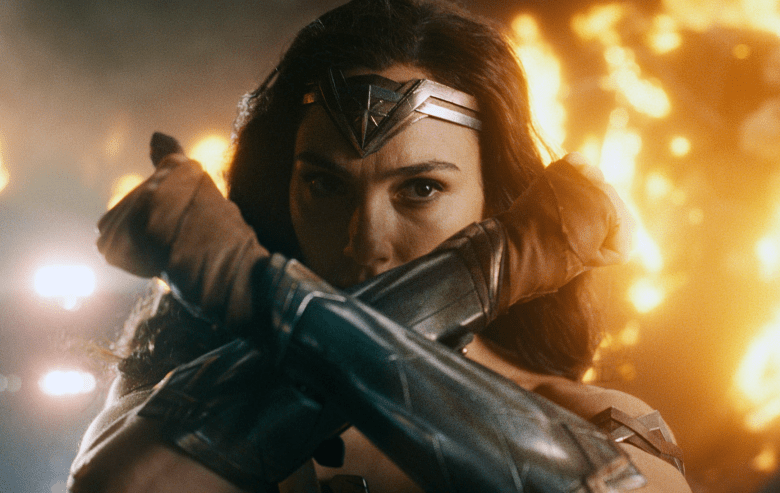 Snyder at least attempts to remind us of who Diana is through measurable actions. That’s obvious in one of the few Diana-centric scenes that appears in both the theatrical version and the Snyder Cut.

In each film, Wonder Woman first appears while saving a group of field-tripping schoolchildren from a nefarious band of criminals who take them hostage as part of their plan to blow up a chunk of London. (Neither cut is at all interested in digging deeper into these bad guys and their scheme, which apparently involves resetting the modern world.)

In both versions, Diana defeats the villains, foils their plan, saves the kids, and keeps the world safe. With a nearly doubled running time, Snyder’s version offers this existing sequence more breathing room; it allows for more opportunities for Diana to (at least, overtly) announce who she is and what she’s doing. After the dust settles, one schoolgirl even asks Wonder Woman if she can be like her someday, to which the Amazonian warrior announces, “You can be anything you want to be.” It’s a fine lesson, but also a fairly obvious one, delivering a sloganized take on Wonder Woman’s ethos that would be embarrassing if Gadot didn’t sell it so hard.

At least the Snyder Cut is more interested in showing off Diana’s skills alongside those blasé bon mots, thanks to a rip-roaring sequence in which she takes out every bad guy, tosses their bomb, and then systematically saves everyone when the main goon attempts to shoot them.

Snyder puts Diana’s grit on full display, plus her desire to save anyone and everyone — while Whedon’s cut reduces the incident to just another quickie way to save the world and then zip on to the next disaster. Snyder understands something profound about Wonder Woman: She’s just as driven to save the world as she is the two dozen people in front of her. She even sticks around to make sure everyone is okay, a grace note that likely didn’t even occur to Whedon.

When Jenkins was on the ReelBlend podcast, she noted that she worked closely with Snyder to maintain a sense of character continuity for Diana Prince/Wonder Woman through “Wonder Woman,” Snyder’s “Justice League,” and “Wonder Woman 1984.” “I have to have my own films, and [Zack Snyder has] been very supportive of that,” Jenkins said. “And so, I think that that [Whedon’s ‘Justice League’] was kind of an outlier. They were trying to turn one thing into, kind of, another. And so then it becomes, ‘I don’t recognize half of these characters. I’m not sure what’s going on.’” 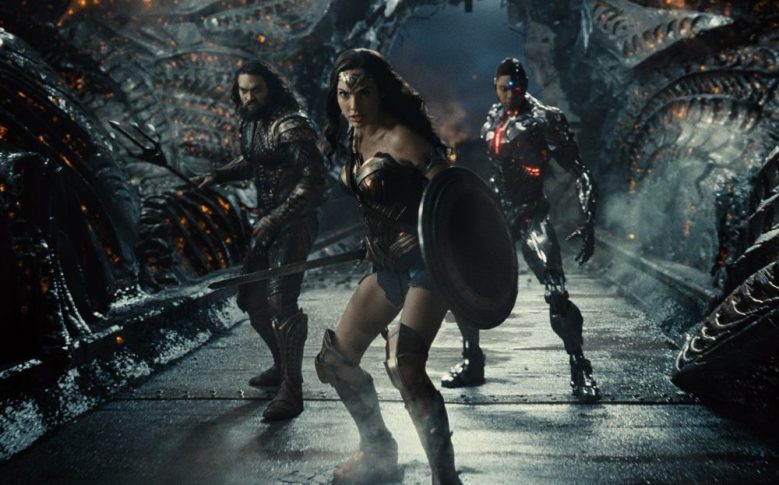 Viewed through that lens, some of Snyder’s most uncomfortable choices take on a different cast. In both films, the awakening of a trio of “Mother Boxes” herald the arrival of main baddie Darkseid and his primary lackey Steppenwolf (Ciarán Hinds), and while the entire backstory of said boxes is far too complicated to detail here, it’s important to note that the Amazonian warriors are in possession of one of them. When the box located on the island of Themyscira “wakes up,” it’s Diana’s own family (including her mother, Queen Hippolyta, as played by Connie Nielsen) who endeavor to keep it sealed off, lest it fall into the wrong hands.

Whedon’s film uses a short, flashy, and mostly confusing sequence to detail all that. (In short, Steppenwolf gets the box, and it’s bad.) Snyder’s take is much, much longer and far more gruesome, with at least nine minutes added to what was first presented in Whedon’s cut. The death count is higher, the suffering is deeper. Compared to a similar sequence involving the Atlanteans that follows, it seems to revel more explicitly in the ruin of many of the lady warriors.

However, that at least gives Diana a very emotional starting point for the next post-“Justice League” film, even if it’s one that stings. It also allows Snyder to make Diana a more active participant in battling the boxes and the villains that rely on them. In both films, she’s saddled with explaining the boxes’ complex history to Batman, but in Snyder’s cut, her relationship to them is much more personal. Not only has their recent awakening laid waste to much of her home and family, Queen Hippolyta explicitly sends a message to Diana about the threat (mentioned in the Whedon cut, though never explained) that requires her response.

Mostly, it means that when Batman (Ben Affleck) manages to finally put together his Justice League, Diana is a more active participant. In Whedon’s version, she’s simply an instrument of Bruce Wayne’s big idea, sent out to gather some potential members and to offer exposition while doing it. In Snyder’s cut, simply by virtue of the fact we’ve spent more time with Diana as the threat grows, we know she has stakes in it. And those stakes, it seems, are appealing to Jenkins’ vision of where Wonder Woman is in 2021.

And while Snyder initially suffused his DCEU films with some (awkward, strange) romantic chemistry between Batman and Wonder Woman, an iffy impulse that Whedon works to even worse effect in his version, the Snyder Cut blessedly does away with (most, but not all of) that. Instead, Snyder — who doesn’t have the best track record when it comes to taking sexuality out of the equation when delivering blunt force material on the world’s ills; see “Sucker Punch” — presents Diana and Bruce as tentative professional partners more than anything.

It’s a choice that reorients Diana as more than simply a woman in a male-dominated world. Whedon’s insistence on trading on the worst assumptions about women, however, offers no such nuance. If there’s anything that likely set Jenkins — and other Wonder Woman fans — ablaze while watching the Whedon cut, it’s a sequence in which all those assumptions and misunderstandings and plain old out-dated ideas about womanhood work to a baffling face-off.

In Whedon’s cut, the decision to resurrect Superman through the power of the Mother Boxes is a fraught one, and one that oddly hinges on an overheated debate between Batman and Wonder Woman. After the newly-formed Justice League faces off with Steppenwolf for the first time, the gang attempts to regroup, during which Batman posits that they can use the power of the boxes to bring Superman back from the dead.

The theatrical version of the film turns this essential debate into a testy screaming match, with Bruce attempting to goad Diana into his idea by poking at some of her worst fears. Mostly, he blames her for resisting the call to help people and not doing the work required of a super-being — she only ended World War I, Bruce — as if that explains away any of what is happening. Diana, in a decidedly out of character move, even hits Bruce during the exchange.

Imagine being Patty Jenkins, in the midst of readying your sequel which explicitly explains what Wonder Woman has been up to since her first introduction to the world of man and seeing whatever this is. Tossed out? That’s a nice way of putting it. (Even worse, the scene is bookended by Diana attempting to soothe a wounded Bruce, even after he’s been, at best, a terrible friend to her in front of all of their compatriots.) 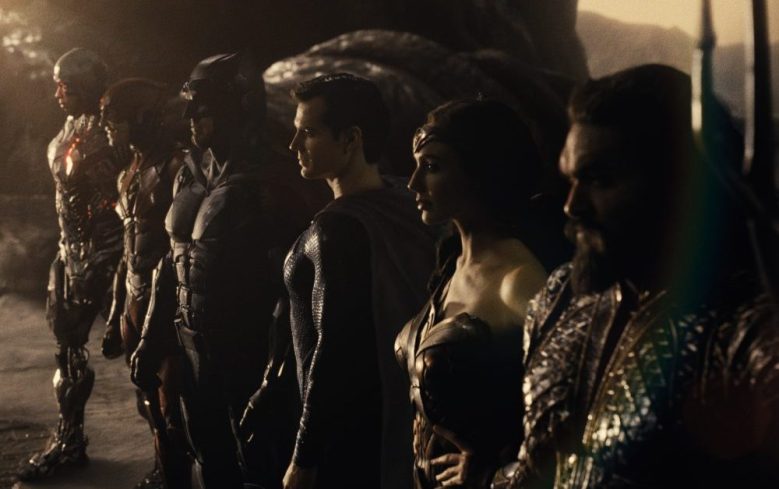 Snyder’s cut entirely reworks this scene, in a way that doesn’t turn Wonder Woman into a crazy, emotional woman, and instead actually explains the Mother Boxes, what they do, and what the team hopes to do with the one they’ve acquired. Whedon’s scene was all about setting up useless drama and turning Wonder Woman into a nutball, but Snyder turns it into an essential turning point for the film and all its characters. It’s the best scene in the movie, if only for how seamlessly it fits into everything else and actually drives the story forward in an understandable way. What a concept!

Still, Snyder’s sprawling version of “Justice League” can only offer a limited view of Wonder Woman. Again, part of that is due to the very design of the DCEU and the necessity of giving space to the other characters Snyder sought to introduce. But at least Snyder offers a modicum of respect to the current iteration of Wonder Woman who has inspired her own films.

Snyder’s take on the character isn’t just closer to Jenkins’ vision than Whedon’s was, but it’s far closer to the traditional one, too. This Wonder Woman — like the ones who have come before her and will come after — doesn’t act out in pain, but seeks to bring people together in service to truth, love, and justice.

Both Whedon and Snyder’s films end on similar notes, only in Snyder’s film does Diana’s portrayal ring true. As she, Bruce, and Alfred stroll through what they hope will become the new home base of the Justice League, Bruce details plans for six seats around a table for its members, though Diana adds that there’s “room for more.” Snyder’s film gives the space for Diana herself to be not just more, but to actually be herself.