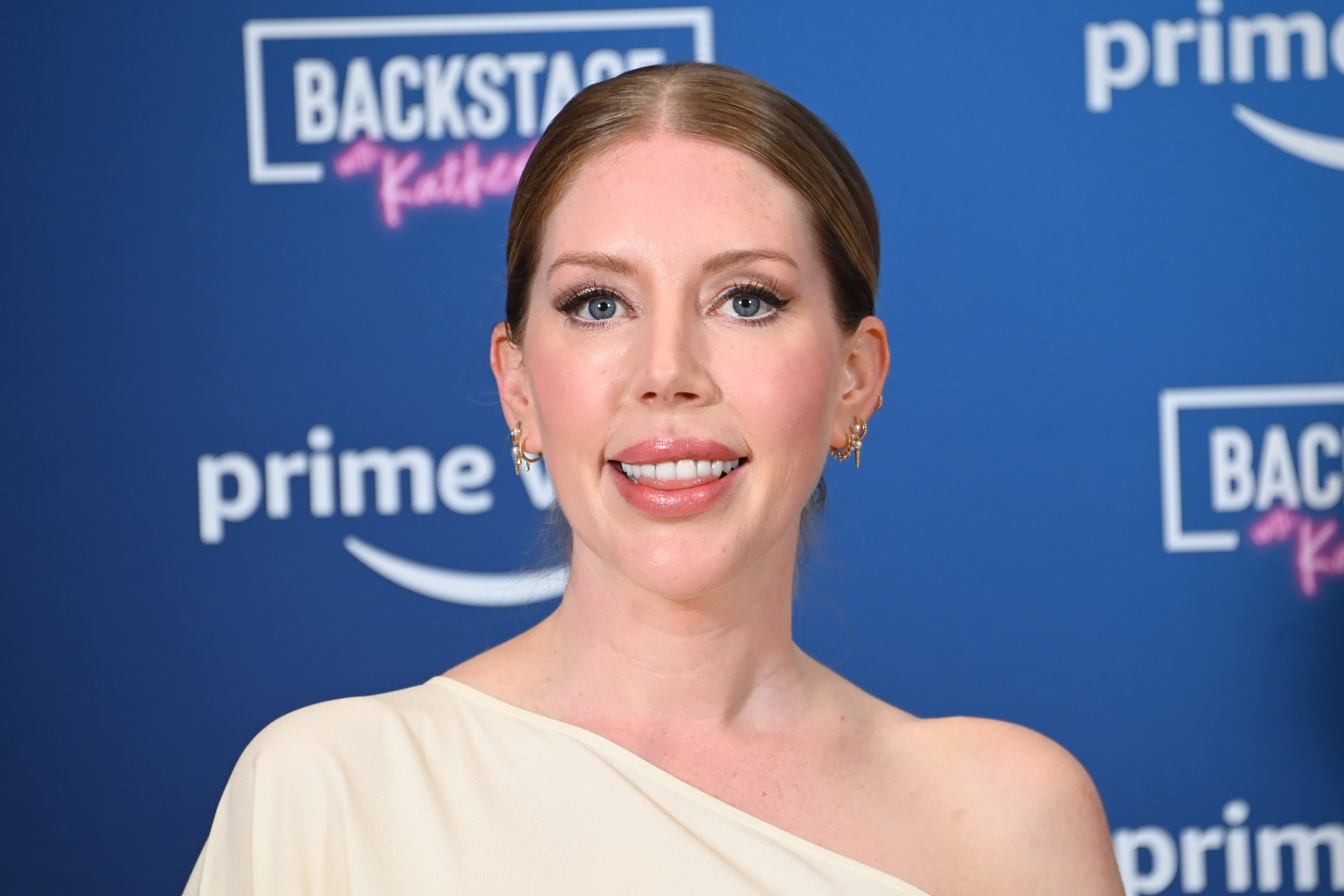 Katherine Ryan accused a colleague of being a sexual predator while working on a popular television show.

Speaking in her new Prime Video series Backstage With Katherine Ryan, the comedian revealed to Sara Pascoe that she made the allegation in front of her co-workers because she didn’t know what else to do.

She also shared that Sara knows the alleged attacker too.

‘I raised it,’ Katherine told her. ‘I called him a predator to his face and in front of everyone every day.’

‘What am I supposed to do? It’s such a messy thing because I don’t have proof,’ she continued.

‘What, am I not supposed to feed my children because of someone else?’

Sara also admitted she reported a male celebrity to a television network after she received a phone call from a viewer who claimed they had been raped by him.

‘Have you ever done a job and then someone’s contacted you and said, “That’s my rapist”?’ she asked.

‘I had it on a job recently where I’ve had to go to the channel, and it’s that whole thing because you feel such a sense of responsibility but you also want it to be dealt with well… it’s so complicated.’

Over the course of her career, Katherine has featured on a number of renowned shows including Have I Got News For You, Never Mind The Buzzcocks, 8 Out Of 10 Cats, Mock The Week and a League Of Their Own.

In her new series Backstage with Katherine Ryan, Katherine takes viewers behind the scenes at stand-up shows, offering a fascinating look at comedians including Jimmy Carr, Seann Walsh, Sue Perkins and Rosie Jones both on and off the stage.

While some comedians may be more willing to make jokes deemed risky or offensive, others may prefer to hold back, with Katherine revealing she’s in the latter category when it comes to jibes that could hurt people’s feelings.

The Duchess star added that she doesn’t ‘worry about being cancelled at all’, because she doesn’t ‘have any control over that’.

Backstage with Katherine Ryan is available to stream on Prime Video.