The Last Kingdom is a popular historical drama series on Netflix which tells the story of Uhtred of Bebbanburg (played by Alexander Dreymon) and his role in the unification of England. In the series, he has a band of loyal followers who have become fan-favourites including Finan (Mark Rowley), Osferth (Ewan Mitchell) and Sihtric (Arnas Fedaravičius). Actor Fedaravičius has given insight into how he landed his breakthrough role as one of Uhtred’s closest friends.

How did Sihtric actor Arnas Fedaravicius land the role?

Sihtric was introduced in the second season of The Last Kingdom as a very unlikely ally of Uhtred, as he was the son of Kjartan (Alexandre Willaume), who had helped raid the warrior’s village.

However, as he was a bastard son, Kjartan wanted very little to do with Sihtric, and he cast him aside. Sihtric attempted to abduct Uhtred, but he narrowly escaped and kept his would-be kidnapper alive as a slave.

As the series progresses, Sihtric showed his loyalty to Uhtred, and he ended up swearing an oath to serve him for as long as he lived.

By the third and fourth seasons, Sihtric became one of Uhtred’s best warriors and one of his closest friends, and he has remained true to his word.

His character is played by Lithuanian actor Fedaravičius, who is 29, and the star was cast for the role in 2015. 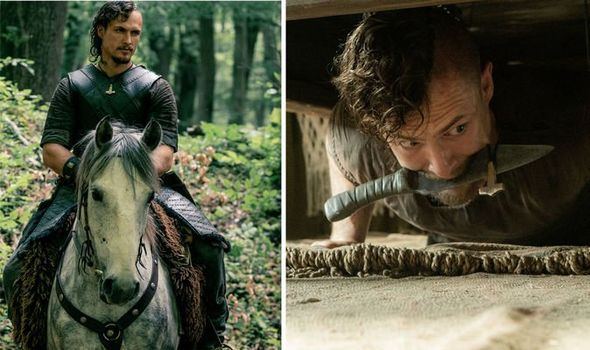 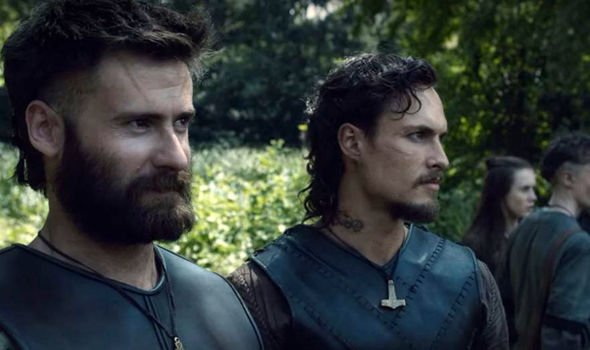 He studied at the Lithuanian Academy of Music and Theatre, and he also took part in an intensive stunt training course, which set him in good stead for landing his role.

His IMDb page says the skills he learned during his stunt training became very useful in the fight scenes in the Anglo-Saxon drama.

The star had only taken on small roles until he starred in the drama series Thicker Than Water but much bigger things were just around the corner.

The Last Kingdom was a huge hit in 2015 when it was released, but it had by no means reached its peak in terms of popularity.

The star said he had a passion for boxing and combat sports, which has no doubt become a useful asset for his warrior role in the series.

Speaking about how much he knew of the series before he was cast, he told Fansided: “A year or two before I was cast, I was looking through shows, like what I would want to watch next, and it popped up.

“I was about to click on it, but for some reason I chose to watch Band of Brothers, so I only recently watched it after I got the job. But I cried at the end.” 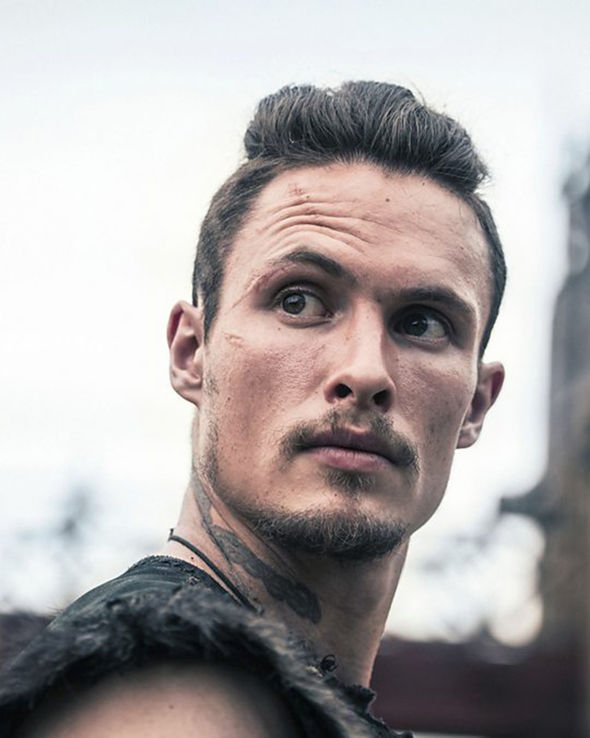 He also said he tries to read at least two books ahead of each season, so he can find out more about the fates of the characters.

The series is based on The Saxon Stories by author Bernard Cornwell and the final book, titled War Lord, has just been published.

Speaking on how he got into acting originally, he said he spent a lot of time watching films at the cinema as a child, and he loved the Star Wars movies in particular.

He said he was not very academic, and would often skip school to watch films at the cinema instead, up to three times a week.

He started studying philosophy as his parents were not keen on him pursuing acting, but he was still cast in a Lithuanian film having developed a passion for the arts.

DON’T MISS…
Last Kingdom explained: What is the deadly plague Uhtred encounters? [EXPLAINER]
Last Kingdom: Was Uhtred of Bebbanburg based on Uhtred the Bold? [INTERVIEW]
Jeppe Beck Laursen: What else has The Last Kingdom star been in? [INSIGHT] 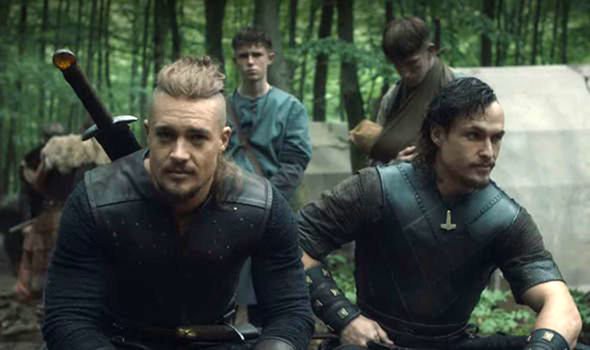 He told The Screen Chronicles: “At the time of The Last Kingdom I had just moved back to London from Russia, because I spent two and a half years living in Moscow because I fell in love.

“That ended and I came back to London, and at the time I was working as a flyer guy, street promotions. I just got a self-tape for it and I did it and completely forgot about it.

“I kept on doing the flyering job, and one day I got a call back. I was in the middle of my shift at 6.30 in the morning promoting a gym. I had completely forgotten about it.

“I had promised my mum I would apply for the Royal Acadamy of Dramatic Arts, which I did twice, and the call back was on the same day as the audition for RADA was. I told my mum I still went, but I didn’t.”

A few weeks later the aspiring actor received a call from his agent confirming he had landed the role, and his mother was pleased he had managed to get his first major acting job.

Fans have since come to love Fedaravičius on the series and the star has been keeping fans up to date from behind the scenes, sharing photos from filming on season four.

In May 2020 he shared a photo of himself with one of the show’s directors, saying: “Director @sarahogormanuk calmly explaining the exact plan of one of the hardest battle weeks yet to come. Or maybe we were just killing time because @alexander.dreymon was late… Either way, what did you guys think of episodes 3 and 4?”

He also shared a photo of himself with co-star Rowley, saying: “It’s times like these I love @markrowley90 the most – he’s silent, doesn’t want a drink and I could kill him in an instant if I wanted to. The thought gives you a lot of power. Seriously though, you all know how much I love this man.”

Fans are hoping to learn more about his character’s backstory in season five, as he is known to have a wife and son he was forced to leave behind when he joined Uhtred.

The Last Kingdom is on Netflix now