As per usual on Jeremy Vine, the TV presenter posed a wide range of questions to Channel 5 viewers and his panel. Inevitably, the coronavirus pandemic was at the forefront of discussion and Jeremy turned to the public for their thoughts on the government’s response.

While the government has come under fire recently for its response to the COVID-19 outbreak – for instance, Piers Morgan slammed Culture Secretary Oliver Dowden earlier today – caller Clare rallied behind Boris Johnson as she got in touch with Jeremy.

Jeremy had posed the question of whether it was right or not to blame the government for the spread of the virus.

Clare wasn’t having it, however, stating the government “know what they’re doing.”

Jeremy’s co-host Storm Huntley kicked off the debate as she introduced Clare to the show. 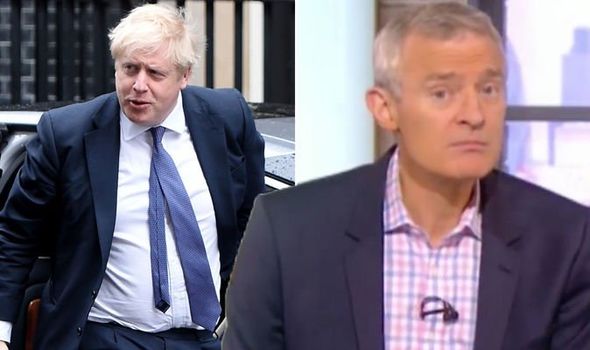 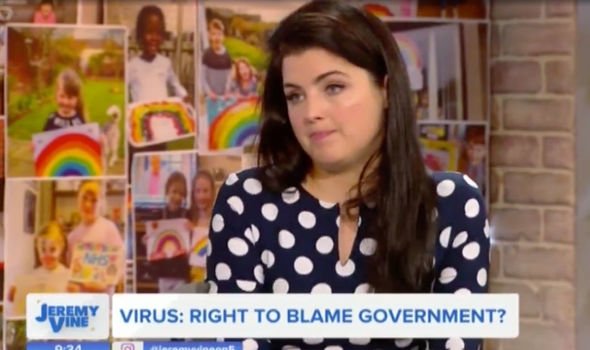 Storm said: “Lot of phone calls coming in so we’re going to speak to Clare from Hampshire first,

“She thinks we need to support the government, not condemn them.”

Jeremy then weighed in and expressed some support by her point of view.

The Channel 5 host replied: “I can see why you say that, Clare. Tell us more.” 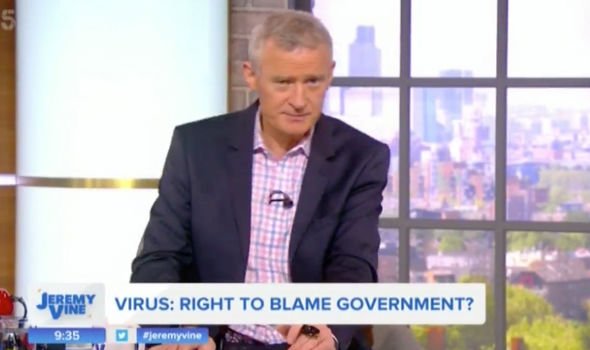 Clare was clearly impassioned as she began to explain her viewpoint.

She said: “Right, well I was very disappointed last week with everybody complaining,

“Because I know – yes, there have been mistakes made – but they are being rectified which takes time.”

Jeremy listened intently as Clare continued: “And to please leave the government alone,”

“Let them do their jobs,” Clare added.

The Channel 5 caller concluded: “(They’re doing) the very best that they can.

“We all need to stand together and there’s no way the government would not do their best,

“They have families, children, friends, and they’re working with the knowledge that they’ve known at the time, even at the beginning.”

Jeremy thanked Clare before moving on with the debate.

Following Clare’s call, Jeremy welcomed a number of other guests who opposed her standpoint.

The host will be back on the show tomorrow to hear from caller’s about the day’s topical issues.

Jeremy Vine on 5 continues every weekday at 9:15am on Channel 5.