LOOSE Women's stars have stripped off as part of the show's incredible Body Stories campaign.

Panellists including Stacey Solomon, Frankie Bridge, Linda Robson, Brenda Edwards and Nadia Sawalha have undressed for a campaign that rails against 'body tuning'. 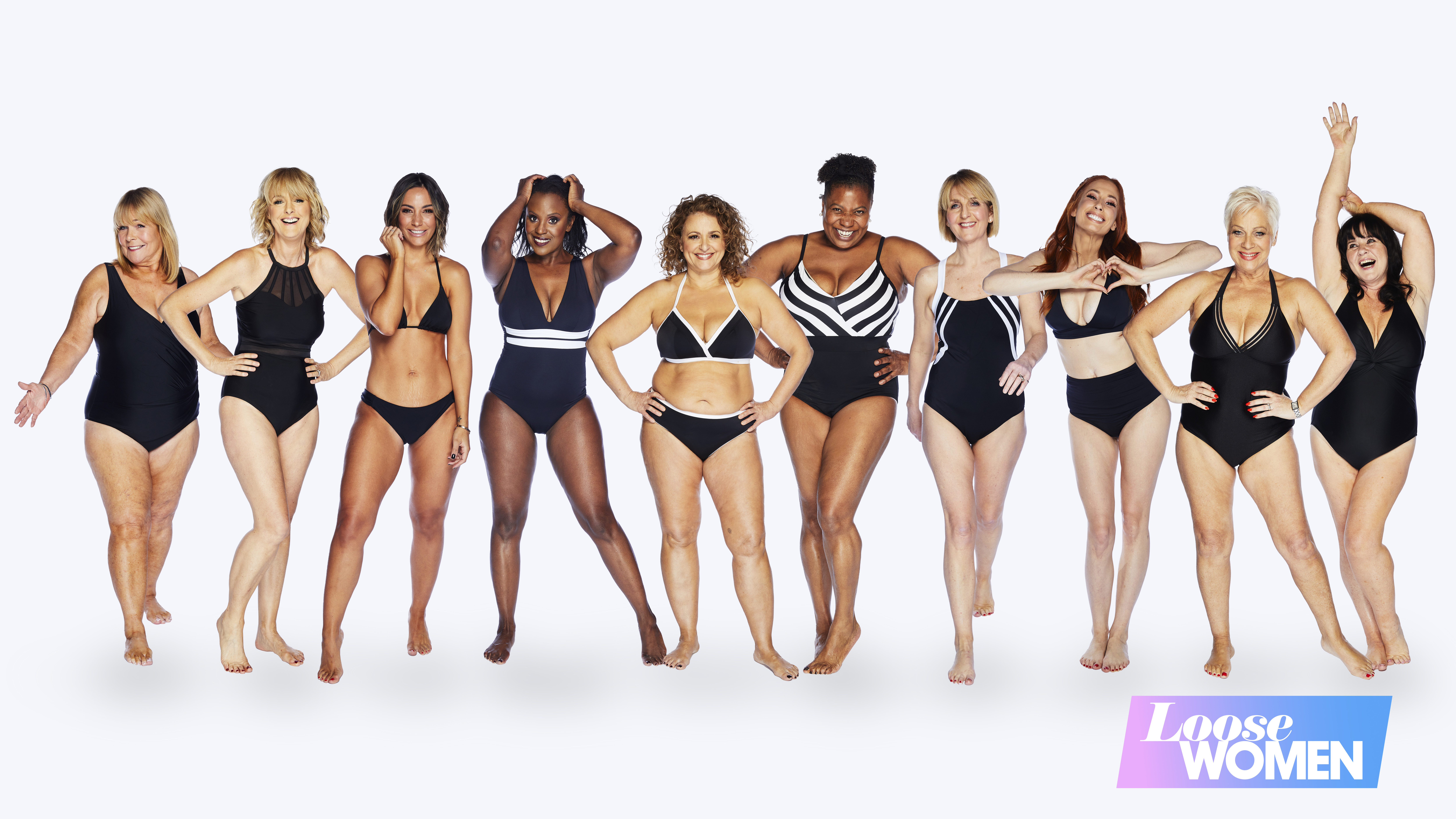 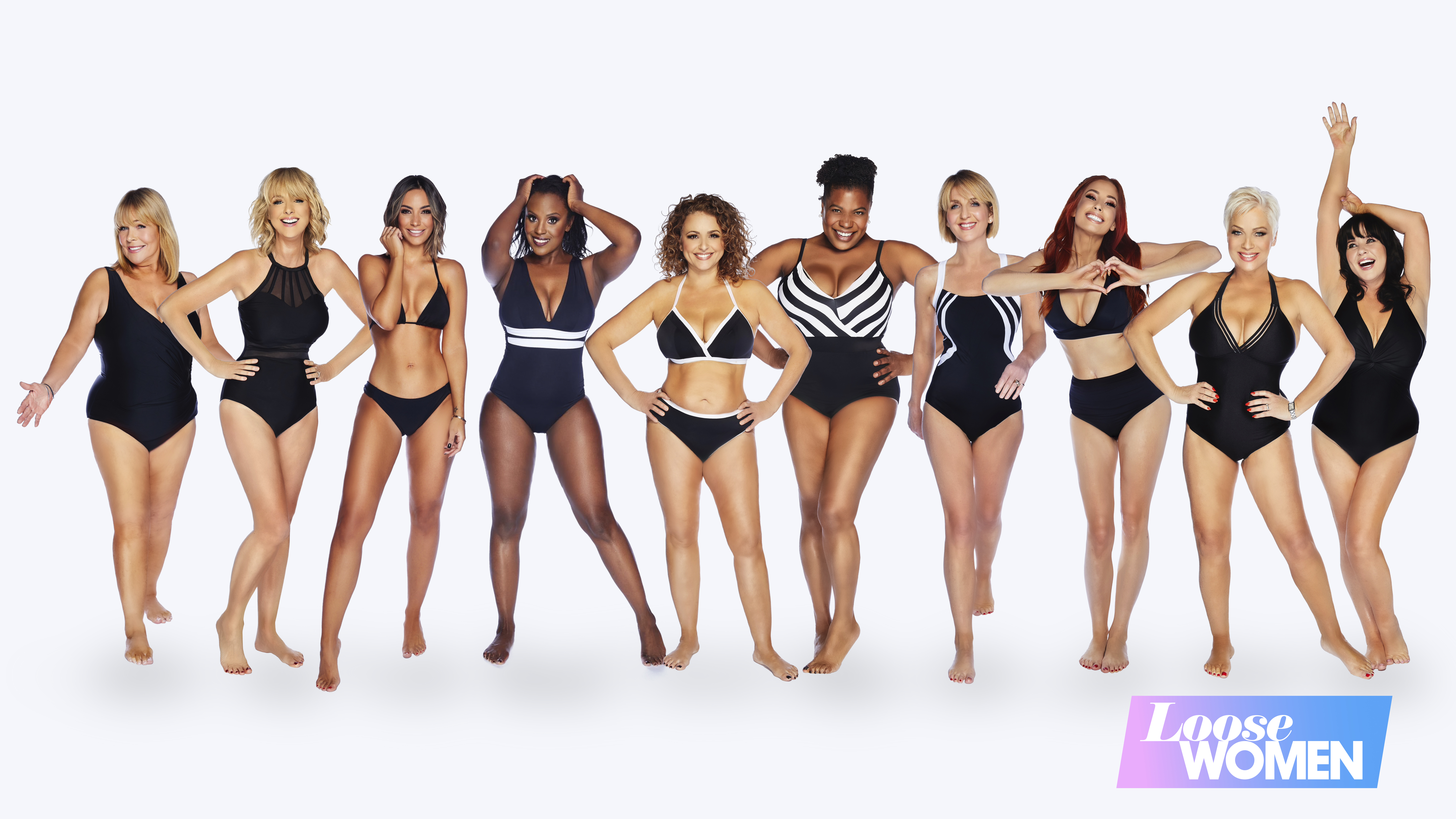 Jane Moore, Kelle Bryan, Kaye Adams, Coleen Nolan, Denise Welch have also taken part in the spectacular, which they first did in 2017.

The Loose Women favourites appear in two pictures – how they really look in the incredible snaps and after they have been 'bodytuned' using a controversial app.

They are showing off the results of today's episode of the hit ITV lunchtime show. 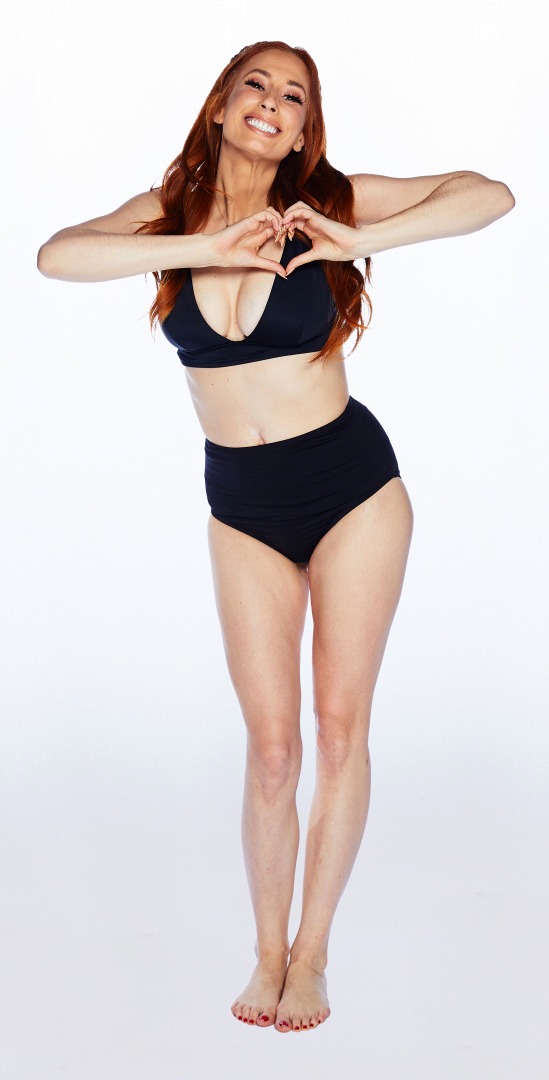 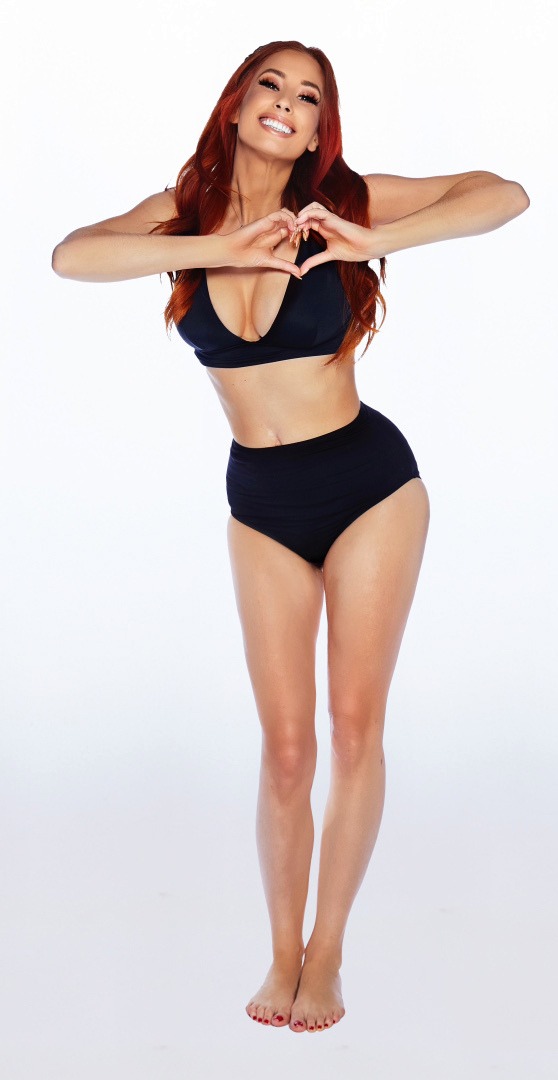 Mum-of-three Stacey, 31, said: “I loved doing Body Stories the first time and I was so excited to do it again.

"My body’s completely different, I’ve had another child since then. But I still have that picture hanging up in my dressing room, I love it, it makes me smile every time I look at it.

“I think every day you have to give yourself a bit of credit and say as many nice things to yourself as you would horrible. It’s about trying to flip it on its head. I don’t think that for most people you’re 100% confident all of the time.

"It’s a work in progress and every day you’re trying to convince yourself of the things that you are, rather than the things that you’re not. We get really good at convincing ourselves about the bad things, so it’s about de-programming that mentality." 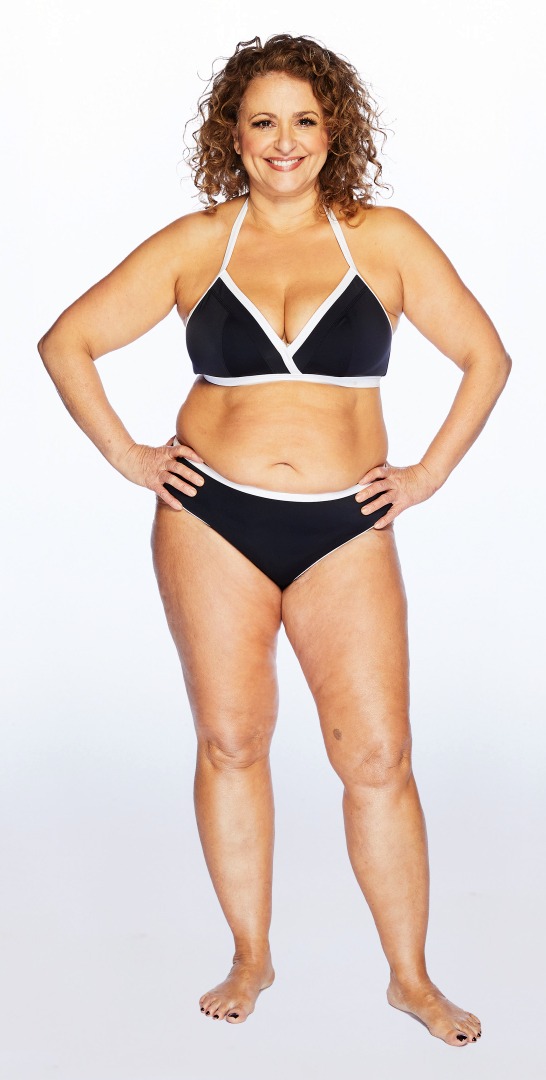 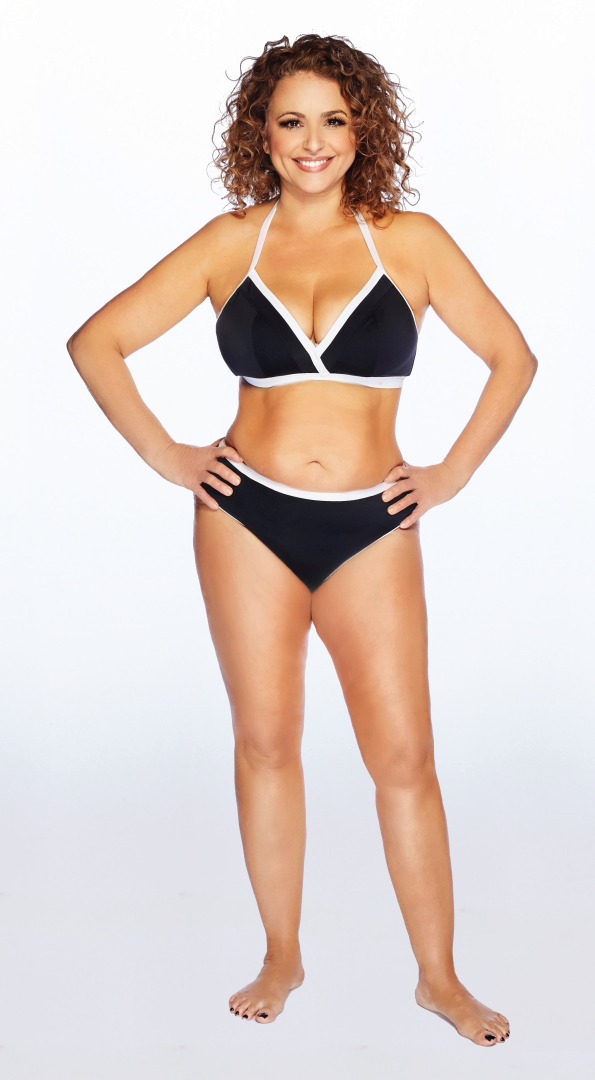 Actress Nadia Sawalha, 56, said: “When I think back to Body Stories in 2017, I wasn’t sleeping a couple of nights before. This time around, I was just like, ‘Oh I’m doing this’.

"Body Stories has had such a meaningful effect on me. It’s literally changed my life. It was the right point and the right catalyst.

"I look at the tuned picture for this campaign and it just feels fake. Seeing that ‘before photo’, I truly have acceptance.

"For me, I accept what I am, so I can get on with the job of just being a woman and not distracting myself with, ‘Oh my God, I’ve got cellulite, what am I going to do?’ I can’t believe the time I’ve wasted. I had ‘stinking thinking’. 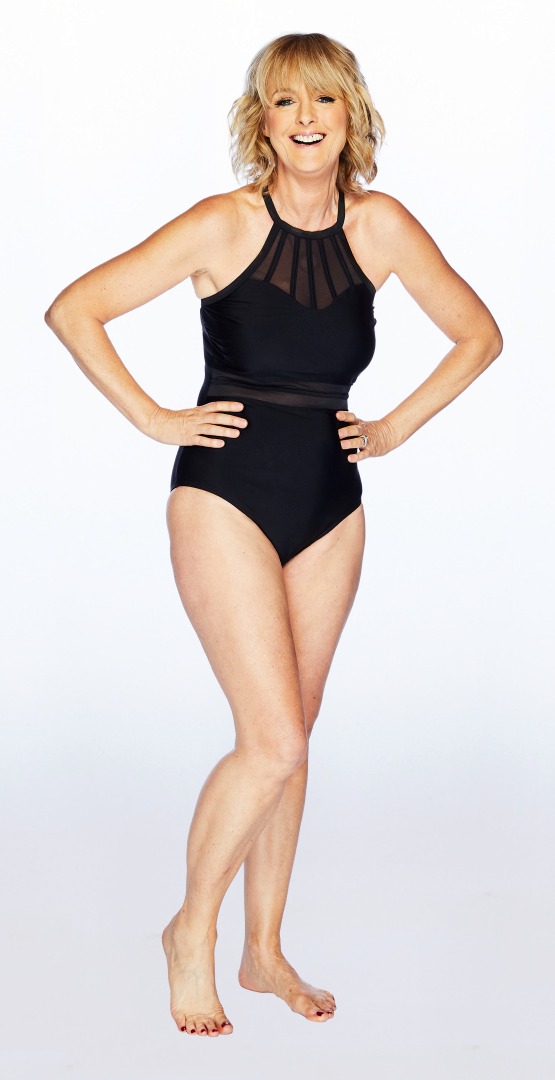 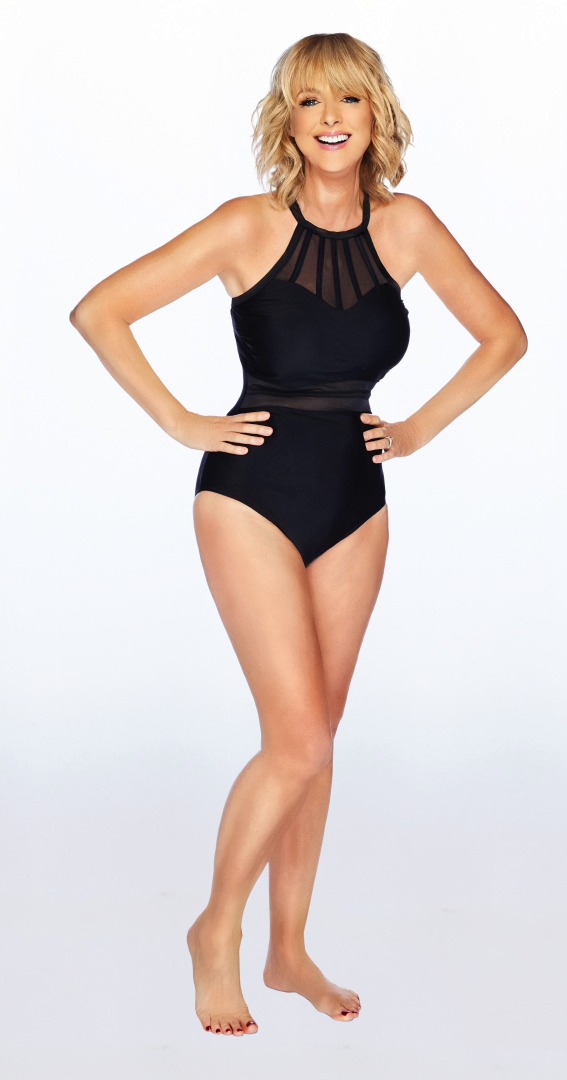 Sun columnist Jane Moore explained: “Body confidence for me is wrapped up in overall confidence, I think it’s all about self-esteem and if you like who you are as a person as much as everything else, then that translates to the whole package.

"Nobody’s perfect at the end of the day. As long as you kind of like who you are, know who you are, you’ll be fine.

“If you filter out all the differences, what are you left with? Just a clone. You can’t filter yourself in reality.

"I have no problem with it as long as you are also happy with what you
actually look like in reality." 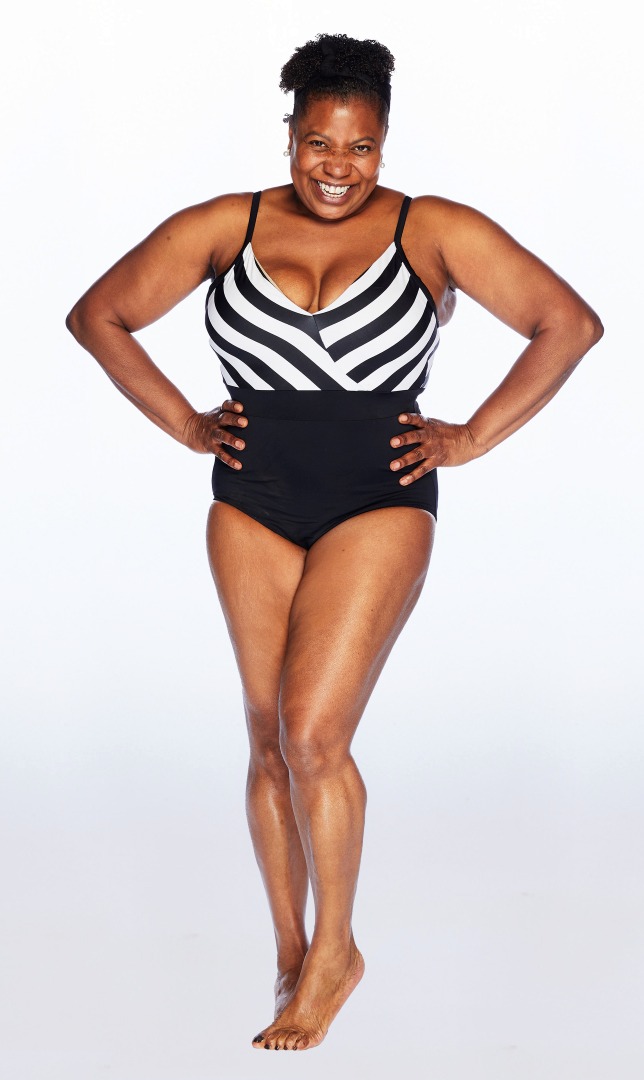 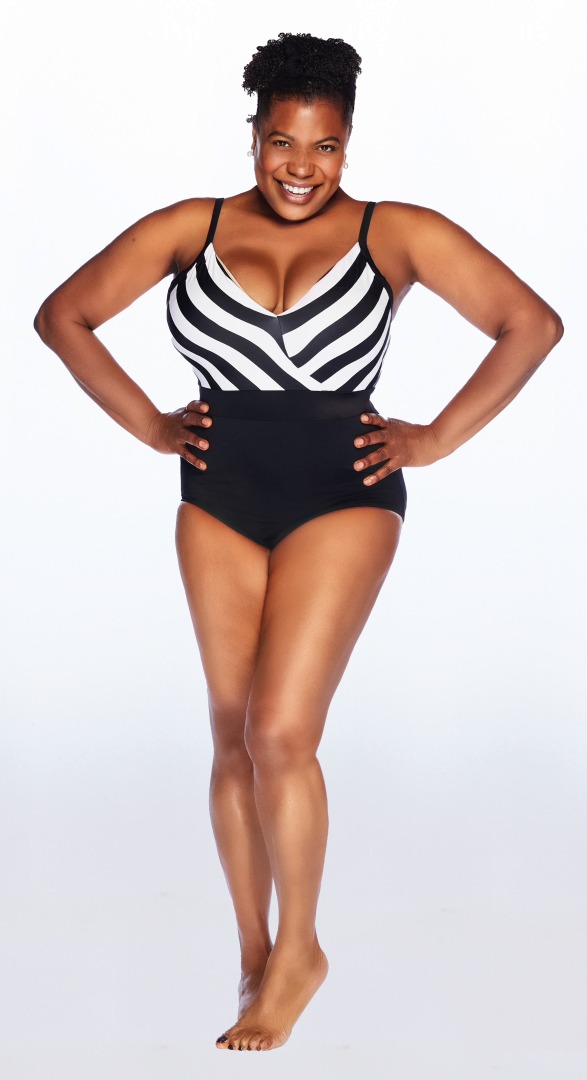 Brenda Edwards said: "I felt more confident going into this the second time around. The first time I’d never done anything and I would never dream of doing anything like that.

"After the first one, I did feel very empowered. And because my nervousness surrounded my breast cancer, I felt very embarrassed to have my body shown.

"So that’s probably why I hadn’t shown it up until that point."

Frankie Bridge said: “As a new panelist I feel so proud to be taking part in the Loose Women Body Stories campaign.

"So much has changed in the world since the rise of social media over the past few years, with children and young adults feeling the biggest pressure to look perfect, I remember that feeling from the early days of my career and still do now!

“This shoot is definitely out of my comfort zone, but as a mum, I feel I have a responsibility in spreading this message and whilst I’m sure we’re all guilty of editing pictures in some way, whether through a filter or some good lighting, I hope with this campaign we can encourage everyone to be transparent, honest and keep it real on social media.” 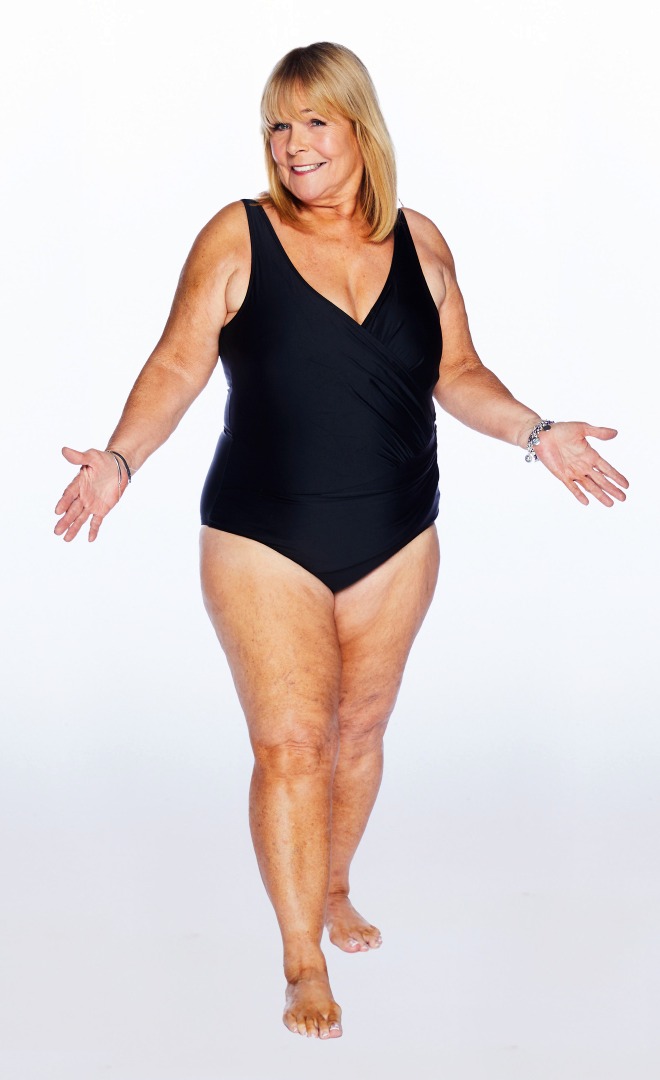 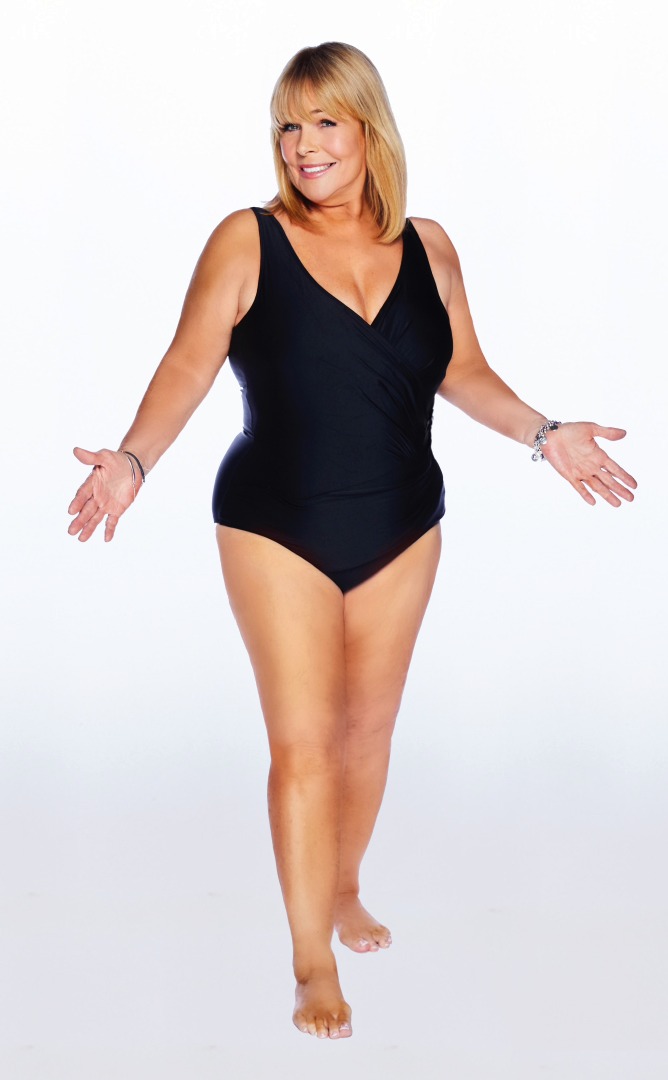 Linda Robson said: "When I post online I’d rather it was funny than glamorous. I want to have a laugh with people.

"I’m not that worried about my body anymore. It is what it is. You get to 63, and obviously I’ve got veins and cellulite, but that’s part of growing old I suppose. I don’t feel as nervous as I did for the first campaign.

"The reaction was just amazing last time. I’ve got the picture up in my kitchen. Loads of people were then doing their own Body Stories. It helped
a lot of people.” 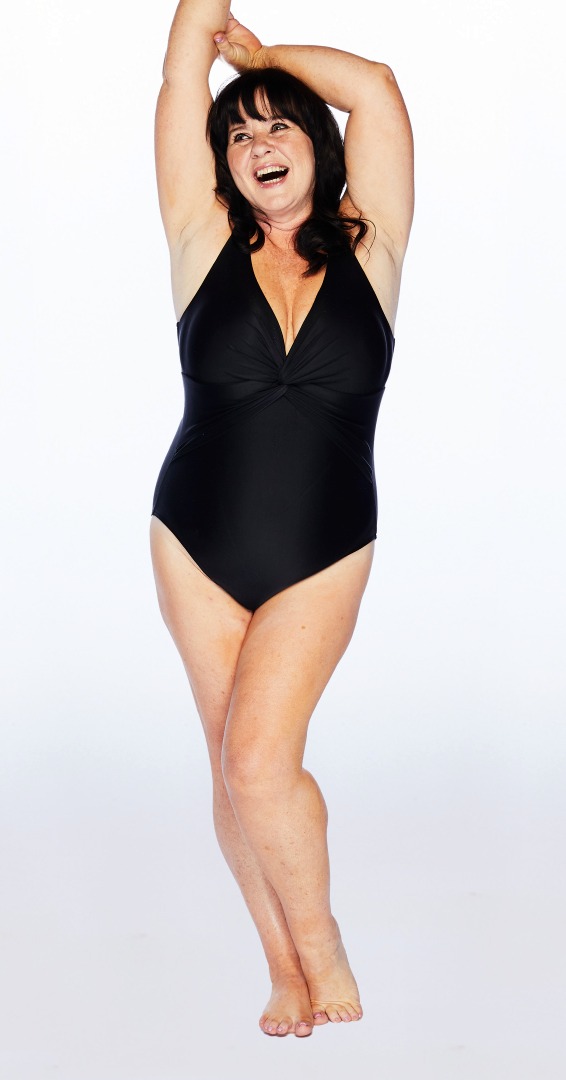 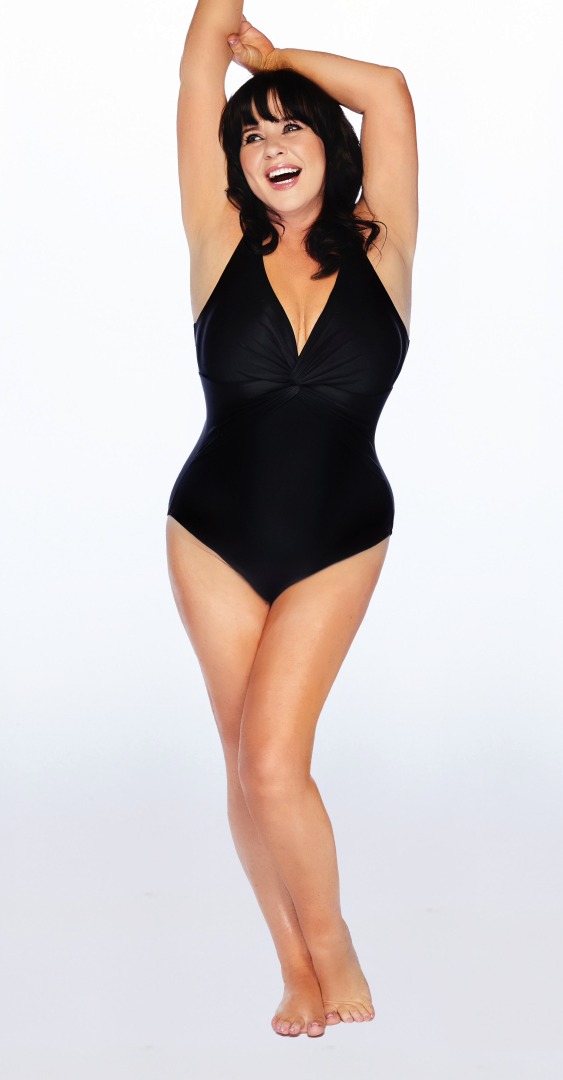 Coleen Nolan said: “When I look back to pictures of me a year ago where I was actually a lot slimmer, the irony is that that is probably when I was more insecure.

"In my younger days, when I should have felt amazing I was paranoid about being good enough. It’s sad to think that when I should have been enjoying my prime I was less secure than I actually am now all these years and quite a few dress sizes later.

"I think it’s even worse for young people’s body image and confidence nowadays thanks to the pressure of social media. It’s really important to get the message out now that no one is, or ever can be, perfect." 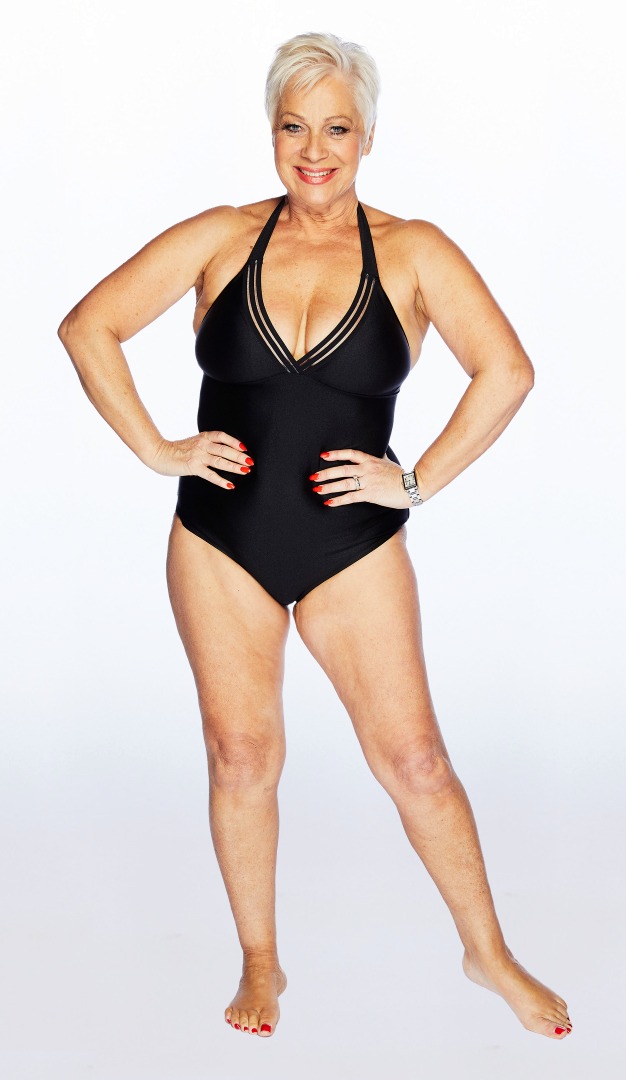 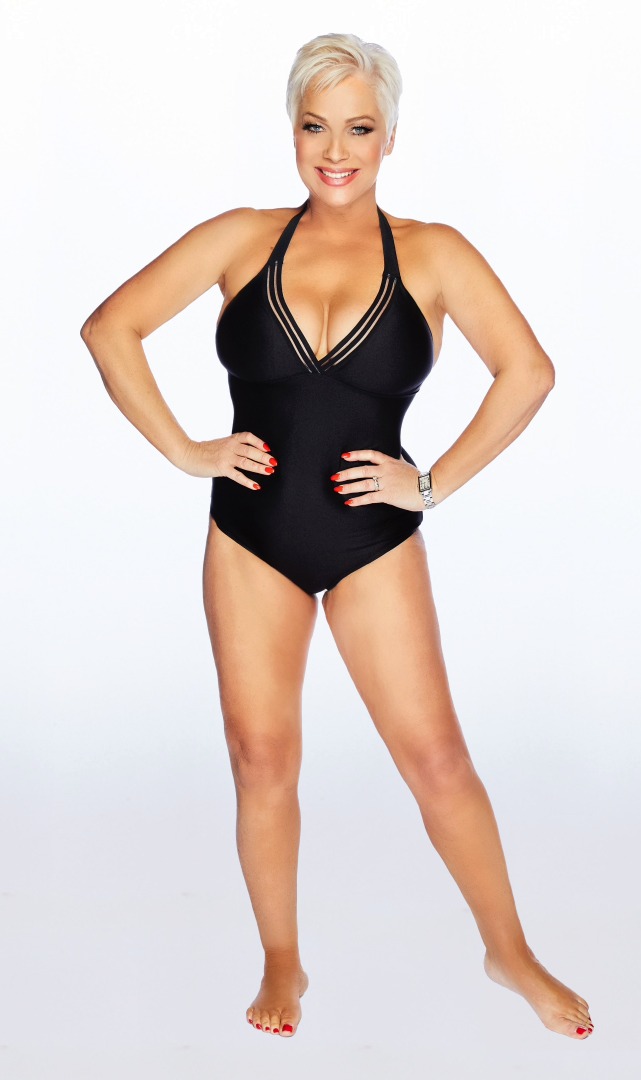 Denise Welch said: “I have no problem baring my all at nearly 63 years old. I am a huge advocate of empowering women.

"If me posing in a bikini or bathing costume helps one person go, ‘Do you know something, she’s got a bit of cellulite, she’s got a tummy, she’s got saggy boobs, all of those things, but she’s looking after herself, and she’s getting out there’.

"To me, that makes me happy. I think it’s so sad that we live in a world of compare and despair and that these young women – and older women – think that they have to distort their image and they look nothing like themselves. I’m very proud to be part of the campaign.”