Speaking about the vaccine rollout boost, the politician was thanked by Good Morning Britain presenter Susanna Reid for the successful vaccine rollout in the UK. But as he responded by thanking her on the ITV programme, he called it “GMTV”.

“The vaccination programme has been a massive success story,” Reid began.

“And we’ve seen the effectiveness that it has on people and the reduced chance of getting Covid or being hospitalised or worse with Covid, and also the effect it has on transmission, reducing that, it’s absolutely fantastic.

“Viewers and voters might say ‘Well what does it matter?’ and I know ministers when they come on to talk about it say ‘It doesn’t matter’, however it does, doesn’t it?” 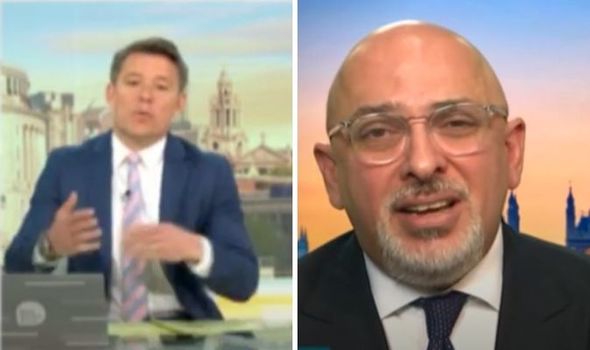 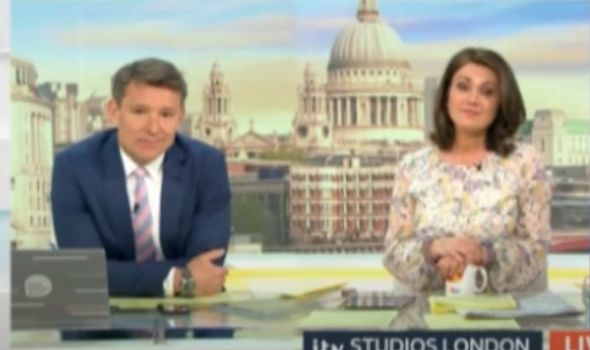 She later asked: “Did the Prime Minister pay for the decoration and refurbishment of his flat or did that money come from someone or somewhere else?”

Zahawi responded: “Thank you for your very kind words, and I stand on the shoulders of the real heroes and heroines of this deployment campaign, the NHS, doctors, nurses, GPs, pharmacists.

But he was soon left red-faced when he added: “By the way, and thank you, at GMTV for everything you’ve done to communicate how important it is to get vaccinated and the British people just get it-“ 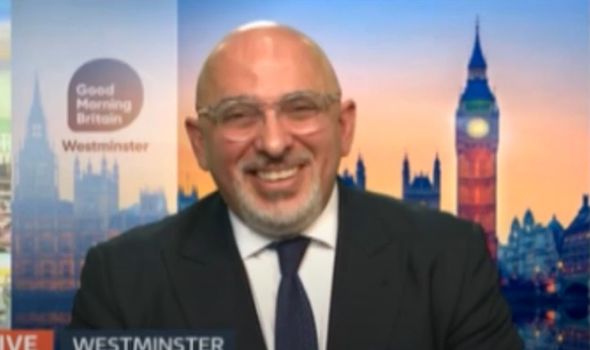 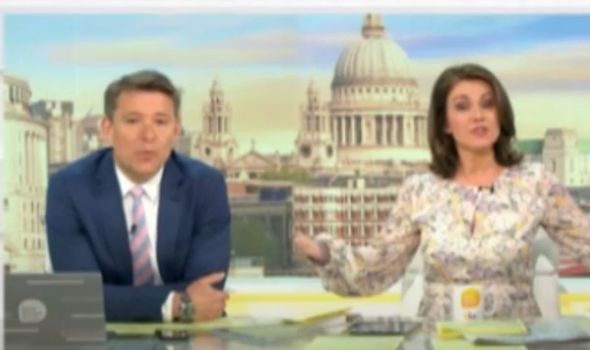 “But we stand on the shoulders of those, too,” Reid quipped.

“It’s quite serious, this issue,” Susanna continued, leading the politician back to the question.

“Absolutely,” Zahawi replied. “And your viewers will be asking themselves If this flat refurbishment was done, did we pay for it, did the taxpayer pay for it?’ and they didn’t.

“The Prime Minister paid for this very clearly; he set out that he paid for the refurbishment.”

“He eventually paid for it,” Reid cut in. “My question was did he initially pay for it or did the money come from somewhere else?”

“So I’m coming to that,” Zahawi said. “The Prime Minister said he followed the ministerial code with the advice of his officials,” he went on to explain that it was being investigated.

It comes as debate surrounding Boris Johnson’s flat revamp financing has sparked outrage among some.

Viewers were quick to pick up on the awkward moment between Shephard and Zahawi.

One took to Twitter to say: “Ben have you never said anything wrong? poor guy who’s having questions fired at him accidentally says GMTV and rudely you point out it’s GMB and had been since??. Who cares! Hardly crime of the century. #GMB.”

Another person wrote: “GMTV, thats going back a bit #gmb.”

Good Morning Britain airs weekdays on ITV at 6am.