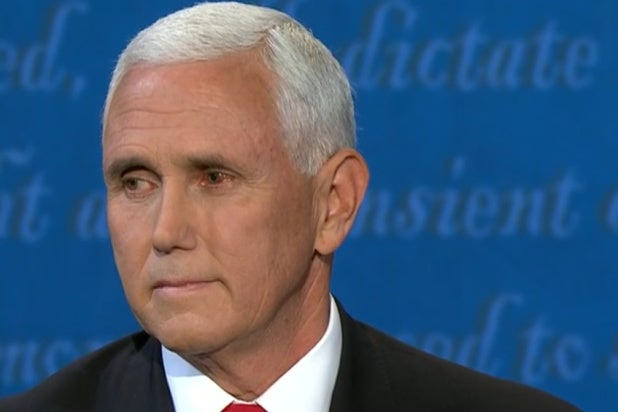 The vice presidential debate between Sen. Kamala Harris and Mike Pence was certainly a more muted affair than last week’s debate between Joe Biden and Donald Trump, but it certainly managed to spawn plenty of chatter nonetheless. And much of that chatter was about Pence’s left eye, which looked pretty red.

There was also a common thread in many of the responses on Twitter: pink eye is one possible symptom of a COVID-19 infection. Which is relevant given the coronavirus outbreak in the White House. WebMD no doubt got a surge of traffic to this article about that very topic given how often it was shared during the debate on Wednesday night.

As you are likely aware if you’re paying attention to news about the vice presidential debate, Donald Trump is currently infected with COVID-19, as are many others who work in the White House. There was a concern coming into the vice presidential debate that Pence might have it as well, and so the candidates were moved to 13 feet apart — up from seven feet during last week’s debate — and plexiglass barriers were placed on the stage between them.