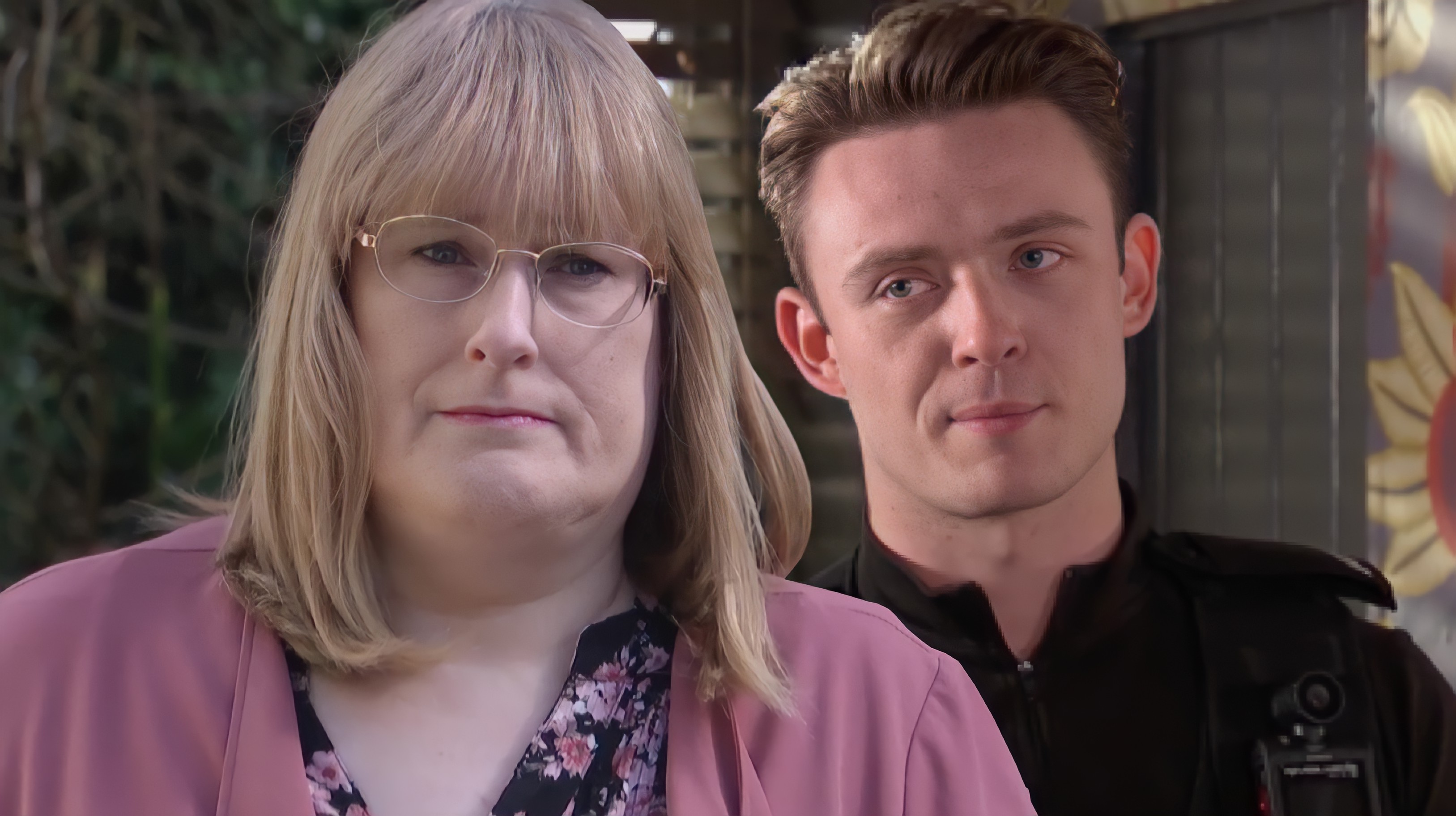 The head teacher is responsible for the murder of George Kiss (Callum Kerr).

After she confessed, John Paul resolved to take responsibility for the crime in order to save Sally from a life behind bars.

Sally, however, is desperate to take her punishment and have her son released, but there’s no evidence to prove that she killed George.

Next week, the principal of Hollyoaks High decides to re-enact George’s murder in the hopes of recording it and using the footage to prove she committed the crime!

She even casts Sylver (David Tag) as the murdered policeman!

Whether her plan works or not remains to be seen, but – desperate to be sent down for what she did – Sally later turns to PC Smith (Callum Lill) for assistance!

PC Smith reveals he needs a sample of her blood to proceed, but when Theresa (Jorgie Porter) discovers Sally is working with the dodgy copper, she reminds her that he cannot be trusted.

But will her plan pay off?